Day Nine: A day when the sound of helicopters constantly reverberated through every meeting venue, when security lines grew long and tedious, and when delegates and observers were compelled to acknowledge that what was going on outdoors was perhaps more significant that what was going on in the Bella Center.

What was going on outdoors was sunshine. It was the first full sun in the past week, and was glorious.The smiles embraced the painted faces, gay displays, and imaginative performances as the people of Copenhagen and the world took to the streets. This was the day of the big climate demonstration, to let the delegates know, as if they didn't already, that the whole world is watching. Smiling faces from 100 or more countries; old people in wheelchairs, babies in strollers, singing, dancing, chanting, hollering. There were no angry faces, no signs of hatred or violence, no chaos and no crime.

This was not as it was portrayed in the press, with 900 arrests and cordons of police with batons and gas grenades; this was a line of happy people, in a celebratory mood, that stretched six kilometers from city center to COP-15. At the back of the line, separating the demonstrators from the police, were three rodeo clowns, putting their own bodies between the bulls and the bullriders, whistling and ushering away protesters from potential harmful contact.

The signs may have varied (and we have posted many more to our Facebook album) but the message was this: "DO YOUR JOB! THE WORLD IS RELYING UPON YOU TO SAVE THE PLANET! WE HAVE NO OTHER!" 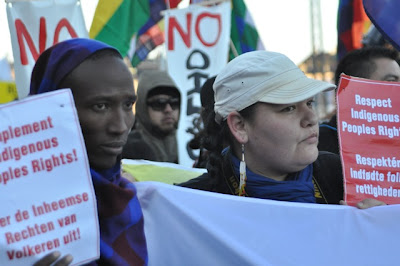 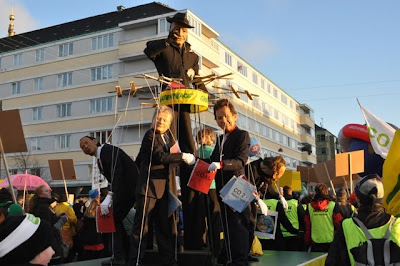 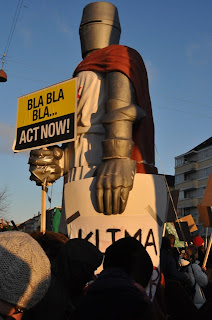 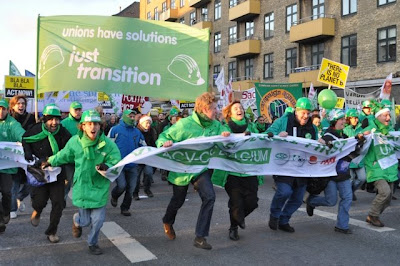 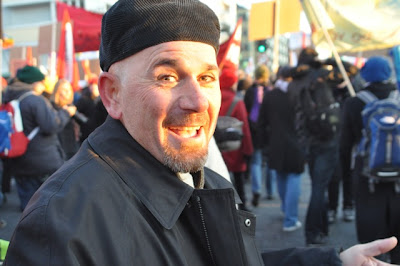 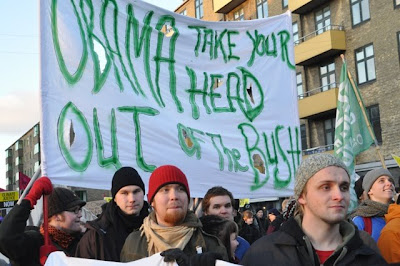 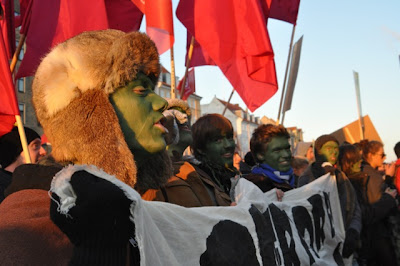 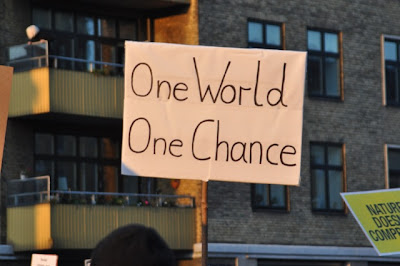 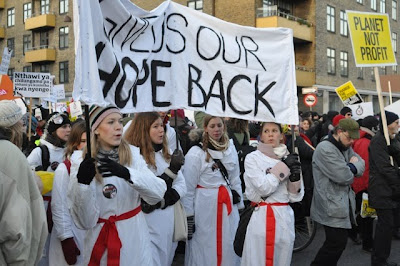 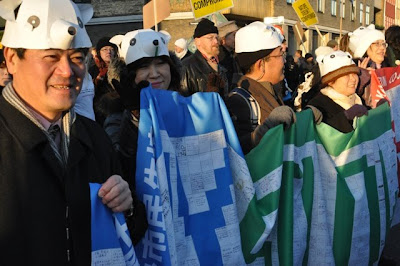 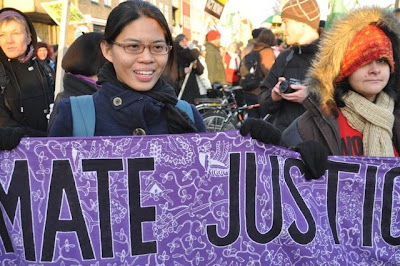 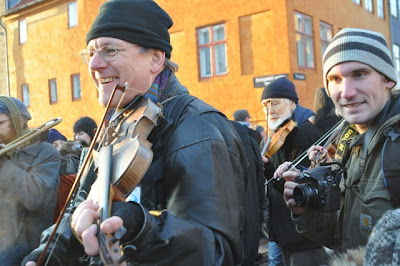 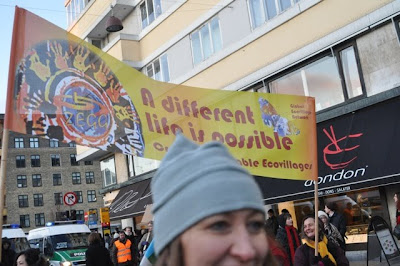 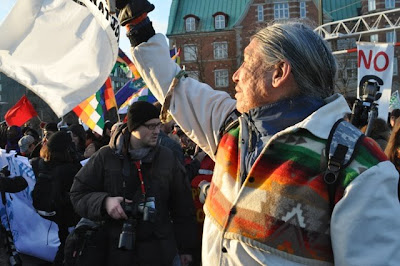 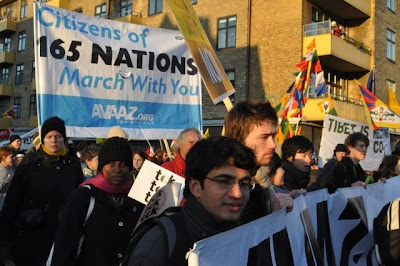 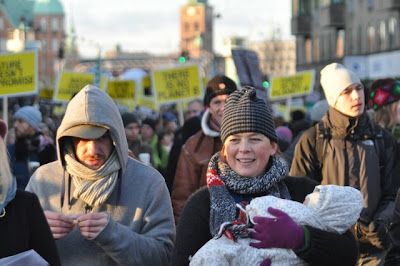 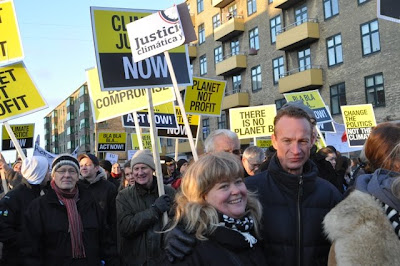 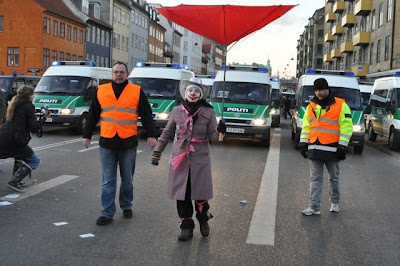