Two years ago we visited with the Black Rock Arts Foundation, pro-playa-tors of Burning Man, at their clandestine warehouse near San Francisco. 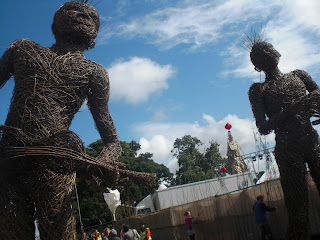 The occasion was the first meeting of the season to plan the Man, whose intended theme in 2008 was to be The Green Man.

“If you want to be really green,” we opined, “you should be thinking LED man.” We imagined a 50-foot giant, illuminated by thousands of colorful, 1 uW cells. The principals were open to the discussion, recognizing that it had been proposed before and it opened up some possibilities. Wedging that crack and pushing a bit harder, we cast a vision of a CO2-free festival — an artistic statement about care for the atmosphere. The discussion then got a bit more heated, 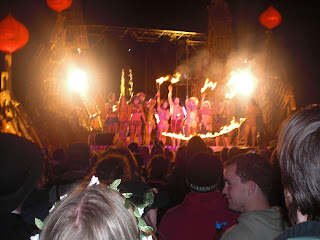 with several of the pyrotechnicians coming to the defense of propane flares as visual arts and raising the usual canards about how exothermic exhibits are only 3% of the festival footprint, free expression is the raison d’etre for the whole shebang, and people attending festivals are exhaling only a fraction of their normal CO2 anyway, being deprived of all the accustomed appliances and energy-loads of daily life in the Big City. 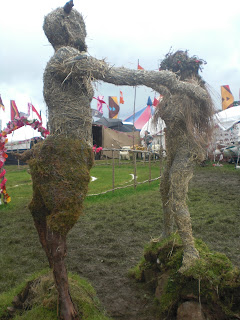 We were about to launch into a longer riff about reclaiming the high ground — that visual arts are a non-verbal symbolic communication and the message of Burning Man is only about climate consciousness in a perverse reverse dramatis personae sense — but we suddenly felt our knees chopped out from behind and the conversation toppled like a harvested barleystalk. A ninja communitarian had been lurking in our shadow and was apparently growing uncomfortable with the high profile her invited guest to this discussion had taken and worried that it might reflect badly on herself. Being trained in the martial arts of intentional community as a long-standing co-housing resident, she dispensed 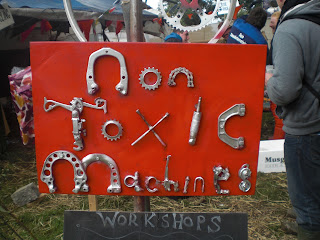 from her cloak a smokebomb that completely enveloped the discussion. Our credibility was shredded so completely by this deft move that further utterances would have been totally pointless. 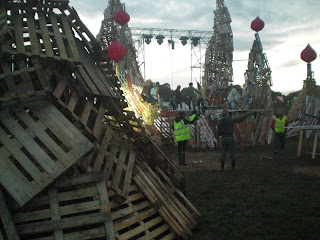 “He has never been to Burning Man,” she said.

Oh, the shame. Even more so because we probably will never go to Burning Man, either. The Green Man went forward more green wash than green change. The one that followed, just now, was no different. 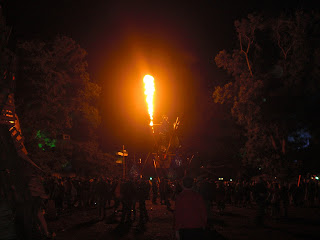 Don’t get us wrong, we appreciate Burning Man for what it gets right. It builds community. 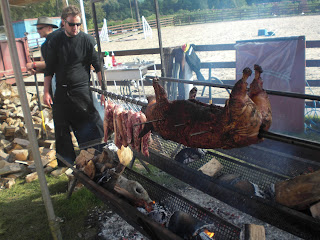 From nothing. No food vendors, no sanitation, no money, no social order. Just sand, wind and scorching sun, out in the desert, miles from the Las Vegas dystopia. Community, and nothing else. It works on the gifting economy, loaves and fishes. It is one of the purest expressions of personal creative freedom anywhere on the planet. And it belches flames. 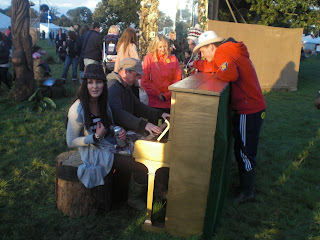 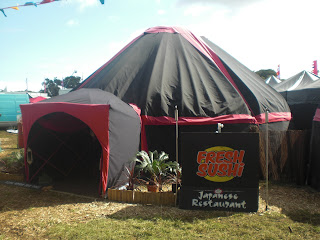 Burning Man. Pyrotechnics also plays a role, but mostly it is permanent stages, sculptures and natural features that are gradually added to the horsey travellers’ site and remain while 90% of the festival features go up and come down in a 30-day period each year, almost just almost ready in time for 40,000 picnickers to push through the 300-to-500 euro ticket stalls on Friday and party on through Sunday night. This is not Woodstock or Burning Man, with just peace, love and music. 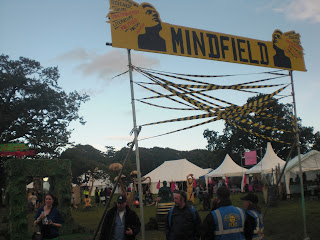 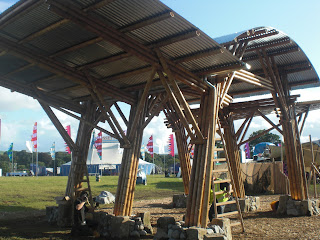 It is an odd disconnect. And the irony is, it is all unnecessary. There is a niche just waiting for the right company or art troupe to come in and exploit: carbon-negative festivaleering.

At a minimum, all of the pyrotechnica being done with propane and lighter fluid could have been accomplished with pyrolysis gases and wood vinegar, leaving bounteous biochar to re-green the site when the mud dries. Or in the case of Burning Man, to green the desert.
Posted by Albert Bates at 6:16 AM No comments: