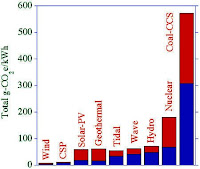 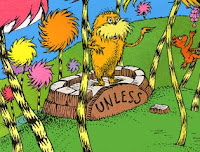 Posted by Albert Bates at 11:21 AM No comments:

We have been outside the USA for the past month, wandering in the wilderness, as it were, and pondering the way forward. 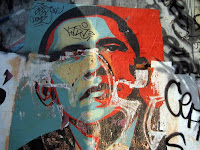 Back home in Tennessee, Sarah Palin is saying “This was all part of that ‘hope and change and transparency,’ and now a year later I got to ask the supporters of all that, how’s that hopey, changey stuff workin’ out for ya?”

It was a valid question.

Ms. Palin had no better policies to offer, no grand vision. She could only evoke the mythic Ronald Reagan — not the real one who saddled the US with the most massive deficit in its history, torpedoed a rare opportunity to purge the world of atomic arms, trashed the ingenious energy policy and Mideast peace bequeathed by his predecessor, armed and trained Al Qaida, and subverted the Constitutional limits on Presidential war powers while enriching a small coterie of George H.W. Bush’s wealthy friends, particularly in Saudi Arabia. 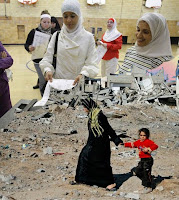 Irony is, Reagan was small potatoes compared to George W. Bush, and Bush was tame compared to his immediate successor. What Palin seem to imply was that if she were President, you could just dispense with the goodie-goodie Obama charade, because she would be Reagan on steroids.

Where does that leave American voters? Wandering in the wilderness. Won’t you join us?

We are not tea partiers or right wing wackos. Obama is not a naïf, Mirandizing terrorists, closing Guantanamo, and socializing the medical system. Neither are we green apologists or starry-eyed leftists. Obama is not hamstrung by his opponents, still climbing a learning curve, gauging electoral sentiments, or bridge-the-divide moderate to a fault. He may be captive to his advisors, many of them seeded there by Dick Cheney, but he is still his own man. It is that man that troubles us. We seem to have elected King George, again.

He has protected those who trampled both the Constitution and the nation’s honor, to the point of destroying the rules of international law to effectuate that perfidy. He has expanded illegal wars of aggression. He has lent his full support to the genocide in Palestine, sending the Army Corps of Engineers to erect a Great Wall between Gaza and Egypt. His army has dithered and withheld aid while our own Palestinians, the Haitians, died in their own sad version of the SuperDome or Gaza, receiving black-Kevlar’ed jack-booted paratroopers where water and first aid was the most desparate need.

He has shrouded his true foreign and domestic policies in secrecy. While renouncing torture, he has continued it under a different name. He has resumed illegal rendition. He has re-inserted Blackwater as a covert arm of his policies. He has ordered the anthrax and 9-11 attacks and cover-ups,  the Camp No murders, Eric Prince and worse, to go uninvestigated and hidden. He has authorized the assassinations, without trial, of U.S. citizens found on foreign soil. He has imprisoned and tortured thousands of innocents abroad, including children, without charges, rights of counsel, or due process of any kind, and continues to imprison and torture more each day. He has used the full weight of his Justice Department to oppose judicial scrutiny, even in private suits where the US is not a party. 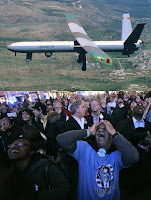 Fresh war crimes are commited daily, at his express direction. He has expanded illegal drone attacks on neutral countries, killing numberless civilians (“bug-splat” in military parlance) despite the clear evidence of multiplying resentment and blowback towards our national security. In secret he has built new and huge military bases and future internment centers in countries such as Colombia and Pakistan — more than 800 in Afghanistan alone. In an era of diminishing oil supply he has ordered completion of fleets of oil-dependent supercarriers and the jets to bedeck them, and this despite the fact that the US now has more aircraft carriers than all other nations of the world combined, each nearly twice as large as the largest of any other country’s.

While Michelle Obama plants an organic garden in her backyard and packs PBA-laced water bottles into her children’s lunchboxes to wean them off soda pop and onto something far more deadly, her husband has put forward no plan to replace fertilizer dependency with healthy soil programs, ban terminator seeds, or wean the nation from its oil-dependent food vulnerability. With a three-day supply of groceries in most cities and world crude reserve estimates in free-fall, the US is being set up for famine. Let them eat aircraft carriers.

He has subverted the rule of international law by rejecting the UN consensus process, abandoning the Kyoto Accords and wrecking the Copenhagen summit on climate change, our last best chance to have a binding international treaty to reduce greenhouse gas emissions. He has instigated a program of economic growth where economic contraction is demanded. He has installed corrupt bankers to manage the nation’s currency and evaporating reserves, and they have looted the public treasury to lavish gifts upon the guiltiest among themselves. Although greater taxes are required to restore stability, he has called for tax cuts and freezes on spending for schools, hospitals, State government services, and care for the disabled, elderly, and hungry.
In sheltering the criminal conduct of his own and his predecessors while lending aid and comfort to oppressors of human rights abroad, he has ceded the moral high ground, just as the British Raj ceded it when they clubbed and shot peaceful protestors in India. Without a moral cause, our troops and veterans are dying not from enemy bullets, but of their own internal torment and self-inflicted wounds. 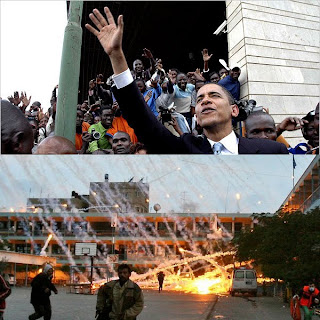 Napolean said, “Never interrupt your enemy when he is in the process of destroying himself.” This is something Sarah Palin and the Republican Party would do well to take to heart.

For those of us that hold no brief for either insanity, we need neither posture nor protest. We can perform our own land redistributions, sponsor local production for local needs, and grow voluntary simplicity from seed to harvest. We can be democratic and re-instill nonviolent, cooperative society, community by community.

Barack, we thought we knew ye. Then we hoped you were playing the long game, one we could ne’r ken. We were badly wrong. You are just plain and simple evil.

We know that now. And we will stand up to be rid of you, and all you stand for.