"
Re-entering the United States after a 4-month hiatus to saner parts of the world, we are struck by how even Alexis de Tocqueville underestimated the pathology of the population here. Coming back is like putting on x-ray spectacles, maybe the pair passed to Joseph Smith by the Angel Moroni. USAnians, particularly the Republican variant, are truly warped.
Tocqueville observed that USAnians possessed a tendency for each to isolate himself from the mass of his fellows and to withdraw into the circle of family and friends. “[W]ith this little society formed to his taste, he gladly leaves the greater society to look for itself.” In such conditions “we lose interest in the future of our descendants... and meekly allow ourselves to be led in ignorance by a despotic force….”
Tocqueville said this condition would lead to the government playing the role of all-wise parent and the citizenry that of “perpetual children.” The hook was entrepreneurial opportunity; the chance for beggars to become kings. Europeans in the early 19th Century held no such illusions, Tocqueville argued; they knew full well that the lower classes had no hope of gaining more than minimal security, while the upper classes had scant chance of losing their hereditary advantage.
Frankly we cannot remember a point in our lifetime when the national discourse has sunk to a lower level. That is saying a lot, because although we were not around for the sinking of the Maine or Lusitania, or the“surprise” at Pearl Harbor, we grew up with the Red Scare, first from Truman, then from Eisenhower; the Missile Gap Kennedy used to flank Nixon; the Tonkin Gulf incident that LBJ crafted to fund the Vietnam War; Nixon; Reagan; Bush Sr.’s Operation Just Cause that left a civilian body count on the sidewalks of Panama City comparable to New York City’s on 9-11; 9-11; and Obama’s Af-Pak drone wars, the omnipotent terror from above. These were and are deceptions that conduce our “sheeple” to trust their all-knowing parents to protect them. 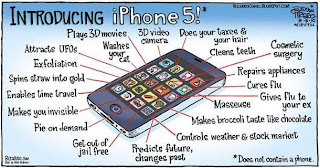 The bobble head news cycle is carried along on well-trod framing crafted by long-in-the-tooth Republican strategists who seem to think the iPhone generation can be motivated to vote for an evangelical prophet of infinite prosperity by 5-second bytes of coded epithets and saber-rattling against Mexican job-stealers or Moslem jihadists on our doorstep.
Mitt Romney said of Obama in Alabama, “This is a president who thinks America is doing better. He should go out and talk to the 24 million Americans who are out of work or stopped looking for work or are unemployed.” That is correct as far as it goes; until you get to his promises to put people back to work and build a prosperous economy by opening up new energy horizons like the Keystone XL Pipeline and hydrofracking. Newt Gingrich promises to return gas prices to $2.50 per gallon, the lowest in the Western world. Drill Baby Drill. 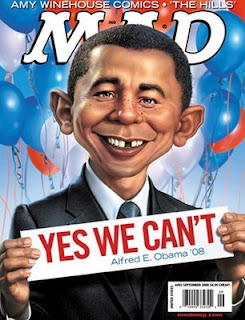 It isn’t any better on the other side. Democratic Governors Association spokeswoman Kate Hansen told reporters, “If Republican governors would focus more on job creation and expanding opportunity instead of hard-right sideshows like attacking workers’ rights, suppressing voter turnout and mandatory ultrasounds, perhaps their states would be able to close the gap with Democratic-led states, which are creating 21st century jobs at a higher rate and making the investments a modern economy needs to promote continued growth.”
On March 17, in his blog post for the New York Times, “Follow the Money, Follow the Sacredness,” Jonathan Haidt wrote:

The Notre Dame sociologist Christian Smith once summarized the moral narrative told by the American left like this: “Once upon a time, the vast majority” of people suffered in societies that were “unjust, unhealthy, repressive and oppressive.” These societies were “reprehensible because of their deep-rooted inequality, exploitation and irrational traditionalism - all of which made life very unfair, unpleasant and short. But the noble human aspiration for autonomy, equality and prosperity struggled mightily against the forces of misery and oppression and eventually succeeded in establishing modern, liberal, democratic, capitalist, welfare societies.” Despite our progress, “there is much work to be done to dismantle the powerful vestiges of inequality, exploitation and repression.” This struggle, as Smith put it, “is the one mission truly worth dedicating one’s life to achieving.”

This is a heroic liberation narrative. For the American left, African-Americans, women and other victimized groups are the sacred objects at the center of the story. As liberals circle around these groups, they bond together and gain a sense of righteous common purpose.

Contrast that narrative with one that Ronald Reagan developed in the 1970s and ’80s for conservatism. The clinical psychologist Drew Westen summarized the Reagan narrative like this: “Once upon a time, America was a shining beacon. Then liberals came along and erected an enormous federal bureaucracy that handcuffed the invisible hand of the free market. They subverted our traditional American values and opposed God and faith at every step of the way.” For example, “instead of requiring that people work for a living, they siphoned money from hard-working Americans and gave it to Cadillac-driving drug addicts and welfare queens.” Instead of the “traditional American values of family, fidelity and personal responsibility, they preached promiscuity, premarital sex and the gay lifestyle” and instead of “projecting strength to those who would do evil around the world, they cut military budgets, disrespected our soldiers in uniform and burned our flag.” In response, “Americans decided to take their country back from those who sought to undermine it.”

This, too, is a heroic narrative, but it’s heroism of defense. In this narrative it’s God and country that are sacred - hence the importance in conservative iconography of the Bible, the flag, the military and the founding fathers. But the subtext in this narrative is about moral order. For social conservatives, religion and the traditional family are so important in part because they foster self-control, create moral order and fend off chaos. (Think of Rick Santorum’s comment that birth control is bad because it’s “a license to do things in the sexual realm that is counter to how things are supposed to be.”) Liberals are the devil in this narrative because they want to destroy or subvert all sources of moral order.

The problem, Haidt observed (as did Olympia Snow a day later), is that it is immoral to compromise if you are confirmed in this faith. You have to be uncompromising. Whether you are defending against the “War on Christianity” (as a Mormon, no less), or the war being waged on trade unions, minority voters, immigrants and women, you are not permitted to compromise. It is war.
The current president is waging his own war on immigrants (deporting twice as many as his predecessor), civil liberties (claiming powers of indefinite detention and to execute citizens without trial) and international law (the drone wars, Gaza, climate change), which leads us to wonder which tribe’s sacred principles he pledges allegiance to? Probably neither. Can pragmatism be sacred? Hardly. Being the stepchild of compromise, pragmatism is profane.
What the tweedledum/tweedledee political parties seem to be agreed upon is that the USA should harken back to 19th Century Europe, where the lower classes have no hope of gaining more than minimal security and the upper classes have scant chance of losing their many advantages. That is a formula for an Occupy Everything resistance movement, but one easily diffused and co-opted by the material wealth and equality promises USAnians are suckers for.
The national discourse is a circular kabuki, with heroes and victims exchanging masks in an elaborate choreography moving left to right and back again. Confused? We are. Rome is burning. The barbarians are at the gate. This theater is on fire, and no one is yet moving toward the exits. Is the stage play THAT good? 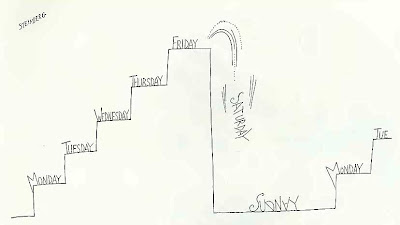 Remove the masks and what we see are nearly identical actors: one black, one white; one bought and paid by the 1%, the other from the 99%; both doing everything they can to return us to the status quo ante — the way things were when oil flowed easily from the ground, the atmosphere had plenty of carbon parking space, the population could be fed, housed and amused cheaply on the backs of immigrants, and vast empires-for-the-taking stretched out over the horizon if our military was mighty. Casting spells of frontier colonies on Mars, near-infinite deposits of creamy energy under the Dakotas, and other fantasy utopias passes for reality now. Voters and investors alike are swept up in a nostalgic frenzy. And as they fantasize, so their tiny boat drifts closer to the falls, and is encircled by the current.
For, as Tocqueville wrote in 1835, “The inhabitants of the United States may retard the calamities which they apprehend, but they cannot now destroy their efficient cause.”
Posted by Albert Bates at 1:25 PM 1 comment:

"If all capital is eventually backed by natural resources and ecosystem services, how can a country so rich in those elements, a country that has hosted monumental (solar-powered) civilizations in past centuries, find itself so intractably desperate and deprived?"