"When the folks at Climate Interactive plug in every promise made at these talks (the American offer on the table, the Chinese promise to reduce "energy intensity", the EU pledges, and so on) their software tells them almost instantly how much carbon they would eventually produce. When they hit the button last night, the program showed that by 2100 the world's CO2 concentrations (currently 390) would be – drumroll please – 770. That is, we would live in hell, or at least a place with a similar temperature. So that's the scorecard. You may hear a lot of happy talk from world leaders over the next few days as they "reach a historic agreement". But that's how it all adds up."

Day 12:  The City has put together a photography exhibit in one of the plazas off of the Stroget. In a small tent Mark Edwards has a dazzling sequence of photos that capture one of the theme songs of the conference, Bob Dylan’s Hard Rain.

Last evening, as we left Christiania, we could not help but notice the crowds had increased, not just there, but everywhere in the city. Riding the metro and standing listening to conversations at crosswalks we noticed these newcomers were predominantly young — 15 to 20 — and spoke German, Polish, French, Italian, Norwegian. Wow. We’re at Copenstock, we thought. And have you heard? they just closed the New York Thruway, man.

Kids all over Europe are dropping their classes, leaving their jobs, and hoping trains, buses and rides to Denmark. Word is, this is where humanity’s fate will be decided. 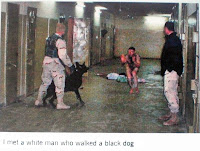 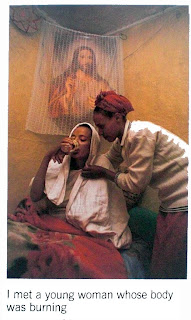 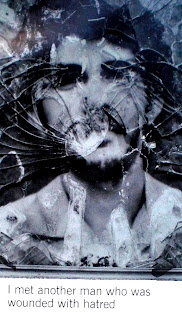 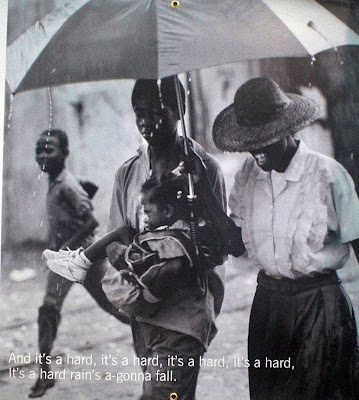 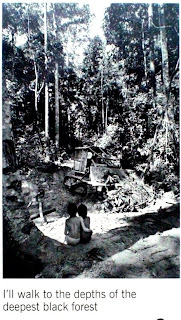 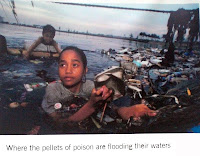 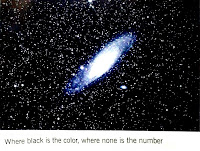 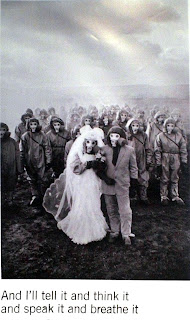 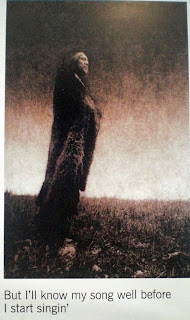 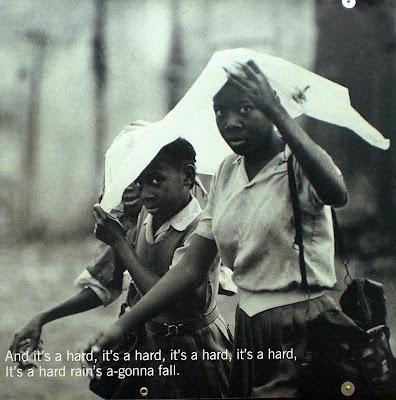 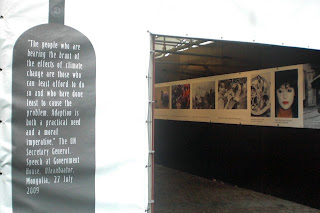 This was a day of ritual purification. The COP authority found itself with 5 times more registrants then expected, now that Obama is coming. The 40,000 in delegations exceeded the capacity of the venue by a factor of four. Moreover, the press is flying in from all over the world and setting up satellite farms. To make room, the NGOs and IGOs are being rationed space. On Sunday night the UN announced that to get in Tuesday, heads of delegation must appear at the registration table Monday and collect secondary passes, two to a delegation. When we went Monday morning, that line was 8 hours long, so we decided to wait until later in the day, but then the line was still long, and when it closed at 5 pm it stranded many of us still without the passes.


Some people blame the host country for a lack of foresight, but that should be examined more closely. In a country where half of the people in the capitol city bike daily, and where parlimentary ministers, cabinet officers, and many other government authorities bike to work, the choice not to build out and otherwise prepare the city as if for an Olympic Games was quite intentional. They just did not expect Copenstock. 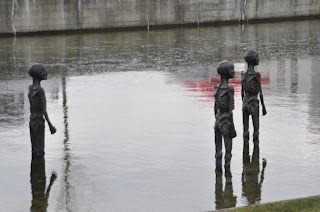 We showed up to queue at opening hour on Tuesday, having walked the last kilometer, past newly installed statuary of climate refugees, because the police shut off the Bella Center metro stop. We commenced to stand outside the in subzero temperature, with high wind and a light snow falling, for six hours, and then inside on serpentine queues for another 2 hours. Tens of thousands of us did this. Cheerfully. At one point the Danish Army brought us coffee, but with no toilets, we decided that accepting the offer might be unwise. So without water, in freezing cold and snow, with no food, no toilets, and no chairs, we stood. We considered it a rite of passage, one to confer suitable respect for what we were all there to witness.

We were not to be disappointed, at least as yet.

In this space we have sometimes been dismissive of politicians, and with justification. Meetings like the COP are filled with them, and so one cannot expect a great deal from the process. Given the seriousness of the threat being discussed here, that is especially tragic. Existentially so.

However, tonight, we felt proud to be homo sapien.

Eight days ago there was an opening ceremony that began the conference with song and rallying speeches. That was a precursor, but in the past week, the stakes have really gone up and you can tell that the pressure from the unified voice of the people has been felt at the highest levels. We imagine it must be a little disconcerting for Connie Hedegaard, President of COP-15, to ride the trains in Copenhagen and keep seeing herself pictured under the banner, “Your children will ask, ‘What Did You Do?’”

Tonight she fired back. After brief talks by Ban Ki Moon (“We have to seal the deal”), HRH Charles Prince of Wales (“They will not remember us for what we said, but for what we did”), and Danish Prime Minister Rasmussen (“We don’t have time for courtesy and protocol... the world is watching... no one can duck and cover... we must simply do better and BE better than ever before”), Hedegaard began with a hefty dose of reality.

She continued, “If we are going to make it, and we will, because we must, we have to act and act now. ... Hundreds of thousands have taken to the streets. Millions have signed petitions. Billions are out there waiting to see what we do.

“Climate has moved to the top of the international agenda. Now is the time to take big steps.”

Big steps will be needed. The African Group and LDCs, supported by the G77/China, requested suspending all negotiations on both tracks, except for the part focusing on Annex I (developed world) emissions cuts. The EU and Australia,among the developed world, found this unacceptable. President Hedegaard put together a bilateral arbitration panel to crunch through the differences and make a consensus recommendation.

Canada, which finished the first week with a commanding lead in the Fossil of the Day medal count, surprised everyone by issuing a press release saying it had agreed to 40% reductions from 1990 levels by 2020 and was committing 1% of its GDP for mitigation and adaptation in the 2/3 World. Although the news made it to the Wall Street Journal, it turned out to be a Yes Men prank which was self-righteously rebuked by no less than the Prime Minister of Canada, Alberta R. Sands.

Worse, the US has surged from the back of the pack to pick up a spate of trophies in the past two days for its laughable position of 4% below 1990 by 2020 and zero for mitigation and adaptation. If the US can make up the past week’s lost ground by the time Obama arrives, they still have a chance of catching Canada — now 34% above its Kyoto target and climbing — and regaining the Bush years’ crown as Fossil of the COP.

As of today, Tuesday 15 December, the draft negotiation text is very short on details pertaining to agricultural sector solutions and technologies, but a placeholder text is being circulated for domestic agricultural and land use activities of industrialized countries as well as for the financing of cooperative agricultural sector mitigation activities in developing countries. The document includes the promise of biochar as a high-impact, low-cost climate mitigation and adaptation technology with multiple co-benefits. More information on the COP15 can be found at http://unfccc.int.

Sounds like quite an interesting meeting. I've been very curious to hear about your experience there. Sounds like it has been quite an adventure. I'll read some more.