Kill All The Scientists

"We are being treated to the bizarre spectacle of an entire world of 190 countries held hostage by 60 or 70 millionaire Republicans in the US Senate." 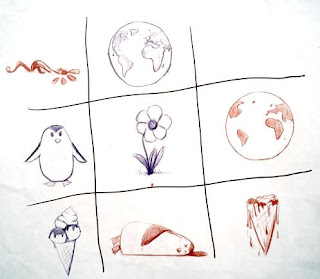 We are reminded of Elisabeth Kübler-Ross's classic formulation of the five stages of grief — denial, anger, bargaining, depression, acceptance — that are transferable to varying degrees and in different ways to personal change and emotional upset resulting from factors other than death and dying, such as the "solastalgia" distress produced by environmental change of one's home environment. 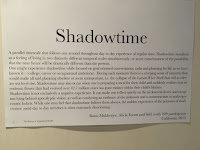 At the climate conference in Paris, denial has gained an upper hand over bargaining, as Saudi Arabia, speaking for (openly) the Arab States and (indirectly but transparently) for the US, Canada and Australia, as well as other oil producing countries, has blocked the report of the Structured Expert Dialogue from reaching the floor of the plenary for consideration. 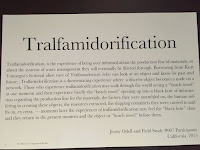 Barred were the 70 Wise Men's recommendations, such as discarding any notion that 2 degrees, or even 1.5 degrees, can be considered in any way safe, or that there are somehow remaining parking spaces in the atmosphere that India and China can take their sweet time to fill by building more coal plants and fracking.

At a late night session on Thursday, while several small committees took red-pencils to a number of bracketed items on the negotiated text, striking items like adaptation finance (too “open-ended”) and kickbacks for avoided deforestation, the Saudi's objected to “anything of substance” in the Structured Expert Review being reported to the plenary. 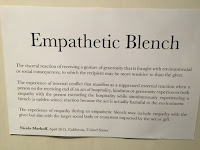 To recap what we described here at the start of the week, the Structured Expert Dialogue was begun in 2013 and completed in 2015, released in draft in Bonn, watered down for presentation at the Summit, and then scheduled for release here this week. Saudi Arabia drew its line in the sand and refused to back down. Procedural recommendations, such as periodic science reviews every five years beginning in 2020, were okay to mention. Just nothing of substance from the report. 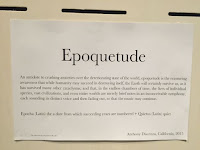 After everyone had tried their best to get the Arab Group to back down, and the hour was drawing late, India and China sided with Saudi Arabia and so the deal was done. The COP21 targets will not be based on science. Denial won the day.

The thing is, denial was already winning here in Paris. The debate over whether there could be a binding treaty signed, as has been promised since before Kyoto almost 20 years ago, is only necessary because the world's historically largest polluter, proud parent of 25% of anthropogenic greenhouse gas now heating the atmosphere, 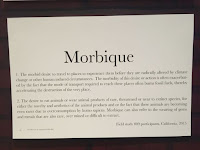 has a constitution that vests power over treaties in the hands of a Senate of 100 members, millionaires all, a hefty and safe majority of whom are climate deniers put where they are by the Koch brothers and other fossil money sources. And so we are treated to the bizarre spectacle of an entire world of 190 countries held hostage by 60 or 70 millionaire Republicans in the US Senate. Knowing they will never ratify a treaty forces all 190 countries to bend light around their star. 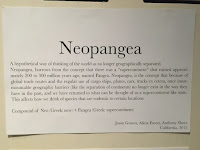 We are called homo sapiens sapiens, the smart, and now even smarter, variety of erect naked ape that diverged from other apes in the Pleistocene 2.5 million years ago. We got that name from Carl Linnaeus in 1758, but it may be overdue for an update. If the Holocene was our cradle, the Anthropocene is our assisted care facility. We have grown so demented perhaps we need to be straight jacketed so we don't hurt ourselves.

When we think of what sets humans apart from other animals, we tend to think of qualities like subjectivity, self-awareness, sentience, sapience, and the ability to perceive the relationship between oneself and one's environment. Many philosophers divide consciousness into phenomenal consciousness which is experience itself, and access consciousness, which is the processing of the things in experience. 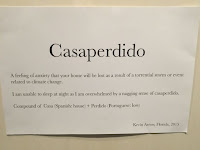 If the Climate Conference in Paris tells us anything, it is that while we may yet retain our subjectivity, self-awareness, and communicative capabilities, we are steadily degrading our sentience, sapience, and perspective of just how far divorced we have become from the natural world.

That a small number of heads of countries who stand to personally profit in the extremely short term from kickbacks from fossil fuel industries can thwart an earnest and impassioned attempt by the majority of humanity to arrest climate Armageddon tells us that not only has the UN multilateral consensus process failed, but so have we all.

And so, like the Elves of Middle Earth, we pass into the West, taking our science with us.

At least financial collapse will downshift us first. Sorry this COP has been such a debacle.

The UN process was never going to deliver much more than an agreement for action from all participating nations. That may still happen and would be worthwhile in itself, although not sufficient. Given the competing interests, that is the most that the politicians can be expected to achieve. It leaves all of the rest of us with the task of actually sorting out the future.

I'm reminded of that scene in Jaws where the mayor, who's fearing for the financial catastrophe that would hit Amityville if the beaches were to close down to tourists, has a conversation with Hooper the scientist..."Mayor Vaughn: I don't think either of one you are familiar with our problems.
Hooper: I think that I am familiar with the fact that you are going to ignore this particular problem until it swims up and BITES YOU ON THE ASS! "

Albert, you know we're up against the devil. You have informed us well. You have fo fought the good fight. This is all over Facebook.

Beautifully written piece thanks, but I'll hold judgement on COP21 for another week until it finishes.

A sad state of affairs, for sure. Thanks for keeping us informed, Albert.

Sorry, nice rhetoric , but I don't believe the basic premise. Global cooling (Time & Newsweek 1976) became global warming , and now climate change. Kyoto wanted to impose undue expense on western society while giving China and India a free ride. This has the effect of weakening Western society, probably prior to its subjugation by those same ultra rich that you feel are undermining climate change response at the UN. They are simply managing the current response as Western Europe is being weakened by being overrun by actual refugees and boatloads of men who are already wreaking havoc. Just as we look for the reasons for wars, you need only follow the money because it's always the money that drives these situations. Look at who is getting the money for climate change responses and studies. By the way, as a professional engineer, I've spent over 45 years saving energy and abating pollution. I strongly believe and abating pollution. To get a scientific look at climate change, here is a link: https://www.youtube.com/watch?v=nq4Bc2WCsdE

Your title is very attention getting but it is also very irresponsible.

I have gotten threatening phone calls, etc, and I do not find your headline very clever, even if meant ironically.

Please, let's not plant the idea of killing scientists in the minds of any nuts. This is one headline that we don't want to become a meme.

You take ironically, but there are nutters out there that can be incited by such rhetoric.