"Everyone has some wisdom, but no one has all of it." 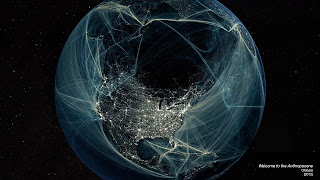 Come gather 'round my children and I will tell you the great story; the story that existed before all other stories came into the world.

There was once a time when the only stories that existed were in a locked box held by the Sky Demon, Winklevoss. A spider named Zuck, seeing that the world was a rather boring place without these stories, set about a plan to steal the box from Winkelvoss and release the stories to the world.

He rose into the sky on a silken thread that he spun, and asked Winklevoss if he could give the box to the people so that they could enjoy the stories and learn from their wisdom. Winklevoss was impressed that Zuck had even found a way to approach him, so even though he did not want to release the stories, he offered them to Zuck if he could complete what he thought was an impossible task. Winklevoss told Zuck that if he could bring four creatures to him, he would trade Zuck the stories for them. The creatures were the most fearsome in creation; Brexonini, a huge python, Donangelo, a proud leopard, the deadly Koch Hornets, and the invisible warlock MitchMcConnellnastia who was famous for his ruthlessness, avarice, and quick temper.

As Zuck left, declaring that he would do these tasks, Winklevoss laughed to himself thinking that each was impossible, and all four combined would be insurmountable.

Zuck himself wondered how he could do this, but he was determined. Soon he realized that in order to beat the best traits of the four creatures, he would have to use his best trait – his trickery. He devised plans to defeat each of the four beasts and quickly put them into motion.

First, he sat outside of Brexonini’s lair and pretended to argue with himself. First, he would say, “Is not!” and then follow it with “Is so!” Soon the python’s curiosity was aroused, and he asked Zuck what he was doing. Zuck had been waiting for this moment, had spun a vast spiderweb around the world, and had enlisted the help of his friends at Cambridge Analytics to predict the exact moment when the serpent would be most receptive to being tricked. Zuck told Brexonini that his friends the Koch Hornets had said the branch of the tree he was hanging from was longer than the snake, while he thought the snake was longer. Brexonini said that there was an easy way to sort it out. He would unravel and separate himself from the tree, stretch himself out next to the branch and see which was bigger. Zuck suggested that since it was difficult for the snake to stretch his curves to the full length of the branch, they should tie him to it to measure. Brexonini agreed, and this is how his vanity allowed Zuck to capture him. Try though he might, and although he shouted “No deal!” when he found himself ensnared, Brexonini could not exit from the branch.

Next was the loudmouthed Donangelo, with orange hair, whose vanity was legendary. Zuck observed that Donangelo’s vanity demanded he show he was superior to his rival, the lady hawk Hillarbama, so Zuck dug a deep pit in a place the Koch Hornets told him Hillarbama would be walking. The next morning, he found Hillarbama had fallen and become trapped in the hole. Offering to help, he spun a rope from his webs. I will throw you this rope, Zuck told Hillarbama, but you must first agree to tell fake news stories about Vladimir Putin and Julian Assange that have been carefully developed by the Koch Hornets to help you position to the right of Donangelo. After consulting with Cambridge Analytics, Hillarbama was happy to use this strategy to best Donangelo and to climb out of the pit. When Hillarbama began climbing, the sticky web became entangled in Hillarbama’s legs. Zuck spun a larger web to display to the world how “Crooked Hillarbama” had become trapped by her own lies. When Zuck showed Donangelo how he had used Hillarbama’s own strength to capture the hawk, Donangelo offered Zuck a position in government and a free round at his golf course. This is how Zuck used Donangelo’s pride to tame him and do his bidding.

For the Koch Hornets, Zuck cut a small hole in a gourd and made a plug for the hole. He then gathered water on a huge leaf. He poured half over his head, and half on the Republican Party, ruining it. When the Koch hornets angrily flew out to see what had happened to their party, Zuck exclaimed that the rains had come early, but that the hornets could hide in the gourd where the Tea Party was gathered and Donangelo had agreed to protect them. The first of the Kochs flew in, and then the other, along with everything that was left of the Tea Party and the Republican Party. This is how Zuck used hive-mind to trap the hornets and their minions in the gourd and then to use his servant Donangelo to destroy them all.

Finally, he had to trap the crafty fairy MitchMcConnellnastia. He knew this final task would be the most difficult, but he also knew of the creature's weakness for yam paste. Zuck crafted a gum baby, attached a web line to its head, and set a bowl of yam paste. Soon MitchMcConnellnastia came along and saw the yam paste. He could not resist and asked the gum baby for permission to have some. Zuck pulled the web, making the gum baby’s head nod.

Taking all these creatures to Winklevoss, the Sky Devil presented Zuck the box containing all the stories of the world.

Zuck was troubled. He had a box containing all the wisdom of the world, and every day Zuck would look in the box and learn some new and wondrous thing. He wanted to keep it safe, and for himself, even though Winklevoss had instructed him to share it. He began looking for a hiding place.
At the base of a tree lived the worm, Ntikuma, who was very curious, and when he saw Zuck skulking about, he decided to follow him.

Zuck looked far and wide for the perfect hiding place. Finally, he came upon a very tall tree and decided that he would tie the box to the top of it where nobody but he would know it was. Then he could choose which stories to tell to whom, and when. In this way, he could control the world. He fashioned a long rope of vines and began to climb the tree while holding the box.

No matter how he tried, though, the box made it impossible for him to climb very high. He kept falling, endangering the box each time. Finally, Ntikuma could not keep his silence. He revealed himself and said, “Zuck, why do you not use some of your vines to tie the box to your back. That way you can carry it up without it bumping your belly or requiring your grasp!”

Zuck did this and was able to quickly climb to the top. Then Ntikuma said to him, "Zuck, if you share the stories that Winklevoss gave you with the world freely, without using them to ensnare your enemies, they will make many more stories, which you will enjoy much more."

As Zuck sat there in the top of the tree, clutching his box, he realized that even with the box of wisdom it is best when it is shared. He threw the box from the top of the tree and when it struck the ground and shattered, the wisdom was dispersed in the water and the winds to anyone that wanted a little of it. This is why everyone has some wisdom, but nobody has all of it.

And ever since then, Zuck has remained in the top of that tree, spinning his web and catching his flies, and listening, and looking down, and enjoying the many more stories that people continuously come up with to entertain and enlighten. Zuck learned that by letting the people tell their own stories, and not be told the stories that come from a single box, the world is a much better place.
__________________


You encourage me to do more and then tell you about it. Help me get my blog posted every week. All Patreon donations and Blogger subscriptions are needed and welcomed. Those are how we make this happen. PowerUp! donors on Patreon get an autographed book off each first press run. Please help if you can.

This tale is fun and has meaning. I enjoy a good caution tale.