"What can you do when geophysics outpaces evolution?"

My personal ancestry has a major limb extending back to Southeastern England so I read with some interest recent discoveries in mitochondrial DNA research, published in the journal Nature Ecology & Evolution, showing an expansion of people out of Anatolia from 6000 BC that extended to the British Isles.

These migrants from the Middle East were accomplished grain farmers and likely regarded trees as something of a nuisance, which is a pity because it was their slashing of the forests in the Middle East to grow grain, along with irrigation and the plow, may eventually have brought the climate change and desertification to Anatolia that then forced them to migrate in search of fresh soil and rain.

I have taken to calling these people leafcutters, because they remind me of the ants I’ve seen in tropical rainforests. Like leafcutter ants, Anatolians built large underground city complexes, not so much to create favorable conditions for gardening fungi, as the ants do, as to thwart attacks by bandit gangs or foreign invaders traveling the Silk Road — another unintended consequence of broadscale grain farming.

Cheddar Man was so-named because his remains were unearthed 115 years ago in Gough’s Cave, located in Somerset’s Cheddar Gorge. He lived about 10,000 years ago, and provided the oldest, almost complete skeleton of Homo sapiens to be found in Britain. Cheddar Man stood about 5 foot 5, had blue eyes, dark to black skin and dark, curly hair. His people arrived in Britain in the aftermath of a 5000-year glaciation that made most of Northern Europe uninhabitable.

As hardy as they were, the Cheddar people were no match for the sheer numbers of Anatolian Leafcutters who arrived in waves from Iberia and the Mediterranean in approximately 4000 BC, landing along the coasts of England and Wales in small skin and stave boats.

Tests of DNA from teeth show the two groups didn’t mix much. One co-author of such a study, Tom Booth, said: “We don’t find any detectable evidence at all for the local British western hunter-gatherer ancestry in the Neolithic farmers after they [the Leafcutters] arrive. That doesn’t mean they don’t mix at all, it just means that maybe their [Cheddar-type] population sizes were too small to have left any kind of genetic legacy.” 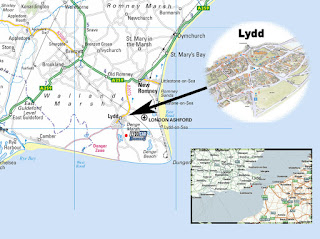 It seems likely my English ancestry has a bit of the Cheddar in its bones. Before my grandfather (10 times removed) Clement Bates and his six children, including my grandfather (9 times removed) Joseph, sailed for Plymouth in 1634, each generation of my family had been born and died in the small village of Lydd, on the swampy coast of SE England, just up the beach from where the Normans landed in 1066. Thanks to the Chunnel, you can now bicycle from Lydd to Calais in three and a half hours. My family had neither bikes nor tunnels then, so for more than 435 years (from the birth in 1200 of my oldest known direct ancestor, James Bate, 20 generations removed), the Bates all spent their lives just foraging around those coastal marshlands. It is at least plausible they fished and hunted there for millennia, fought in the Battle of Hastings, and, thousands of years earlier, greeted the Anatolian boat people in much the same manner as they later welcomed the French.

I find this story interesting for another reason, because climate change may compel us toward two distinct strategies in the future. One is massive underground city complexes, a la Anatolia, where we learn to get our protein from fungi and adapt to the extreme swings in weather happening up on the surface. The other strategy is to exchange grain farming — a losing proposition in the Anthropocene — for agroforestry and aquaculture, adopting the sustainable habitation pattern of Cheddar Man, and dutifully going about the daily business of repairing the atmosphere over the millennial timescales that enterprise may require.

Of course, they won’t be doing that in Lydd. Unless you enjoy cold water scuba, the time to see that part of England is before a 1 meter sea level rise.

You encourage me to do more and then tell you about it. Help me get my blog posted every week. All Patreon donations and Blogger subscriptions are needed and welcomed. Those are how we make this happen. PowerUp! donors on Patreon get an autographed book off each first press run. Please help if you can.
Posted by Albert Bates at 6:30 AM