"Desert religions are all about scarcity, sea people invading, and Pharoah casting out the righteous, who go about looking for a savior." 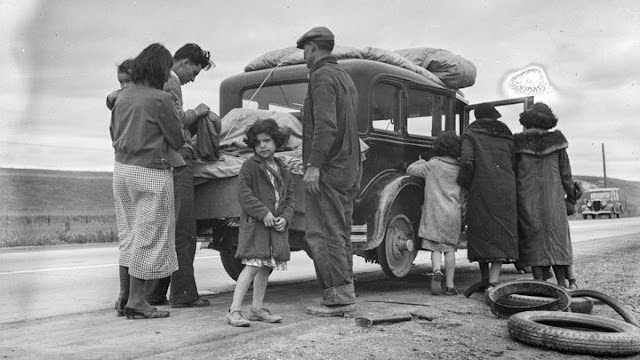 There are more important issues to be  discussing than President Cobblepot’s latest tweet, but I feel the need  to examine his wall fetish in a little more depth because lately, we are seeing Democrats, including all the 2020 candidates, buying into at  least part of the Republican scare narrative.  That bothers me. As a voter, even if my elections are rigged, I like to at least think there  might be a difference between my choices. But in the last couple of  presidential elections, I voted for Jill Stein to become the first female-identified POTUS. If she or whatever Green candidate were now to  talk about our “immigration crisis,” I would blow a fuse.

According to the World Bank, by 2050 some 140 million people may be displaced by sea-level rise and extreme weather, driving escalations in crime, political unrest, and resource  conflict. Even if the most conservative predictions about our climate  future prove overstated, a 1.5-degree Celsius rise in temperature during  the next century will almost certainly provoke chaos, in what experts  call climate change’s “threat multiplier”: Displacement begets  desperation begets disorder.

First, let’s be clear. Immigration is a problem. So  is emigration. Climate change will make both catastrophically worse.  Most reliable estimates of the carrying capacity of the planet by  mid-century fall in the range of 1 to 2 billion. By “reliable,” I mean  science-based and factoring in the effects of rapid climate change on  agriculture, water supplies, sea level rise, vector-borne disease, and biodiversity destruction. Some, like the Limits to Growth sequelae, even take microplastics into account through a morbid pollution equation. 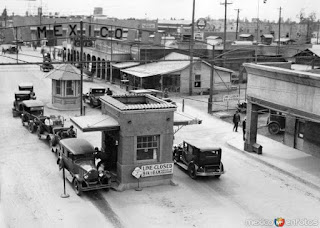 Contrast that 1 billion with today’s 7.7 billion (April 2019) people, topping 8 billion by 2024, and projected, but by no  means certain, to hit 9 billion in 2042. Like any exponential curve,  this hockey stick began tilting upward after the Second World War and  continues to incline more steeply by the year, abbreviating its doubling  time with each generation. And yet, on the human evolutionary time  scale, Homo colossus is a relatively recent phenomenon.

As we have seen from many competent studies of the  rise and fall of great civilizations, human population adheres to a  strict functional relationship with its food supply. It is in one-to-one equilibrium. As supply rises, so does fecundity. Conversely, when  supply falls, for whatever reason, deaths outnumber births until a new  equilibrium is established. One need only look to the droughts of Northeastern Africa in recent years for a current example of how that plays out. As the droughts worsened, hunger grew, civil society  disintegrated, insurrections and civil wars erupted, and neighboring  states were suddenly coping with massive refugee flows, conflict  spillovers, and disease outbreaks. Fertility plummeted.

Since 1980, a period that includes all 20 of the warmest years in recorded history and 18 of the 20 most intense hurricane seasons in the satellite era,  losses in the United States from storms, wildfires, and droughts topped $1.6 trillion — nearly a third of which occurred in just  the last five years. And this exponential destruction is just the  beginning of what David Wallace-Wells, in his book “The Uninhabitable  Earth,” calls the Great Dying: a worldwide economic decline, sharply  deteriorated living conditions, disruption to basic government functions  and widespread hunger. Looking deeper still into the future, the  predictions are even more dire.

Ripple effects from the African drought were felt  in distant capitals like London and Paris, where anti-immigrant factions  were happily empowered. While the US is buffered by oceans, the contagious meme had no problem crossing the Atlantic. If you tune to  beltway babble these days, a major chord is our “crisis” on the Southern Border. This plays well in the Bible belt because desert religions are  all about scarcity, sea people invading, and Pharoah casting out the  righteous, who go about looking for a savior. At first glance, statistics seem to bear out President Cobblepot, which is perhaps why so many Democratic legislators have been lured into borrowing billions of  dollars from future non-existent taxpayers to patch a nonexistent  problem, at least for the present. 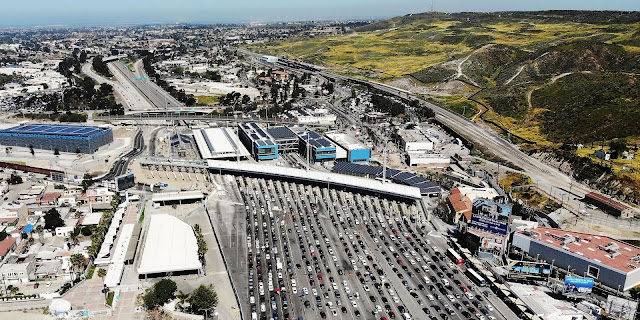 Cobblerpot’s “crisis,” like the BREXIT meme  contagion, is manufactured; built on a cascade of faulty-logic US  immigration policies rather than by climate-related famines or  US-intervention-based death-squad-blowback in Central America.

Malcolm Gladwell laid it out far more clearly than I can here in his Revisionist History podcast. In an episode titled General Chapman’s Last Stand, Gladwell described a Princeton study, the Mexican Migration Project. There, behavioral  scientists looked at the pattern of movement across the US-Mexico border  over many decades and a curious, perhaps even counterintuitive, pattern  emerged.
The laxer the border restrictions, the less migration.

Prior to the 1970s,  the pattern had been “circular migration,” where migrants traveled to  the US to find work, usually seasonally, but then returned to Mexico for  Christmas through Easter because that is where their family and  ancestral roots are. Because of circular migration, the net immigration  into the US was low. 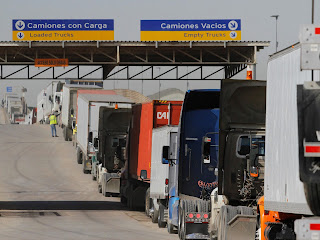 Anti-Mexican bias has  swelled Republican ranks in the past. In 1955, the Eisenhower-Nixon Administration's Operation Wetback  rounded up some 1.3  million Hispanics and deposited them in random small towns in Mexico. In Texas, 25 percent of all of the immigrants deported were crammed onto boats later compared to slave ships, while others died of sunstroke, disease and other causes while in custody. During the 1930s, the US deported over 1 million Mexican nationals, 60 percent of whom were US citizens of Mexican descent.

It should come as no surprise that as soon as Cobblepot’s Homeland Security began choking off the commuter traffic at El Paso, San Ysidro and other ports of entry, and imprisoning and then losing the children of the immigrants, illegal  immigration suddenly jumped to crisis proportions. Once you get across  the border, do you think you will risk going home for Christmas? Heck, no. You will get an apartment and a car and keep your head down. You can send crypto home on your phone.

The solution to this crisis is simple. Tear down the wall. Open the border. Allow the same  kind of flow between the US and Mexico as exists between Ireland and  Northern Ireland. 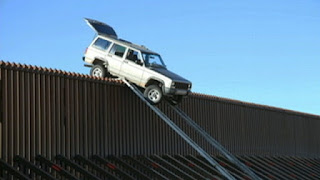 To better prepare for the future, stop the bombing refugees and start planting forests. Yemen is a good place to start. For the price of one F-35 ($100 million and  $10,000 per hour to fly) you could employ the displaced, planting trees and seeing them through to forest.

Of course, Cobblepot  will not do that, any more than he would apply science to the US prison problem—millions behind bars for long sentences, many for conduct that  is now no longer criminal. That’s because the prison system is also  based on science-free myths and fables, baseless fears and tribal  rituals.

A little sanity could go a long way. There are  greater and more urgent threats we need to consider than a fake Mexican  border crisis.

I think the immigration "crisis" was spun up at the behest of our Military-Industrial Complex which, having minimally prolonged the oil end-game by having us invade Iraq and only feinting a pivot to the West, now faces the fact that our superpower days are numbered by the dwindling of recoverable fossil fuels. The best shot the MIC has of sustaining itself is to focus its ambitions on the weak states to our south. To have us go to war with those who share our hemisphere, the MIC must first vilify them.

I don't doubt the 1 to 2 billion carrying capacity figure, but can you provide some references to the science-based studies? I know the IPCC is too rosy, but I don't have the expertise to make much sense of other claims.