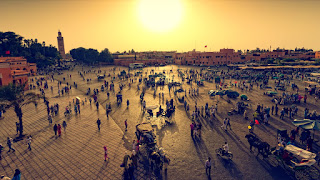 We have always wanted to get to this town, ever since we were a young hippy hitching through Europe in 1966 and our rides took us along the southern coasts of France, Spain and Italy. Fate did not carry us here then, but perhaps we are making up for lost time now. Honestly, later in life is probably better.

We find ourselves in the company of brilliant people engaged in transforming the world. While nearly the whole of our 7 billion monkey minds seem transfixed by the US election result, a few of us are quietly sneaking around all that to sew the seeds of what comes next, after the Trumpocalypse.

We could say that the Trump victory was not a global disaster but we would be lying. Dmitry Orlov observed that we at least seem to have avoided World War III with Russia. Naomi Klein, Christopher Nesbitt and Richard Heinberg have eloquently pointed out that the Democratic Party neoliberal hegemony has been shattered, and Ugo Bardi reminds us that Italy survived 20 years of Berlusconi, after all. These are all pluses, but they will not prevent disaster if The Donald has an itchy trigger finger after a few scotches late one night and decides to nuke, say, Cuba.

For Cuba, and for any other country that lacks the means to acquire a missile defense shield, we recommend they immediately put a Trump Tower in their capital. Trump Casino Habana could be world class, totally revamping the weatherbeaten but still popular Malecone boardwalk.

We are watching this drama from within the halls of COP22 as it plays out on the plasma screens in the halls and media centers of Bab Ighli. Some may think what we are doing here is now totally irrelevant, but take it from us on faith, if not on our own warped logic, it’s not.

We have written in the past about the rise and fall of many civilizations and most, if not all, of those had their peak moment just before collapse when their capitals became a clown show. Recall, if you can, the Roman Colosseum, the Mayan pyramid sacrifices, or the Nazi extravaganzas choreographed by Albert Speer. 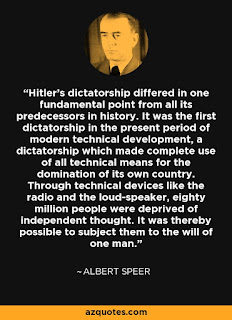 Albert Speer famously said, “One seldom recognizes the devil when he is putting his hand on your shoulder.”

While the clown show has been playing out in North America, the 22d UN climate conference has kicked off in Marrakech. It has brought together tens of thousands of NGOs, governments and people from all around the world to respond to the existential crisis of climate change.

Existential crises don’t just disappear because the US holds an election. This one is still gathering momentum. It is coming at us like a bullet train.

Marrakech is the first post-Paris meeting of world leaders. It is an important one because having taken the enormous step of setting hard red lines last year — 2 degrees firm, 1.5 aspirational — countries now have to figure out exactly how those goals can be attained. On the negotiating table are mechanisms for finance, monitoring, increasing ambitions, and drawdown.

We are mainly focused on that last item. Emissions reductions are now a done deal. Fossil fuels, including the Dakota Access Pipeline, are on their way to being legally banned whether largely clueless USAnians understand that or not. (Which is not to say the Standing Rock water protectors are not absolutely right to try to preserve their patrimony in the meantime.) What logically follows is a need to start pulling carbon from the atmosphere and as quickly as possible to return both oceans and air to pre-industrial carbon concentrations. There is a scientifically validated and economical way to do that, using carbon farming, regenerative agroforestry, and waste-biomass-to-biochar energy systems, but the hitch is not science or technology. It’s people.

We need to have a carrier medium for this viral paradigm switch; one that can overcome cultural inertia and provide an inviting path forward — a bandwagon rolling through the clown circus. Hop aboard!

Ecovillages weave together the ecological, economic, social and cultural dimensions of the new circular economy (no such thing as waste) by pioneering innovative solutions that enable towns, districts, regions and nation states to achieve the 17 UN Sustainable Development Goals (SDGs) and the goals of the Paris Agreement.

The Global Ecovillage Network (GEN) is bringing to the table the ‘Pan-African Ecovillage Development Programme’  designed to radically reform current development practices and put communities, ecological generation, and nonmonetary, post-growth wealth creation at the heart of the development process. The full and inclusive participation of communities on the ground from conception to implementation, together with the sharing and transferring of expertise and personally grounded experience, is the key to success.

The results speak for themselves. Africa is home to some of the most innovative ecovillage programs in the world. In Senegal the success of grassroots ecovillage communities has led to the development of a National Ecovillage Agency working to transform 14,000 rural villages into ecovillages. In Egypt the Sekem farm and ecovillage is working with over 800 organic and biodynamic farmers, providing educational programs at the pre-school to university level, and delivering healthcare to more than 40.000 people from 11 surrounding villages. The President of Burkina Faso has declared his intention to implement 2000 ecovillages by 2020. GEN is in process of signing MOU’s with several national governments at COP22.

This success is an example of GEN’s ‘Transition Strategy’ in action - transitioning existing settlements to sustainable settlements and scaling up partnerships with governments, NGOs, and donors to implement policies and solutions at local, regional, and international levels. Building on 20 years of global networking, sustainable development, groundbreaking grassroots work and education, GEN’s intent is to continue to create these types of transformational alliances that grease the skids.

GEN is also using COP22 to announce the launch of the ‘GEN Consultancy,' a highly skilled and diverse network of expert consultants that seek to share some of the world’s best practices in the field of community sustainability and resilience. GEN’s solution is not top-down after the usual UNEP/UNDP model, but empowering the millions of small solutions from people and projects within their own communities. 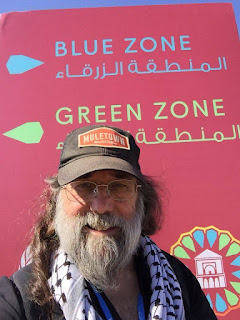 If the Trump election, Brexit, and the recent anti-peace-deal vote in Colombia show anything, it is that we are across a threshold now where backroom deals, newspaper and politico endorsements, money and even common sense no longer dictate an outcome. Consider the fact that Hillary Clinton could rig the ballots in Honduras and Ukraine or bemoan (in emails) the failure of the State Department to rig the elections in Palestine, but could not rig her own election (though try as she did).

Social media, reality TV, yellow internet journalism and flash mobs are now in control. In this new world, the herd is driven by raw impulses of fear and pleasure-seeking. The ecovillage lure, whether dangled as a prepper redoubt or as a happy eutopia (Lat.: a good place), offers a clear choice. With cool villages that draw down carbon and give us energy, food and water security in exchange, ecovillages offer the right impulse at the perfect historical moment.

Which is why we are in Marrakech.

Thank you Albert for lighting a candle at the end of a tunnel. Trumpism is getting to me, inexorably. I think it was reading today who he was picking for his cabinet that made the apocalypse real for me. Maybe thanks to Trump, however, those still sitting on the fence will choose to join the world of those wanting to live after the flood. That's the most positive thing I can muster today. Time for reflection, and concerted action.

Thanks for the positive "forging ahead" update. Maybe this election was a good dose of sobering that we needed here in the USA. Let's get the mourning over with and get busy doing the thing that bothers you the most (e.g. for me the environment). I feel tremendously empowered.

I'm eager to read about the Pan African Ecovillage movement but your link is dead....

It is in your work and millions of nameless others that turn Trump into the best thing that ever happened. Change never happens until rock bottom.

The next meeting should be in AK, WA, OR, CA or OR where smoking the good stuff is now legal.