Watching the drama unfold in Washington last week, and listening to the sound as it echoed around the planet, I was struck by how bi-polar our shared political reality has become. 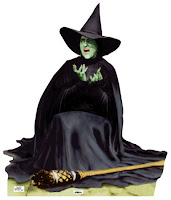 Many of us, probably the majority, are still hoping and praying that now that the wicked witch is dead, the Wizard will whisk us back to Kansas and Auntie Em will have a hot apple pie waiting. People in that category think either the recession will be shortened by Keynesian infusions and Rooseveltian public works, or if that fails and it enlarges into The Greater Depression, it will rebound eventually, perhaps a decade hence, just in time for the bulk of the baby boom to retire to their gated communities and golf courses, bent but unbroken.

We inhabit the bicameral mind of Joan of Arc or Nostradamus, and wonder, are the voices to be taken literally, or can we just write them off to hallucination?

President Obama’s inaugural address, a bouquet of big tent politics with fragrant notes of a tent revival meeting, embraced both ends of that schizoid spectrum.

Who could argue with this:

… our time of standing pat, of protecting narrow interests and putting off unpleasant decisions — that time has surely passed. Starting today, we must pick ourselves up, dust ourselves off, and begin again the work of remaking America.

The problem is, those two very agreeable sentences were preceded by this:

We remain the most prosperous, powerful nation on Earth. Our workers are no less productive than when this crisis began. Our minds are no less inventive, our goods and services no less needed than they were last week or last month or last year. Our capacity remains undiminished. But…

Now, saying we are of undiminished capacity is something a great many people would take issue with, and have. Let me quote a few.

We no longer have the vast bounties of nature to burn, and the enormous capacity of nature's sinks to absorb, dilute, and neutralize the entropies of a deliberately wasteful economy. Mr. Obama purports to go back to the playbook of 1933 and Lord Keynes and rev up the economy (viz.: burn resources, primarily fossil energy) to get us back "growth." As well, the total level of public and private debt for the U.S. has reached levels that are barely calculable, and then unfathomable. It's neither 1933 nor Kansas anymore. China took it as collateral.

Credit may be in extremely short supply this year, and hence crops may be in short supply as we turn the corner into spring and summer. Just as in the case of WalMart versus Main Street, the reform of farming in America is one of those "changes" much larger than most of us imagine. I'd go so far to say that a large proportion of young people now in college will find themselves not working in office cubicles, but in some way or other in farming….

According to the latest International Energy Agency projections, the half-life of industrial civilization can be capped at about 17 years: it's all downhill from here. All industrial countries will be forced to rapidly deindustrialize on this time scale, but the one that has spent the last century building an infrastructure that has no future -- based on little houses interconnected by cars, with all of the accompanying moribund, unmaintainable infrastructure -- is virtually guaranteed to fall the hardest. An American's two greatest enemies are his house and his car. But try telling that to most Americans, and you will get ridicule, consternation, and disbelief.

From The Automatic Earth, Malibu Barbie edition, where Ilargi said,

Our economies are shrinking, not growing, and they will continue on down that path for a very long time. Perpetual growth is over, and if you look closely, it has been for at least 30 years. Education, health care and many other fields have become more expensive and less affordable during that time. Who needed day-care in the 1960’s? Who could not afford to go to a doctor? Today, both parents need to work full-time -or more- just to pay the monthly bills. It wasn't like that in the 1960's. Not at all. So were our parents so much less happy than we are? Not at all.

The fallacy of perpetual growth has led us into a sense of entitlement that is based on complete blindness and utterly wrong assumptions. If we are not awake enough to leave that behind, we will be the reason for fighting in the streets, in our own [Malibu] Barbie neighborhoods. If we want to prevent that from happening, we need to take not one, but 826 steps back. But the president of Hope and Belief talks about resuming the economy of growth. That is not possible. People need a reality check. They need to adjust to living on less personal, corporeal, space. If you think or hope that the PM of Iceland is the last one to be thrown out by the wayside, you need to start thinking instead of believing.

Obama was right about one thing. This is not a crisis that can be solved by government. It won’t be fixed by printing more money. It will be a rough slog, no matter what, but to repeat again what our first President said at Valley Forge,

Let it be told to the future world that in the depth of winter, when nothing but hope and virtue could survive, that the city and the country, alarmed at one common danger, came forth to meet it.

Now, truth be told, old George knew that the odds of the American Revolution succeeding at that point were slim to none, and this is as much a wishful recruiting statement as a St. Crispin’s Day rallying cry but it contains some nuggets of eternal truth. As Mr. Kunstler opined,

So if, in distant days, our progeny look back to where we coalesced our will, assembled our tattered permaculture army, joined hands between city and country, laid back the carbon under our desertifying farmland, and Hudson-River-landed our rusting steel spaceship into a brighter, more realistic future with a sustainable volume of frugal humans once again living in harmony with nature, then let them say this is where it began. 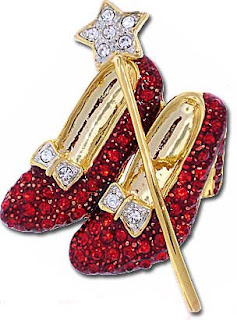 Great post, Albert! Based upon the whole of what I have listened to Obama say over the past two years, I hold onto this small hope that Obama really does know the reality of our situation. He can only do what is politically feasible. Jimmy Carter did not get far with his honest discussions of our energy situation. We traded him in for, "Morning in America", an illusion founded upon smoke, mirrors, and North Slope and North Sea oil. Now that both fields are well into decline, perhaps a properly sized dose of reality is awaiting the American public in the form of gasoline shortages within the next year or two. Frank from EntropyPawsed

Have you guys noticed that this collapse has NOTHING to do with Peak Oil? Which by the way is still only a theory, and not a proven one? Yet we are in a collapse. Why? Do you think it is an accident? I don't, and I'm not talking about divine retribution. Kunstler likes to blame everything on the mindless shallow individual Americans, but it starts at the top. The top has been feeding us bullshit for decades and now we stink like little children with abusive parents. We will grow up fast, but it will be hard with martial law and bio-chipping and the carbon taxes of which I'd guess that you are a big fan.
The most radical move right now is not street protests, tho we desperately need that (except agent provacateurs would turn it into a government clampdown event), but organic farming, and permaculture. Good luck. The United States Of Monsanto won't let it happen. They've helped engineer this crisis with the rest of the corporate banking western ghoulish nut job elites, and they will make sure it will end up to their liking.

I suggest you read this.

Whether peak oil was a trigger for the 2008 collapse can be debated. At this site I have been pointing to the ARM reset calendar for some time. Whether peak oil will keep the collapse going is another matter, and I think it is a foregone conclusion.

When looking at this new stimulus bill I could not see beyond the biotech ag spending as well as the police and military state spending all of which I find really scary. As did others, I held out hope, albeit begrudgingly that Obama would give us the change we need including labeling of GMO's. If we lose the battle against GMO's we lose it all. It is the frontline.