A Farewell to George

I really don’t like harping on torture with a new administration coming in next week, unable to signal their intentions until they have the helm, but we are hearing a lot of equivocating on the closing of Guantanamo and so I have join this discussion one more, and hopefully my last, time.

One of the issues that seems to be slowing the process of closing GTMO is what to do with the prisoners. As indicated by the unwillingness of the Kansas congressional delegation to receive them at Fort Leavenworth, there is a NIMBY fear that bringing them to the USA is inviting toxic prisoners into the homeland. The countervailing fear is that allowing them to be released to other countries equates to putting them back on the streets, where they can seek revenge against us.

Who are these guys? An anonymous commenter named Mary posted the 76th reply to Emptywheel’s January 14th blog (I have way too much time) that seemed to hit the nail squarely:

[L]ess than 10%, using very “aggressive” measures of what constitutes a “battlefield” of GTMO detainees were picked up on a “battlefield.”

You had a boatload of people kidnapped from Pakistan, where we were paying the Bin Laden-affiliated intel forces all kinds of money for anyone ‘they said’ might be Taliban or al-Qaeda.

You had a boatload of Afghans who belonged to tribes that were crossways with Northern Alliance warlords like Dostum. Actually - you had railroad cars of those guys, until Dostum suffocated or shot into the containers to kill most of them. But some of the survivors. 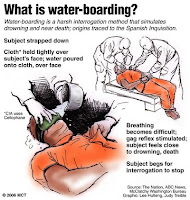 You had the cab fares from Dilawar’s cab, when he was seized and beaten over days, with his beaten legs turning from bruised to pulpified and unable to stand on them, and his Palestinian hanging wildly “successful.” Meanwhile, the warlord who turned him in was actually the one probably responsible for the missile attacks they were trying to find out about, and the witnesses to his torture killing by the US were shipped out to GTMO.

You had students taken in their non-Afghan dorm rooms; British citizens arrested for having a current converter in Africa and then disappeared to GTMO, you had prisoners of the Taliban who were turned over for cash.

You had a British chef in Pakistan sent to years of solitary confinement and other torture as an “al-Qaeda General” based on paid-for “info” that he ran a terrorist training camp (when it was clear to anyone who looked at anything that he was making soufflés in Mayfair when he was supposed to be running the camp. 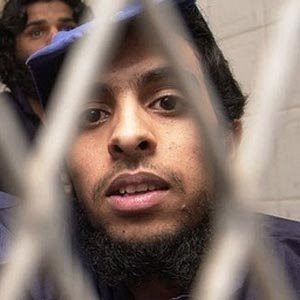 You had assortments of children, also kidnapped and handed off for cash, including one who was treated as a funding mastermind for al-Qaeda because he used to be sent to the market to buy tomatoes for the local Taliban. [or Mohammed El Gharani, a citizen of Chad held at GTMO since age 14 on coerced terstimony, or the 12-year-old boy who was singled out for “harsh interrogation techniques” because he was defiant towards his guards – ab.]

Then there were the Chinese Uighurs who had fled to Pakistan and were sold to us there. Not to forget the Algerians that we kidnapped, in violation of a court ruling there, and shipped off to GTMO because a disgruntled relative of one of them spoke nonsense. There was also the German, Kurnaz, on whom we had compiled a couple of hundred pages of info - all exculpatory, except for the torrid observations in one memo that he prayed.

So now we can’t decide what to do about these people. Some are easier than others. They died in custody. Others have been tortured to the point they are no longer able to tie their own shoelaces or speak in coherent sentences. A top CIA analyst reported to the White House in 2002 that at least a third had nothing to do with terrorism. The Commander of the Base concurred with the analyst, but put the percentage at closer to 50%. And now we have the senior pentagon prosecutor at GTMO revealing to Bob Woodward that none of the likely terrorists can be tried because they have been tortured.

Personally, I would just let them all go. We really don’t have any choice in that, although in fairness, we need to provide for their lifelong medical and re-hab expenses now. But then, I would not close GTMO.

Just as Spandau stayed open for the lifetime of one prisoner, Albert Speer, GTMO needs to stay open for the lifetime of Dick Cheney. And in the cells on either side of the big man should be Donald Rumsfeld and David Addington. Down the row or in another wing can be the patsies — Gonzales, Yoo, Bolton, Tenet, Rice, Ashcroft, Wolfowitz, and, lastly, lest he be pardoned only to be later (embarrassingly) tried and convicted in Italy, the Netherlands, or 20 other countries, George W. Bush, the Decider.
Posted by Albert Bates at 8:29 AM