With Barack Obama off the campaign long enough to kneel at the bedside of his grandmother in Hawaii, I feel the urge to take a moment and dive into US politics. I am a bit reluctant, because if I ever ran for office it would be on a slogan like “US out of North America.” Still, this race really has a lot at stake, so let’s have a look.

Superstitiously, I voted already, hoping like many to take at least one dirty trick out of the Republican quiver by not suffering the long lines and electronically transmitted machine commands on election day. Also, in the event my name had been put on a no-vote list, I might have a shot at overturning the mistake by fast court action and still having time to vote in this election.

Looking at the Electoral College map, Obama has 364 electors to McCain’s 171, with 18 too close to call. 270 are needed to win. Eight states that went for Bush in 2004 are now in the Democratic column and three more are barely holding on (including Tennessee) and could easily tilt into the Obama camp in any given news cycle. Even solidly Republican turf has been moving to Obama in the final days, fed up with McCain’s recklessless, fecklessness, and nastiness. Take Tennessee, Kentucky, and North Carolina, for instance,

which look like divining rods crossing. Yesterday I paid $2.67/gallon for gas at a local station, a woolly caterpillar sign of how desperate someone is getting for Republican votes. Wish I could fill up my 500-gal. reserve tank now, but it is already full.

Following the money, Obama is setting fundraising records and able to outspend his opponent four to one. The cash meter is also tipping to Democratic favor for House and Senate races and it looks now that there will be 57% and 59% Democratic seats, respectively, possibly more.

A bigger question is why, when speaking of the election, I have to keep knocking wood.

While it is not inconceivable that Obama will issue an omnibus pardon to his predecessor, after the example of Gerald Ford to Richard Nixon, it is less likely that such a pardon would be extended to the inner circle of Bush’s Bunker. 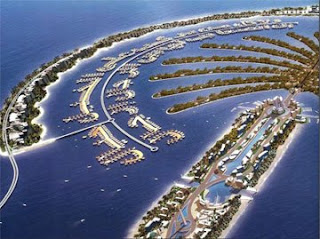 Letting the puppet go free while unleashing the Justice Department on the puppetmasters has to be a nightmare scenario waking some in that circle up at night. Apart from buying condos in Dubai, where extradition won’t reach (unless one resorts to extraordinary rendition), they really have few options.

Of course, one option is just to remain in power.

Stephen Lendman points out that most of the elements of the October Surprise, 2008 Edition, are falling into place. The Dow Average dropped 22% over eight trading sessions and comparable crashes rippled through exchanges all over the world. The 1019 point swing from low to high in one of those sessions was the biggest since the Dow was created in 1896. $8.4 trillion, at a minimum, was washed out of retirement savings and company worth, bringing commerce and lending to a near standstill and beggaring some of the world’s largest corporations. At the same time 10 million foreclosures hit the real estate sector, job layoffs mounted, and consumer confidence nosedived.

While we have yet to see runs on banks or empty grocery store shelves, troops are being pre-positioned to quell anticipated riots. On October 1st, the 3rd Infantry's 1st Brigade Combat Team was returned from Iraq to serve in this role. Emergency plans for coping with economic collapse (?) or election reversal (?) a la Calderon are being fleshed out in FEMA offices and Pentagon contractor circles. Sy Hersh says he is keeping his mouth shut and his fingers crossed.

Me too, except the shut mouth part.
Posted by Albert Bates at 8:38 AM