"We are one large solar flare, one errant asteroid, one mutant gene, or one nuclear winter away from extinction."
15 years ago this month my Post-Petroleum Survival Guide and Cookbook went to press on Gabriola Island, British Columbia. As I look back now, it is hard to escape how clear the advice was then and how much better we would all be if more had followed it. Toilet tissue would not have replaced the dollar as US species. Shuttered retail stores would be unimportant. At the end of that book I wrote:

Like many islanders the world over, Cretans have a wonderful ability to blend nature into their stories. Take the tale of Icarus. 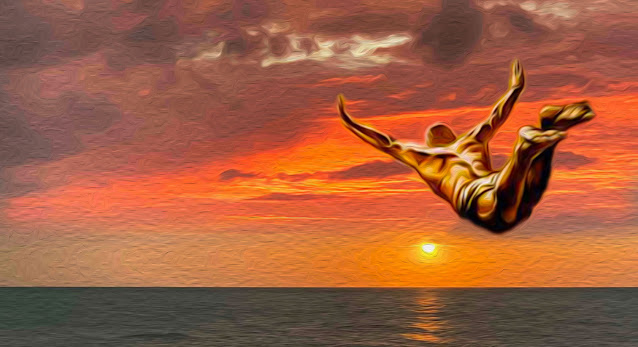 In the Cretan legend, Daedalus was a famous Athenian architect who was invited by Minos, King of Knossos in 2000 BCE, to come to Crete to build a labyrinth. When Daedalus finished, Minos decided that rather than pay him, he would imprison him in the labyrinth to see how difficult it really was to escape. Using wax and feathers, Daedalus built two sets of wings, one for himself and the other for his son, Icarus. They escaped the labyrinth and flew off toward Athens, but during the flight the foolish boy flew higher and higher until the sun melted the wax that held his wings together. He suffered, to use the terms of the nuclear power industry, an “energetic disassembly.” Icarus fell into the Aegean and perished.

The ancient story was about hubris — it reminded its listeners that we should never leave the power of nature too far removed from our planning. Failing to observe the constraints of gravity, sunlight, and the frailty of material things, Icarus was certain to fall.

Today our world has begun to resemble something out of Amazing Science Fiction. Ancient pharaohs could not conceive of the wealth and power that the average Kuwaiti or Kiwi now takes for granted. But beneath the surface, our hubris is all too evident.

Nature has always sustained us. We inhabit a thin film of biological activity in the cold depths of space, many light years from any other star system. No other planet in our own solar system is hospitable to life. Our own planet’s biosphere is thinner, by proportion, than the dew on an apple. We are one large solar flare, one errant asteroid, one mutant gene, or one nuclear winter away from extinction.

Looking around, we should be amazed and reverential that we have been given paradise for the span of a lifetime. Instead, we are collectively polluting, over-consuming, and wasting it to death. By any reasonable index — diversity of species, soil productivity, fresh water, forest cover, carbon in the atmosphere, ice over the poles — we are squandering our inheritance at unprecedented rates.

James Lovelock, who, with Lynn Margulis, popularized the Gaia hypothesis, which posits that our planet’s biosphere is a living and self-regulating organism, has recently come out with dire warnings of pending Earth changes. Lovelock says that “we are in a fool’s climate, accidentally kept cool by smoke, and before this century is over billions of us will die and the few breeding pairs of people that survive will be in the Arctic where the climate remains tolerable.”

If you give Lovelock’s predictions credence, your grandchildren’s survival boils down to one of three strategies: migrate away from the equator and plan to cope with the rising tide of millions of your fellow refugees; go mobile, follow the weather, and trust you will find safe places to set up camp when you need to; or shelter-in-place, nourishing your familiar ecosystems as best you are able, and build communities of like-minded people for shared defense, soil-building, and survival.

We are doubtless well beyond carrying capacity already. World population, which has already doubled twice in my lifetime, is headed for 8 or 9 billion by mid-century, even if fertility were to be held to sum zero: 1.4 births per couple. Half a child more and we are looking at 18 billion.

For thousands of years we have imagined the Earth as the source of fertility, nurturing humanity. To ancient Greeks, Gaia was Mother Nature. In the Americas her name combines Pacha (Quechua for “change, epoch”) and Mama (“mother”). To the Norse she was Jord, the goddess of Earth, who entrusted her bounty to Idunn, the goddess of youth and springtime. In India she was Kali. Kali is a particularly appropriate goddess for our times because in her mad dancing, disheveled hair, and eerie howl there is a world reeling, careening out of control. The world is created and destroyed in Kali’s wild dancing; redemption comes only when we realize that we are invited to take part in her dance, to yield to the frenzied beat, to find her rhythm.

Peak oil [or Pandemic] may be the trigger for a global economic depression that lasts for many decades. Or it may not. It may plunge us into violent anarchy and military rule. Or it may not. But if peak oil [pandemic] doesn’t wake us up to the precariousness of our condition, divorced from our roots in the soil and the forest, annihilating the evolutionary systems that sustain us and replacing them with brittle, artificial, plastic imitations, what will? What will it take?

We have gradually obtained more and more creature comforts since emerging from a world of ice 20,000 years ago. Since that time, our food supply, housing, mobility, and quality of life have gradually improved, extending our life spans and enabling us to have larger families. It was only a short time ago, two centuries at most, that we fell into our energy addiction and started down a path to ruin. Peak oil [Pandemic] is an opportunity to pause, to think through our present course, and to adjust to a saner path for the future. We had best face facts: we really have no choice.

Peak oil [Pandemic] is a horrible predicament. It is also a wonderful opportunity to do a lot better. Let’s not squander this moment. This will be the Great Change.

Peak Oil + Pandemic is what it looks like to me.

I very much like the fifth paragraph. Yes, if only there was a reverence for the bounties we are (still to an extent) surrounded with. Peak oil is so noughties though and who'd have thought it then? A bit of cheeky licence to substitute Pandemic now. Lovelock has changed his dire predictions too re 'the few breeding pairs' left but then he was a major Prophet of Doom.

Albert, yo have every right to say 'I told you so' not just once but many times. 2005 is lightyears ago and that wasn't even your first book.
Have you thrown in the towel yet, hung up your tools, passed the baton?
I hope not.
But sheltering in place in Holbox is not my first idea of a benign eco-niche to plant yourself. Or are you going to be the itinerant traveler, or ???
Do you have any confidence that a movement of movements will emerge that coalesces the wisdom, science, compassion, hive-mind and will to build within the ruins of disaster capitalism?
I know of several efforts getting off the ground that have that for their vision.