"That lump in your throat you feel listening to someone laying down hard truth in a poetic way is actually the one piece of the human genome most likely to rescue us." 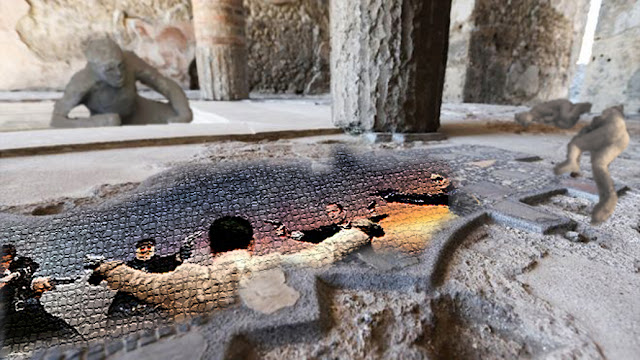 Climate came up only briefly in the first two Democratic debates. In the first, Rachel Maddow asked whether the candidates had a plan to save Miami. In the second, the moderators asked less than half of the candidates to briefly explain their position on the issue and the first of those (Kamala Harris), after her standard climate soundbite, pivoted to North Korea and Russiagate. Biden and Sanders saw it as a green energy issue—we just need more electric cars.

A more serious and determined debate has been going on outside, as a new wave of scientist-engineers surge through international conferences and refereed journals testing theories about how to recover some hope to sustain life aboard our damaged spacecraft before it passes a yet-unlocated threshold beyond which there is no recoverability.

The new tech they are pimping might be categorized generally as geoengineering, but that tends to toss both wizards and prophets into the same bag, so perhaps the tech side should be split between natural solutions and artificial ones. For carbon dioxide removal, the natural ones are afforestation/reforestation, soil rejuvenation, biochar, holistic management, chinampas, and marine permaculture. The artificial ones are BECCS (Biomass Energy with Carbon Capture and Storage), DACCS (Direct Air Carbon Capture and Storage), and enhanced weathering. To delay the inexorable impact, solar radiation management is a separate category from carbon dioxide removal, and includes things like painting cities white to reflect sunlight (which would not even approach balancing the loss of sea ice at the Arctic), spraying reflective particles into the stratosphere or over large ice masses (which has to be continuously repeated, at great expense, or the bottled-up heat returns in a rapid surge), and seeding the oceans with megatons of iron sulfate to stimulate plankton and algae (another perilous treadmill—get off it if only if you want to die) 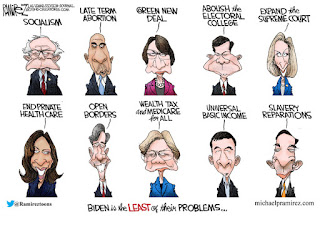 And apart from that stage, a different discussion is happening amongst what I would call the realists, although others may just call doomers. In an open letter to David Wallace-Wells published in The Ecologist, April 4, 2019, eco-scientists Rupert Read, John Foster, and Jem Bendell chastised the best-selling author of The Uninhabitable Earth for donning what they considered rose-colored glasses.


We are unconvinced by your claim that because we engineered this mess, so we must be able to engineer an escape from it. While that may be a neat journalistic turn of phrase, it is logical nonsense.

Climate change was not intentionally engineered by humanity. The self-reinforcing feedbacks that are further heating our world show us how the complex living system of Planet Earth is beyond direct human control. So, we have no precedent for humanity intentionally engineering global change.

We understand you may wish to offer your readers some hope. However, your argument offers a continuing license for the hubris which has led humanity into climate-peril in the first place.

You point out that since “a decarbonized economy, a perfectly renewable energy system, a reimagined system of agriculture and perhaps even a meatless planet” are in principle possible, we have “all the tools we need” to stop tragedy in its tracks. And yet that would require us, as you also sardonically note, to rebuild the world’s infrastructure entirely in less time than it took New York City to build three new stops on a subway line.

Harsh words. After reading both Wallace-Wells’ Uninhabitable Earth and Bendell’s Deep Adaptation, I feel the critics probably went over the top. They are accusing Wallace-Wells of hanging on to unrealistic hopes while not making adequate preparations for the likelihood that those will prove groundless. I don’t think Wallace-Wells shied away from urging adequate preparations at all. And to hoist Bendell’s petard (whose ideas are not novel despite his overnight celebrity but should really be attributed to Guy McPherson), his advice is to “give up all hope of solutions without giving up on hope itself,” which is giving up on the prospect of adequate solutions, or more precisely, that humans have the genetic capability of accepting them and changing in time. I know, it’s a mind-bender. That’s why these guys get paid so much to philosophize in academia.

Readers of this blog will know that I am of the opposite persuasion. Thanks to what we have discovered about epigenetics, we have not arrived at a predetermined genetic cul-de-sac. We can, to borrow from John Lilly’s sensory-deprivation tank studies, “re-metaprogram the human biocomputer.” Thanks to what we have discovered about memes, temes, ecosystem regeneration camps, and ecovillages (now being installed in China at breathtaking speed), we are not limited by the cultural inertia of human history since Sumer. And thanks to natural climate solutions of the kind I listed above, especially biochar in all its potential applications, we are not constrained by any shortage of technical solutions, without resort to geoengineer quackery. We know precisely the acreage of forests required and the rates of planting and watering we are capable of. We know how to address the ocean feedback mechanism (exsolvation) with biochar and kelp forests. We know how to pull the fossil fuel IV out of our arm and go cold turkey without getting delirium tremens. 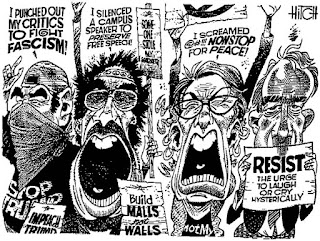 What we don’t know, is how to stop the quarreling and get it done. In this, I think Wallace-Wells and his critics agree. So would McKibben (Falter), Diamond (Upheaval), or Jamail (The End of Ice). Our impediments are mainly behavioral, not technical. McKibben’s approach is to take to the streets, where we can see inspiring protests by Greta Thunberg’s School Strike and Extinction Rebellion. I question, though, whether street protest really works or just makes people feel good by agitating their tribal instincts. Diamond says the problem is (putting on my best Strother Martin impersonation) “a failure to communicate,” for which he lays blame to social media and cheap airline flights. Agreed, Facebook global hegemony and the banalization of the commons is making it far worse, but it is hopeful to see Elizabeth Warren and others going after the Googazonbook social media combines and threatening to break them apart. Jamail says the upside of the fixing response is an upwelling of the human spirit. He gives Alexandria Ocasio-Cortez’s New Green Deal as an example. That lump in your throat you feel listening to someone laying down hard truth in a poetic way is actually the one piece of the human genome most likely to rescue us.


Anyone who thinks there is still time to wholly remedy the situation must answer the question: How do we remove all the heat that’s already been absorbed by the oceans? Invigorated activism, as heartening and important as it is, is not going to completely stem these tides.

Thus, the third level of activism, adaptation, comes into focus.

Adaptation is new territory. Here is the realm of healing, reparation (spiritual and psychological, among other ways) and collaboration. It is strangely rich with a new brand of fulfillment and unprecedented intimacy with the Earth and one another. It invites us to get to the roots of what went astray that has led us into the sixth mass extinction. Given that with even our own extinction a very real possibility, even if that worst-case scenario is to run its course, there is time left for amends, honorable completions, and the chance to reconnect in to this Earth with the utmost respect, and in the gentlest of ways.

Read, Bendell and Foster conclude their open letter to Wallace-Wells with this piece of advice:


It is not that acknowledging the hard truths which you present so starkly might still enable us to avoid climate disaster. For that it is, as in practice you so clearly demonstrate, now too late. Rather, it is the hope that through accepting the inevitability of such disaster for our present civilization, we may yet find our way to genuinely transformative change, capable of avoiding terminal catastrophe for humanity and the biosphere.

The sooner we realize that humanity won’t have a Hollywood ending to climate change, the more chance we have to avoid ours becoming a true horror story.

In that, I think we can agree.

_____________________________
You encourage me to do more and then tell you about it. Help me get my blog posted every week. All Patreon donations and Blogger  subscriptions are needed and welcomed. Those are how we make this  happen. PowerUp! donors on Patreon get an autographed book off each  first press run. Please help if you can.

Agreed. However, those trails in the sky I see when the UV forecast is high is telling me that Solar Radiation Management is going on and has been for awhile (further information on https://www.geoengineeringwatch.org/). The solutions,adaptations and the like again needs to be taken at street level. Any hope of a political solution is truly wishing for the impossible.