"Our biological and cultural blinders are equal in every way to those worn by Material Evangelists in the Nineteenth Century."


Herman Melville, when not otherwise occupied by life’s rigors aboard his whaling ship, the Acushnet, stared out to sea and mentally composed his masterpieces. In Chapter 111 of Moby Dick, he wrote:

“There is, one knows not what sweet mystery about this sea, whose gently awful stirrings seem to speak of some hidden soul beneath; like those fabled undulations of the Ephesian sod over the buried Evangelist St. John. And meet it is, that over these sea-pastures, wide-rolling watery prairies and Potters’ Fields of all four continents, the waves should rise and fall, and ebb and flow unceasingly; for here, millions of mixed shades and shadows, drowned dreams, somnambulisms, reveries; all that we call lives and souls, lie dreaming, dreaming, still; tossing like slumberers in their beds; the ever-rolling waves but made so by their restlessness.

“To any meditative Magian rover, this serene Pacific, once beheld, must ever after be the sea of his adoption. It rolls the midmost waters of the world, the Indian Ocean and Atlantic being but its arms. The same waves wash the moles of the new-built Californian towns, but yesterday planted by the recentest race of men, and lave the faded but still gorgeous skirts of Asiatic lands, older than Abraham; while all between float milky-ways of coral isles, and low-lying, endless, unknown archipelagoes, and impenetrable Japans. Thus this mysterious, divine Pacific zones the world’s whole bulk about; makes all coasts one bay to it; seems the tide-beating heart of earth. Lifted by those eternal swells, you needs must own the seductive god, bowing your head to Pan.”

Melville’s florid Victorian prose, like hip hop both loved and reviled, affixes him steadfast to his culture and era, stringing around him like Christmas lights myths and fantasies that expose both the amazing accomplishments of mankind and the horrific crimes it inflicts against nature and itself.

He is quick to acknowledge he is merely a visitor to these realms, a gypsy rover. He calls the genocidal Californian settlers “the recentest race of men,” acknowledging that the Chinese, Indian and Hebrew cultures are far older, but avoiding all mention of those equally ancient red and brown races California settlers slaughtered to make their “new-built towns.”

Nonetheless, Melville claims for the white Christian race dominion over all, lifted upon “eternal swells” and thereby transported hither and yon, for they have now become as gods. He makes the obligatory bow to Pan, the half-man/half-goat, patron saint of shepherds and the Greek embodiment of nature, from whom men’s powers issue.

I don’t imagine Melville intended his simile to be a comparison of how the recentest race of men is like a fornicator of goats, but there you have it. He probably intended it as a nod to Mother Nature as having the final say in all the affairs of man and beast, always a good point to make, especially when embarking upon a great ocean crossing aboard a frail wooden craft. Still, ignoring genocide on land and below the oceans are two sides of the same ignorance. The extermination of whales and sea cows followed the destruction of buffalo and passenger pigeons as surely as panning for California’s gold over the bodies of squaws and Chinamen followed the broken treaties of the Black Hills.

In another passage in Moby Dick, perhaps my favorite, Melville stares into the eyes of his prey.

Far beneath this wondrous world upon the surface, another and still stranger world met our eyes as we gazed over the side. For suspended in those watery vaults, floated the forms of the nursing mothers of the whales, and those that by their enormous girth seemed shortly to become mothers. And as human infants while suckling will calmly and fixedly gaze away from the breast, as if leading two different lives at the same time, and while yet drawing mortal nourishment, be still spiritually feasting upon some unearthly reminiscence. Even so did the young of these whales seem looking up towards us, but not at us, as if we were but a bit of Gulf-weed in their newborn sight.

Melville acknowledges the sentience and spiritual lives of the whales whose existence he is ending in order to light lamps in Nantucket, and compares his prey to human infants and nursing mothers, but then he wraps his observation in a caveat that while they seem sentient, they are really just staring mindlessly. These are not human, after all, much less Christian.

This failure to lend thought to the unique intellectual capacities of each species and their entangled contribution to the mind of Gaia enabled Melville and his contemporaries to hunt to extinction the Steller’s sea cow (27 years after Europeans discovered it); sea mink (for its fur); Labrador duck (for its eggs); New Zealand grayling (by deforestation); Canary Islands oystercatcher; Caribbean monk seal; Saint Helena large and small petrels; Pallas’s cormorant; eelgrass limpet; great Auk (the only species in its genus, killed for feathers to make pillows); and Japanese sea lion (for body parts used in traditional medicine).

Contrast Melville’s describing the ocean first as “this wondrous world,” and then, just 20 words later, as “those watery vaults.” When we hear today that ocean plastic will soon outweigh all fish combined, or that a quarter of global fisheries have ‘collapsed’ and, without significant changes, more than half of the world’s marine species may soon go extinct, Melville’s “wondrous world” slips into the watery vault in our minds. Human biological evolution gave us the genetic endowment of denial, arguably to get us past the mind-numbing recognition of our own mortality and be able to carry on in spite of that erstwhile-forbidden knowledge. Our constructed cognitive barrier, and the mechanism for breaking through it, is better explained by Ajit Varki’s Mind Over Reality Transition (MORT) theory.

Wrapping themselves in Christianity, those of Melville’s era were able to rationalize slavery, genocide, and all manner of destruction of the natural world by setting it against a backdrop of humans being called by God to serve a higher purpose. Of course, Christians were not unique in this regard — similar strains of tribal exceptionalism flow through nearly every religion and culture. Melville celebrated his own tribe by narrating in elegant detail how it had come to dominate even something as vast as an ocean and its greatest inhabitants.

However, with every sign and potent around us now screaming, this is the time we need to fully transition away from racist tribalism, “speciesism,” and the extractive models of economics and politics that are ruining the planet. Despite being hindered by disinformation designed to perpetuate false wealth concepts and concentrations, it is not too late for us to become conspiratorial regenerates.

Melville’s era is not unique or distant to our own. When we catalog biodiversity loss but do nothing to stem it, withdraw from the Paris Agreement and cancel debate rather than face up to climate change, and behave as if the throwaway, consumerist society we are extending to the farthest reaches of the world was ordained by God and our birthright, our biological and cultural blinders are equal in every way to those worn by Material Evangelists in the Nineteenth Century.

But in the end, in Moby Dick, t’was the whale that killed the whalers, all save Ishmael, spared to tell the tale. Pan got the final word. 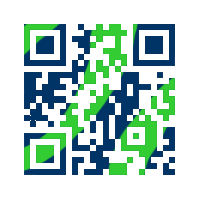 Melville was respectful of Nature. He wasn't Thoreau. My takeaway in 1965, then 19 enrolled in sophomore American Lit, was that to have a monomania like Ahab's was dangerous, more so if he's the leader. Nature won in this case. Others would document human depletion, then at early stages, so not willing to keel-haul Herman for this.