"Solutions that endure usually begin at the bottom. They build regenerative, circular economies based upon local assets — human and natural. " 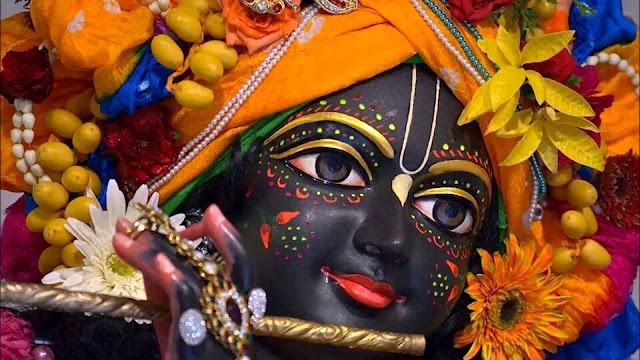 The conversation about “development” today is generally phrased in words like growth, jobs, stock market highs and lows, gross domestic product, or trends in consumerism. Some of the more far sighted use metrics like inclusion, intergenerational equity, longevity, marriage stability and happiness. Yet, just as all politics is local, all economics are personal. It comes down to how well any community — be it a rural cluster of farms or an urban neighborhood — fends for itself in the volatile world of the 21st century.

Solutions that endure usually begin at the bottom. They build regenerative, circular economies based upon local assets — human and natural. They care for all, protect the planet, and reach out to help their less fortunate neighbors. They are organic, resilient, and anti-fragile.

A few years ago in Wada, India, Shri Gauranga Das established Govardhan Ecovillage and its philosophy of “Symbiotic Recycling” — a merger of science and Vedic teachings that integrates organic farming, biogas and green buildings into a circular local economy.

Today half of the world’s population lives in urban areas. By 2050 the proportion in India is expected to be 80 percent. Three quarters of India’s 83.3 million rural villagers earn less than five thousand rupees ($78) per month. Half do not own land. Those that own are often indebted to banks for equipment, fertilizer and pesticides, charged interest rates they cannot pay. Suicide rates in the countryside are double those in urban areas. 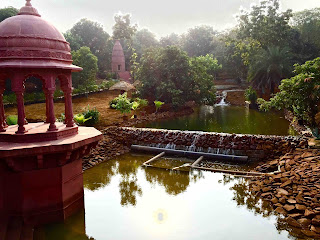 Rainwater management irrigates in dry months and recharges aquifers from monsoons. Greywater and blackwater flow to bioreactors that use plants, earthworms and aerobic microbes to remove suspended solids, pathogens and odor, returning energy and fertilizer.

India has long been one of the leaders in biochar, thanks in no small part to the work of Dr. N. Sai Bhaskar Reddy Nakka at the Appropriate Rural Technology Institute in Phaltan, a short distance south of Govardhan. For more than 20 years, Reddy has been taking biochar compost blends to farmers, making biochar bricks for green buildings, using biochar powders for waterless cleaning, and designing efficient home stoves. Worldwide, the three-stone open home fire is currently responsible for more childhood deaths than malaria — 8 million last year. Reddy has personally trialed more than 50 designs of low cost gasifiers for homes and businesses.

Now Govardhan Ecovillage is passing its symbiotic practices to 16 nearby tribal villages. Four hundred families have come together to plant more than 100,000 food, forest and medicinal trees that will absorb 2000 tons of carbon-dioxide as they grow. Das calculates that if even 1 percent of India’s villages follow the model of Govardhan, 4.7 million tons of CO2 will be drawn down annually. 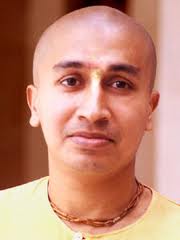 Gauranga Prabhu graduated from the Indian Institute of Technology Bombay in 1993. It is difficult to convey the significance of such an accomplishment outside India, but IIT is like the MIT or CalTech of India, only far smaller and more selective. Only 1000 graduates take degrees each year. The odds against even getting in are very long. In a December TED talk at Thapar University, Gauranga described how the academic pressure could drive students to suicide.

While at IIT, Gauranga studied Vedic scripture with H.H.Radhanath Swami Maharaja, and grew an interest in Krishna Consciousness. After school he began conducting Bhagvad Gita seminars in all prominent engineering colleges, medical colleges and management institutes. His design for Govardhan brought together all of these different elements into his symbiotic recycling. Gauranga Das describes the concept in a TED talk last June:

Unlike the anthropocentricism that pervades the principal Western religions (deriving from oppressed Middle Eastern desert cultures three thousand years ago), the Vedas, which are a thousand years older, present an ecocentric view of creation that places humans on a level footing with animals, birds, insects, trees, rivers, mountains, clouds and all the other parts of nature.

The anthropocentric worldview has failed us rather dramatically. The cultural pioneers at Govardhan Ecovillage are exploring what the alternative looks like in the real world.
Originally published at www.patreon.com.
___________________
Thanks for reading! If you liked this story, please consider sharing it around. Our open banjo case for your spare change is at Patreon or Paypal. This post is from Carbon Cascades: Redesigning Human Ecologies to Reverse Climate Change from Chelsea Green Publishers later this year (the book is free to our sponsors).
Posted by Albert Bates at 7:00 AM