"At some point the marble will fall into a warmer domain of equilibrium." 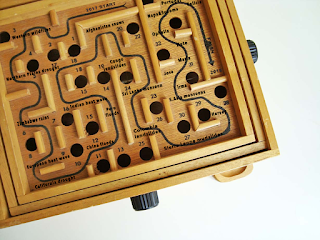 This is one of those essays that if read 100 years from now will be seen as either amazingly prophetic or yet another example of the misguided apocalyptic literature emerging in the early 21st century — the way flying cars and armies of rocketmen did in the same part of the 20th.
Our thesis is simple. What is occurred in October 2017 in California and the Iberian Peninsula of Europe was a process of reshaping continental climates as we left behind the late Holocene and passed into the early Anthropocene.

This H-A boundary condition may last not centuries or millennia like the Cretaceous–Paleogene boundary (~22000 years) or the Permian–Triassic boundary (10 million years) but could be bridged in decades owing to the magnitude, scope and speed of the triggering mechanisms.

Inveterate party-goers, we two-legged naked apes heedlessly withdrew 250 million years of fossil sunlight from Earth’s savings account and binged like mice in a corn silo. Then we vomited all that carbon into the atmosphere. It will take a very long time to clean up, even after the mice have long gone.

Climatologist Johan Rockstrom, among others, has used the trough-and-ball analogy to explain how climates shift domain less by gradual invasion than by sudden jumps.

This is also referred to as the tipping points diagram. If you have played the marble race game where you move a steel ball through a maze of holes you know how it works. Raising the incline slowly does not immediately move the marble. Only when the static equilibrium of the marble is overcome as elevation passes through an invisible threshold does the marble suddenly start to roll. Its forward motion is then not easily arrested, demonstrating Newton’s laws about objects at rest and objects in motion. Rockstrom said that global climate may have several equilibrium states, and when you disturb the resting state, it will put climate into motion — several degrees warmer, for instance. At some point the marble will fall into a warmer domain of equilibrium — let say 5 degrees. Everything in nature then retools to conform to that domain.


What seems to us plausible is that at somewhere between 350 and 400 parts per million of CO2 in the atmosphere, average global climate left its cozy warm resting state and began to roam. As we keep raising greenhouse gas concentrations — now close to 410 ppm and likely to reach 425 in 5 years and 450 seven to ten years thereafter, the marble remains in motion, and picking up speed.

“In a warming world, higher temperatures could combine with and amplify severe precipitation deficits. If temperatures continue to rise as they have, the U.S. Southwest could be facing “megadroughts” — worse than any droughts in the region since medieval times — by the second half of the 21st century.” 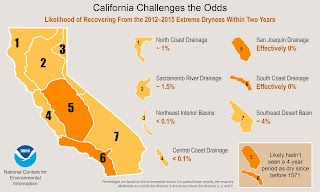 At the next hiatus — an equilibrium of greater warmth — the Sonoran desert of Mexico could extend to within a few hundred miles of the Mississippi at its eastern extent and beyond the Canadian border in places at its northern extent. Reverting to an interglacial past will be the Sandhills region of Nebraska, aided by the Trump/Pence Administration's lifting of restrictions to the route of the TransCanada Keystone XL Pipeline. California and the American Southwest would be populated by shifting dunes, scorpions and sidewinders. In Europe, the Sahara desert may cross the Mediterranean and extend to the foothills of the Pyrenees, Apennines, Alps and Balkans.

At this, the earliest stage of the H-A boundary, we are witnessing removal of forests to make way for those future deserts. They will not regrow. The soil will be too warm for seed germination. Droughts and fires will continue to periodically sweep away any vegetation that emerges. Eventually the topsoils will erode and the subsoil will turn to fine, wind-borne sand. Anyone foolish enough to build a home in these places will sooner or later watch it burn or blow away. 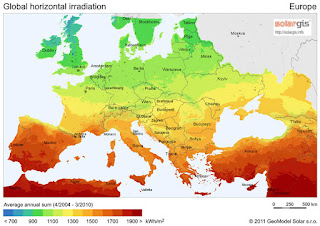 It’s like President Trump telling a pregnant widow, ”He knew what he signed up for but when it happens it hurts.” When you spend $3.4 trillion tax dollars each year to boost the failing fortunes of companies like Peabody, Exxon and TransCanada, you have to know what you are signing up for.

There is, in all this, a tiny ray of hope. Out there at the edge of the Portuguese high plains, with a faint odor of smoke from a distant fire line, there stand a small group of youth. They are gathered on a farm in the northwest of Quinta do Vale da Lama. They have come from around the world to make a stand.

It may seem Quixotic, given the pent-up anger on Mother Nature’s side, but let us remember that Franklin Delano Roosevelt almost single-handedly halted the Great American Dust Bowl.

FDR established the Civilian Conservation Corps (CCC) within his first 100 days in office and the Soil Erosion Service (later the Soil Conservation Service and now the Natural Resources Conservation Service) shortly thereafter.
The establishment of the Soil Erosion Service marks the first major federal commitment to the preservation of natural resources in private hands. Even more significantly, in 1935, FDR initiated the Prairie States Forestry Project to create a “shelter belt” from the Texas Panhandle to the Canadian border. Over the course of the next seven years, the U.S Forestry Service, working in conjunction with the CCC, the newly established Works Progress Administration (WPA), and local farmers, planted nearly 220 million trees, creating over 18,000 miles of windbreaks on some 30,000 farms. The scale of this effort boggles the imagination. It literally changed the face of America and most importantly — along with the introduction of new farming techniques also initiated by the New Deal — stopped the dust storms dead in their tracks.

— David B. Woolner, FDR and the New Deal Response to an Environmental Catastrophe

It bears footnoting that FDR’s shelter belt was also the design of his Agriculture Secretary (later Commerce Secretary and Vice -President) Henry A. Wallace, who might have become the 33rd President of the United States (instead of Harry Truman) had his progressive agenda (universal single payer health insurance, an end to the incipient Cold War and red-baiting, and abolition of segregation) not been opposed by his own party.
Volunteer foot-soldiers are now rushing to the Iberian salient. Perhaps an Abraham Lincoln Brigade from the USA?. To enlist in the Portuguese workshop register here. The first 30 applicants received will be confirmed (the rest will have to be wait-listed).

If you can afford 10 euros per Month to support this grassroots effort you can join a growing community and become a founding member of the Ecosystem Restoration Camps Foundation. If you don’t have the resources to support but wish to learn about regenerative agriculture and large-scale ecosystem restoration more camps are being built to make this possible, join here.

The movement’s vanguard camp in Altiplano Spain held its first public open day on October 16. The campfires have been lit.

Alone the scale of the problems we face can be overwhelming but together we are a powerful force that can change the world. Lets go camping and restore a little bit of paradise every day.

It was really insightful.
Thanks for the info.
Wanna have more contents from you.
Cheers
BTW if anyone interested more have a look Read More thanks