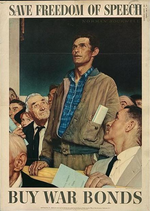 At the beginning of November, when it was getting colder, we had the opportunity to visit Zucotti Park and sit in with the Occupy Wall Street crowds. We had been concerned that colder weather might dampen spirits but those fears proved unfounded, and our patriots’ spirits now are much higher than at Valley Forge.

Our citizens have learned a great deal about democracy in 235 years, and it shows. One of the chants taken up as they march on Bank of America, City Hall, a reception for Henry Kissinger, or wherever they might be going that day, is “What does democracy look like? This is what democracy looks like!”

The loose agglomeration that meets in daily General Assembly (GA) is really good at framing and hardly needed advice from George Lakoff, although he was thoughtful enough to provide some. Don’t make specific demands, he said, be a moral focus. Be patriotic. Be the public, standing up. Be citizens. Make it about rights, not privilege. He didn’t need to give that advice, but it was good to put it out there. These people at the GA already have it in their DNA.

The difference between this group and the framers meeting in Continental Congress is more than the two centuries of experience gained and prophesies fulfilled (Washington, Jefferson, Madison and others expressly warned of political parties and bankers). It is also a difference in method. The colonists, intoxicated with the idea of popular democracy but sobered by a fear of power usurpers, were stuck with Robert’s Rules of Order.

The GA, and the break-out groups that meet in the Atrium at 60 Wall Street are blessed with the Quaker tools now refined by waves of protest movements: the Suffragettes, Satyagraha, Lunch Counter Sit-Ins, No-nukes Affinity Groups, and Battle in Seattle. What doesn’t work? Violence. Power Trips. Hierarchies. What works? Good facilitation, timekeeping, note-taking, hand-signs, open agenda, global café, conflict transformation, consensus. What came out of the conventions at the turn of the 18th to 19th Century was protection of slavery, disenfranchisement of women, ethnic cleansing of Native Americans and the preservation of an elite ruling class, especially the banksters. What will emerge from this process may also be flawed when seen in hindsight centuries hence, but it will be progressively less so.
At the Atrium sessions, weeks and months of meeting on Vision and Goals, sometimes with the same people, or sometimes with nearly all new people, had so far only gotten as far as a draft preliminary vision statement. Two versions were offered at the meeting we attended with about a dozen people, including an elderly bearded rabbi and a First Nations pipe-bearer from Canada. The first was a single page that had already been read aloud in the GA, the other a much longer document that gathered in many more threads that had been woven together in the breakout group. In this meeting, 10 minutes was allocated to the former and 30 to the latter. Those who had taken on responsibility for a redraft would listen to the voices of this group on this night and take that back to revise the next draft for the next night. Only when the document fully expressed the wishes of the whole ad hoc committee, by consensus, would it be returned to the GA for re-reading and offered for consensus there. 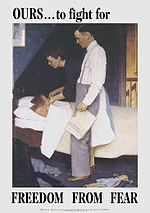 These committee meetings allow themselves only about 2 hours per day, so the agenda had to be condensed and consensed quickly at the start of each session. New offers to present, in writing or verbally, were received and voted upon. Six final choices were narrowed to 3 agenda items with pre-assigned duration times. In this way the meetings went smoothly, and people remained fresh and eager to meet again the next day. Democracy is not quick. There is a learning curve for many activists who have conceived such polities but never had to practice them. It may take a while to come to appreciate the skills of “unelected” facilitators and the liberty of time.

Where did the Atrium space come from, one might ask. The Atrium is public space that was guaranteed by the real estate developer to be open for public use, in exchange for New York City raising their height restriction and rental occupancy limits. There are more than 500 such places in New York City, including Zucotti Park, although the 1% Press has been carefully obscuring this point and making the occupation seem like trespass, and the developers have been pressuring the 1% Mayor to evict. Confronted by a court ordering him to allow the protesters to remain in the public spaces they were given by law, the Mayor has relented and provided port-a-potties, food vendor access, and other accommodations to basic needs. Rumor has it he will even be providing some heated tents soon. 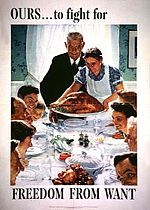 From what we saw, the Occupiers in New York are in no hurry, have really good process and facilitation, and their Open Space format allows all ideas to come in and be heard. They have plenty of donations for needed supplies. Of course there are the usual crazies and street people who also occupy the space and the juice, but the Zucotti camp itself is not threatened by cold weather, rain, snow, or disinterest. Their biggest challenge is coping with their own numbers, which are growing every day. They may soon have to add another park, so watch for that.

“The question of freedom must be posed afresh — in its most profound sense — so that it might be retrieved. For in the answer to that question alone resides the secret of the revolution. The cry of Liberté, Egalité, Fraternité! still rings through the ages, but it has fallen on deaf ears. Humanity must be awakened from its comatose state, its long ahistorical torpor, so that freedom can at last be realized.

“By ‘freedom’ or ‘liberty’ is understood at least the following:

These ten points draw into focus both the intellectual strength of the Occupy movement and its naiveté. Perhaps the rigor of the process will shave off some of the rough edges before it is complete, but as it stands, the document takes a giant step beyond Franklin Roosevelt’s four freedoms:

“In the future days, which we seek to make secure, we look forward to a world founded upon four essential human freedoms. The first is freedom of speech and expression—everywhere in the world. The second is freedom of every person to worship God in his own way—everywhere in the world. The third is freedom from want—which, translated into world terms, means economic understandings which will secure to every nation a healthy peacetime life for its inhabitants—everywhere in the world. The fourth is freedom from fear—which, translated into world terms, means a world-wide reduction of armaments to such a point and in such a thorough fashion that no nation will be in a position to commit an act of physical aggression against any neighbor—anywhere in the world. That is no vision of a distant millennium. It is a definite basis for a kind of world attainable in our own time and generation. That kind of world is the very antithesis of the so-called new order of tyranny which the dictators seek to create with the crash of a bomb.” (Address to Congress, January 6, 1941)

Roosevelt’s freedoms, which did not reach for impossible social goals like freedom from boredom (although, in truth, that should be afforded prisoners as a fundamental right), were really bedrock needs. Its amazing to us today how broadly they were accepted in 1941. They were used as set pieces for Norman Rockwell’s Saturday Evening Post covers. After the war, they were incorporated into the preamble to the Universal Declaration of Human Rights.

But can you imagine Obama calling for a world-wide reduction of armaments to such a point and in such a thorough fashion that no nation will be in a position to commit an act of physical aggression against any neighbor? Or hearing it from any of the Republican candidates for President?

The gap between the Roosevelt four freedoms and the Occupy ten freedoms is one of realities versus perceptions. While it is realistic to ask for societies to so organize themselves that the least of us is protected from hunger and fear, it may not be reasonable to expect that a population of 7 billion can be liberated from ignorance and apathy, or that a free liberal arts college education or high-tech extensions of life for the terminally ill should be guaranteed. We are at peak extraction, peak energy and peak population, and beyond this point lies a Great Change.

In our view, if the Occupy Wall Street GA just got the United States back to championing Roosevelt’s four freedoms, that would be significant.