"The older generations have eaten the future of the younger ones."
— former Italian Prime Minister Giuliano Amato
The pyramids of Egypt everyone is looking at these days are not the ones built from sandstone, but those created from excess testosterone, ovulation and the explosion of youth. It is a demographic pyramid; skinny at the top but wide at the 15-to-30-year-old band.

Recently we were in the recording studio taping the audiobook version of The Biochar Solution. We were reading the Introduction ourselves, in first person singular, and leaving the remainder to more professional-sounding narrators.

As we read into the microphone, we had a strange out-of-body experience, transposing with the listening audience, and hearing that chapter for the first time from the point of view of a stranger.

It was a bit worrying.

In the United States in particular, and that is where the majority of sales for the book are expected, there is no general acceptance of the fundamental premise of this book — that climate change is the most serious threat homo sapiens face, more serious in fact than any we have ever faced.

But if you don’t believe you have the disease, its unlikely we’ll be able to sell you the remedy.

Some nervous second thoughts are to be expected, we suppose, but then we have always been speaking to a smaller, presumedly wiser audience — those who read. (And we’re not talking about TV Guide, USA Today or People Magazine, but actual books.) Perhaps, like us, our audience also surfs the web for emerging sector news feeds, and looks to the edges of science and intellectual debate for their perception of the future. They are less concerned with Lindsay Lohan’s latest court date or Gerard Butler’s abdominal exercise regimen than with the effects of the drought in the Amazon, the rising price of grain stocks, or the gitmoization of Bradley Manning. 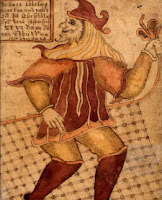 Recently Peter Coy, of Business Week,  reported on the growing malaise of unemployed youth. “In Tunisia, the young people who helped bring down a dictator are called hittistes—French-Arabic slang for those who lean against the wall,” he said. “In Japan, they are freeters: an amalgam of the English word freelance and the German word Arbeiter, or worker. Spaniards call them mileuristas, meaning they earn no more than 1,000 euros a month. In the U.S., they're ‘boomerang’ kids who move back home after college because they can't find work. Even fast-growing China, where labor shortages are more common than surpluses, has its ‘ant tribe’ — recent college graduates who crowd together in cheap flats on the fringes of big cities because they can’t find well-paying work.”

This is where population pressure begins to unravel economies. The revolution in the Middle East is being driven by demographics: youth with iPods and a serious case of consumer lust are demanding their share of the American Dream. There is as yet no recognition that the suburban middle class with a two-car garage and cable TV that they watched in movies, growing up, has been purchased at the expense of indigenous peoples and a rich matrix of bioregional ecosystems, both reduced to slavery before being nearly extinguished.

Fifteen- to 29-year-olds account for 34% of the population in Iran, 30% in Jordan, 29% in Egypt and 21% in the USA. As government belt-tightening extends retirement age, shaves public sector jobs and pensions, and cuts benefits to the unemployed, the old eat the jobs of the young.

For every group of disenchanted freeters, there is a corresponding group of extinct species. Mileuristas have been purchased at the cost of cork forests, salmon and Pyrenees bears.
The banal neoliberal prescription from governments hoping to reset to a status quo ante is to provide more education, jobs and a bigger safety net. Dream on. All three of those cures only feed the cancer. The highest rates of youth unemployment — typically a quarter of the population — are now found in the Middle East and North Africa, but that will change. China and India can’t possibly hope to keep pace with booming populations once the cheap energy peak tips into a steep energy decline. Food supply — double whammied by fuel and fertilizer panic and climate chaos — will be the great leveler.

And, in a curious twist, that may be when people come around to reading The Biochar Solution, or getting the audiobook.

I read through Biochar Solution a couple times before I could fully comprehend everything that was in it. It's a great book. I gave away my first copy to my nephew; I hope he took it seriously. Keep up the writing. I plan to give the book to other people, if they agree that they'll read it.