"The hard choices are actually easy ones, which you can see if you visit your nearest ecovillage or go to an Open Café hosted by a node in the Transition Network. Lose the SUV. Get a bike. Grow a garden."
In the previous posts we looked at the Cancún Climate Summit from the trenches, where what seemed at first another impasse suddenly broke open with some astonishing and foresightful developments. Quite the opposite of another Copenhagen and more akin to what happened to the World Trade Organization when they met here many years ago, Cancún showed the power of small, rhyzomal networks to bend the arc of history.
In monasteries and convents from Bhutan to Trieste, monks and nuns gathered up their robes and booked flights to the Mayan Riviera. There they met and linked arms with backyard inventors from Guatemala, bicyclists from Nova Scotia, Amazonian Indians, climate scientists, Lapland herders, political games-theorists, bloggers, tweeters, Chinese youth, Greenpeace Warriors of the Rainbow, Mariachis, Yucatecans, the poor, and the powerful. They joined in common cause. And their voices were heard. 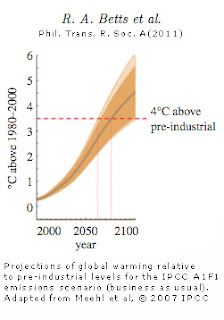 We are in the final throws of the collapse of the Industrial Empire, which began at about the turn of the 20th Century and will conclude, probably with the same abruptness as experienced in the former Soviet Union, some time soon. That event is a minor blip in history, however. What drew young and old, weak and strong to Cancún was the end of history, as Bill McKibben put it, 20 years ago.

All of the international dickering and jostling for position between the world’s politicians falls against the backdrop of historically unprecedented changes that will be overtaking the climate and will radically alter the gameboard long before most newer and more effective strategies for mitigation and adaptation can evolve. Unlike in Copenhagen, where a debate about purloined emails seemed to consume the world press contingent and threw the discussions back on their heels, everyone in Cancún arrived with the same set of assumptions. Even if the UN is broken, we cannot afford many more years of worsening fires across Russia, floods in Pakistan, and blizzards in London, Paris and New York. People now get that all that, in one year, was the effect of less than a single degree of atmospheric warming, over the course of a century. What will 4 degrees change look like, they are asking, by, say, 2060?

The UK Met Office was on hand to answer such questions. All that heat is not distributed equally. It is hotter and dryer in the center of continental landmasses. It is getting warmer faster at the poles than at low latitudes. The Northern Hemisphere, which has global dimming from soot and greater heat absorption by the lower atmosphere than the Southern Hemisphere, has been slipping its jet stream track. Oceans have absorbed 22 times more heat than the atmosphere. In the water cycle, a warmer ocean evaporates more and a warmer atmosphere holds more. Hence, intensity of rainfall (and snowfall in winter) is accelerating. In the Arctic so much ice has melted there is now a near-permanent high pressure system over the North Atlantic, driving severe weather and flooding into Europe and sponging out precipitation elsewhere. The result is chaotic weather volatility.

This has enormous implications for global food production and reliable water sources for cities.

As we describe in our new book, The Biochar Solution: Carbon Farming and Climate Change, the dawn of agriculture coincided with an extraordinarily long epoch of mild climate geologists call the Holocene. Mild climate variation provided predictability and reliability of temperature and precipitation that made broadscale organized agriculture possible. Agriculture made civilization possible.

All of that is about to unravel. We are now in the Anthrocene, an epoch of human-moderated climate chaos, also called the Age of Stupid. Extreme variation is the new order of business. Our system of global agriculture, really no more than a method of transforming oil into marginally nutritious food for much of the world, is about to fail us, massively. 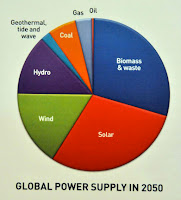 The Green Korea Program, for all its great ideas, is probably about 30 years too late. China’s ambitious solar power goals should have begun when Chairman Mao was still in charge. Germany may have some of the best technology development programs going, but the train may have already left the station.

One thing that was barely addressed in Cancún was the issue of lifestyle. While it is no longer taboo to talk about this, as it was just 5 years ago, no-one apart from indigenous peoples, ecovillagers and Transition Towners seems to grasp what much of it entails.

In 1966, the American economist Alfred E. Kahn described a situation where a number of decisions, individually small in size and time perspective, cumulatively result in an outcome which is not desired by anyone. Kahn called his concept “The Tyranny of Small Decisions” after watching the fate of the Ithaca passenger rail service. 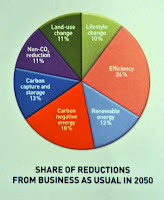 For more than a century, the railway was the only reliable way to get in and out of Ithaca. It provided services regardless of conditions, in fair weather and foul, during peak seasons and off-peak seasons. The local airline and bus company skimmed the traffic when conditions were favorable, leaving the trains to fill in when conditions were difficult. The collective individual decisions made by travellers did not provide the railway with the revenue it needed to cover its incremental costs, similar to the circumstance of the U.S.’s and other postal services with the advent of Federal Express.

Later, in 1982, William Odum introduced the “Tyranny of Small Decisions on the Environment,” saying that none of us would consciously choose dirty air or water but collectively our small decisions do. Its all about lifestyle choices which seem inconsequential because of context.

Threatened and endangered species owe their predicament to series of small decisions. Polar bears, humpback whales, wolves and bald eagles suffer from the cumulative effects of single decisions to overexploit or convert their habitats.

Permafrost is now melting in Alaska. Methane clathrates are bubbling up off Norway. We may already be across a threshold where tipped forcings cascade us into a much hotter world. Even if not, we’ll need to withstand the shockwaves of our past 30 years of foot-dragging as they rattle our windows with firestorms and thunderblizzards for the next several centuries.
The hard choices are actually easy ones, which you can see if you visit your nearest ecovillage or go to an Open Café hosted by a node in the Transition Network. Lose the SUV. Get a bike. Grow a garden. Make friends with your neighbors. Disinvest in the tape worm. Follow the Popsicle Index. 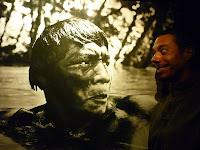 And eventually, as you gain traction, mobilize the vote. Develop and protect higher levels of decision making and responsible regulations. There is a need for politicians and planners to understand large scale perspectives. High school science teachers should include large scale processes in their courses, with examples of the problems that decision making at inappropriate levels can introduce.

Cancún’s system of voluntary pledges and economic incentives for private actors is only a partial approach to the problem. It tries to use only a carrot, but sometimes a stick is also required. So far, the political will for a stick approach is not there. Activists have to align with the pro-stick people. Get used to it: at a planetary level the U.N. is the only one with that large a stick. 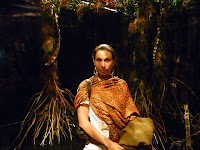 If there is a way to still get out of our predicament, the Cancún Agreements at least point us in that direction. Now it is up to all the participants to pick up their tools and get working.

Is it too little? Yup.

Does it lack teeth? Yup.

The Cancún Agreements are merely a prod.  They offer a way forward. The next step is yours.

Next: The Cancún Butterfly.
Posted by Albert Bates at 12:44 PM