"Climate change will heal the sore that Cancún has scratched, because all of this will soon enough be under the Caribbean Sea. "

Cancún, México, November 30. Uniformly, expectations are being downplayed for any concrete action to be achieved here, which makes one only wonder, so why are 15,000 people converging on Cancún to work on a treaty to prevent catastrophic climate change?
Michael Jacobs, one of UKPM Gordon Brown's climate change advisers, told a London newspaper “Let's get the bad news out of the way first – there isn't going to be a legally binding global climate treaty for at least three years.” That seems the consensus view here.

Which made it all the more interesting that on one wall of Cancún Messe are these charts of delegates’ and observers’ carbon footprints for all of the Climate COPs since the Earth Charter was translated into the big three frameworks for action (the convention on climate change, the convention on biodiversity and the convention on desertification) — 17 years ago. 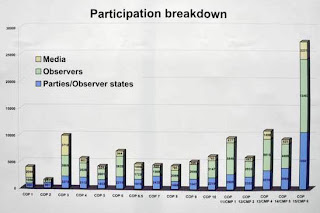 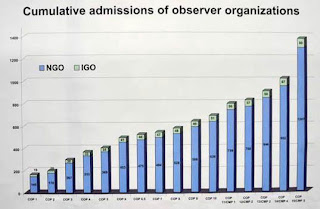 If people are trying to save the planet from the runaway carbon cycle, is having meetings in places that maximize our carbon footprint the best way to do that?

Cancún is particularly poignant as COP sites go, because it is such a perfect encapsulation of the mental disconnect between the scale of the challenge and what will be actually required. We can either impose that requirement on ourselves by legally-binding treaty or it will be imposed on us involuntarily by Newtonian physics. Nature bats last. 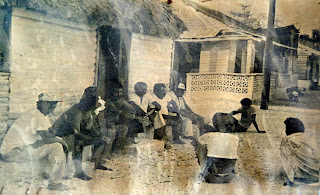 A mere forty years ago this area had been a
string of small fishing villages working the seemingly inexaustible reef ecosystems for a daily catch, and beyond the beach, dense rainforest and tiny, remote Mayan settlements all the way to Mérida, the colonial capital of New Spain.

México decided to invest its one-time bonanza of petrodollars — now in rapid decline, not to say freefall — in tourism. In that 40 years it went from exporting food to the world to becoming a net importer of its most important staples — rice, beans and corn. Instead of selling huaraches and jalapeños, it sold turquoise beaches, Jose Cuervo tequila, and Corona. México cut a 50-mile swath of mangroves to erect luxury resort hotels and tethered itself to multi-thousand-mile jet flights from London, Paris and Atlanta. Now that peak oil has arrived, it is a good day to die.

Climate change will heal the sore that Cancún has scratched, because all of this will soon enough be under the Caribbean Sea. It was there recently before, between just the last two ice ages, when a 1-degree C increase covered a large part of this flat, low-lying Yucatán Peninsula with ocean. This will happen again, in the lifetime of many of the delegates here. Perhaps that is why they are partying like its 1999.

The center of the conference is in the Hotel Moon Palace, with 2,457 rooms fetching some

$750 per night. Each room comes with a double-occupancy Jacuzzi and a sea view, liquor dispenser with top shelf brands of whisky, rum, tequila and vodka, and LCD TV with Fox News locked in. There are three Jack Nicklaus golf courses and spas and a half-dozen upscale restaurants with dinner buffets starting at $50 if you didn’t book the all-inclusive. You can swim to two of the restaurants (and three beach bars) by either the ocean or the 220-meter chlorine river that winds through the connecting patios by the beach. With their rooms comp’d by their governments, delegates can unwind with a hot stone and aloe massage by the pool, balneotherapy in one of 6 private suites, or facials and body scrubs in 20 spa rooms. 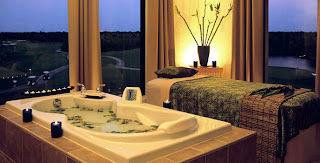 If mingling with lower classes is not for you, the Moon Palace has 50 Presidential Suites where everything can be brought to you by skilled professionals.

Last Saturday, Mexican President Felipe Calderon dedicated the State’s first commercial-scale wind turbine, announcing that it will provide “part” of the hotel’s electricity and save carbon for the conference. Given that each double Jacuzzi generates 35 times more carbon dioxide than an ordinary bath and 80 times more than a five-minute shower, we’re guessing that the wind will only make a very small contribution even to México’s public relations.

The Climate Action Network voted Canada its first Cancún Fossil of the Day Award for a year of climate inaction, but the New Face of Moet Champagne, Canadian Scarlett Johansson, has gotten into the Jacuzzi with Tcktcktck and Oxfam. The actress has signed an open letter as an Oxfam Global Ambassador “to call on international negotiators to protect the world's poor from climate catastrophe.” Leonardo DiCaprio, another respected climate change celebrity, has received praise from environmental groups for flying on commercial airlines rather than by private jet. In fairness, earlier this week he donated $1 million to the World Wildlife Fund to protect wild tigers around the world. They don’t fly by private jet either.
So it should come as no surprise that at the official reception dinner, where all the music was provided by military bands, the food was catered
by Margarita Carrillo de Salinas, owner and executive chef of Don Emiliano in Cabo San Lucas, Casa México in Mexico City and La Colina in Tokyo. Chef Margarita is the leader of the Slow Food movement in Baja and recently accepted a UN award on behalf of México for its “World Heritage” cuisine. It was lovely to see La Maestra getting down with the Mariachis and dancing until after midnight with delegates and NGOs.

In all of this, there is an abiding sense of dancing on a grave. The trouble is, it is our grave. All of ours. There is no joy in that, not really. There is only a profound disconnect. 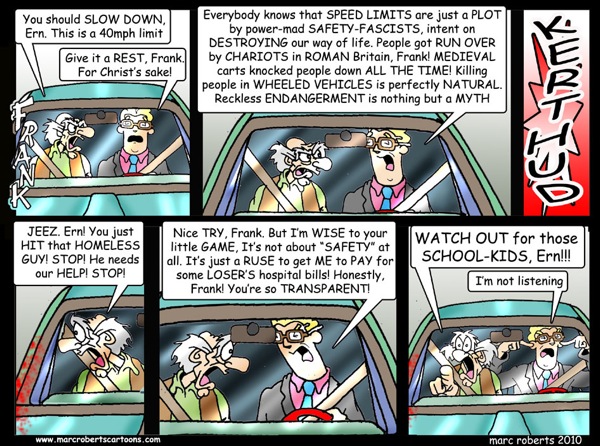 Land Use, Land Use Change and Forestry (LULUCF) terminology translated by Climate Action Network (CAN):

Cap: Term used by the G77 and China but not understood by Annex I.
Harvested wood products: The logging industry’s little joke.
Posted by Albert Bates at 11:48 AM