A Lesson of History

"The only honest government in the world"

This past week I have been working with some small town residents in rural Mexico in their preparations for petrocollapse and naturally my first recommendation is to get out of the way of the peso, because it is coming down. Today it is trading at 15 to the dollar, which is great for people with dollars, but not so good if you are getting paid 150 pesos per day, which many people here consider themselves lucky to get, usually by cleaning bathrooms, waiting tables, digging holes or banging nails.

We designed a complementary currency for this town, which we are calling the Tiburon Ballena (whale shark), with the idea of using it exclusively in the Ejido of Lazaro Cardenas. Touristas (such as those coming to dive with the whale sharks) would exchange their pesos at a Cambio booth, use the Tiburon Ballenas in restaurants and hotels, and then exchange back to pesos when they leave. If they forget to exchange back, or keep the bills as souvenirs, then so much the better, their pesos stay in the Ejido.

As I was photoshop’ing a sketch of a 100 peso bill, I went to the web to get an image of Lázaro Cárdenas, the gentleman from whom the Ejido takes its name. In the restaurants and homes of this small town there are some portraits that recur with remarkable consistency. They are the heroes of this place, and they are easily recognized by most of us from other countries: Emiliano Zapata, Frida Kahlo, Bob Marley, Che Guevara. But also there is Lázaro Cárdenas, and it is kind of surprising in one way, and not so surprising in another, that we of the North know so little of the man who was President of Mexico from 1934 to 1940.

It is a piece of history we should take the time to learn, because it has a lot to do with what is happening now in Washington.

Lázaro Cárdenas was born into a lower-middle class family in the village of Jiquilpan, Michoacán. He supported his family (including his mother and seven younger siblings) from age 16 after the death of his father. By the age of 18 he had worked as a tax collector, a printer's devil, and a jailkeeper. Although he left school at the age of eleven, he used every opportunity to educate himself and read widely throughout his life, especially works of history.

Cárdenas originally set his sights at becoming a teacher, but was drawn into politics and the military during the Mexican Revolution after Victoriano Huerta overthrew President Francisco Madero. He backed Plutarco Elías Calles, and after Calles became president, Cárdenas became governor of Michoacán in 1928. He became known for his progressive program of building roads and schools, promoting education, land reform and social security.

That may be as far as many texts or encyclopedias written in the USA would take our children, and it is enough for a homework assignment or a class report. But there is much more that has been forgotten. 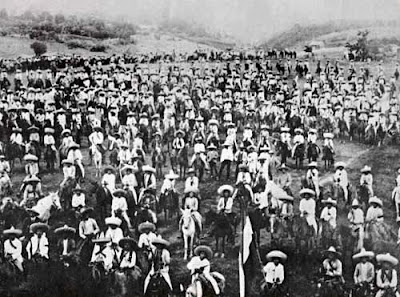 Cárdenas joined the revolutionary forces with Maderas, Zapata, Pancho Villa and others in 1913 and rose to become a general in the revolutionary army, vanquishing the autocratic regime of Porfirio Diaz. He found himself being put into nomination as Mexico’s ruling party's presidential candidate because he was considered a compromise between those wanting more democracy for the 1934 elections and the vassals and toadies of Mexico’s kingmaker of that period, ex-Presidente Plutarco Elías Calles. According to Wikipedia:

Calles went along with it, thinking he could control him as he had the previous two. This however, was not so. Cárdenas's first move once he took office late in 1934 was to have his presidential salary cut in half. Even more surprising moves would follow. After establishing himself in the presidency, in 1936 Cárdenas had Calles and dozens of his corrupt associates arrested or deported.

Cárdenas ended capital punishment (and it has never been brought back), dropped the armored cars and bodyguards that heads of state usually travel around with, and donated the ostentatious Spanish viceregal palace that had been Mexico’s White House to the National Museum of History. At Frida Kahlo’s urging, he gave refuge to the exiled Leon Trotsky, and empowered and reformed Mexico’s labor unions.

With Mexico sinking into the same Great Depression as other countries of the mid-1930s, He returned to the socialization of industry and agriculture begun with the constitution of 1917. Large hacienda landholdings were broken up and distributed to small farmers in the ejido system, and many foreign-owned properties, especially essential industries and oil fields, were expropriated. Trotsky described the Cardenas’s government as the only honest government in the world.

All this socialist activity was looked on with a jaundiced eye North of the Border, but it wasn’t until Mexico came to the aid of the Abraham Lincoln Brigade and others fighting against Franco’s Facists in the Spanish Civil War that he ran afoul of the powerful men around President Franklin D. Roosevelt. Roosevelt thwarted Mexico’s war aid effort, but when the war ended Cárdenas gave safe haven and protection to all exiles. Into Mexico came tens of thousands of refugees, among them distinguished intellectuals who left a lasting imprint in Mexican cultural life. There is a monument to Cárdenas in Madrid and a street named after him in Barcelona.

In 1938, Cárdenas nationalized the railroads and refashioned them into a worker’s collective. He attempted to negotiate with the major oil companies but Royal Dutch/Shell and John D. Rockefeller’s Standard Oil of New Jersey were having none of it. He appointed a presidential commission to propose an equitable split of the oil revenues, but the companies rejected the solution. So he simply nationalized Mexico's reserves and expropriated their equipment, which he paid for. The announcement inspired a spontaneous six-hour parade in Mexico City. Imagine nationalizing Exxon/Mobil.

The United States and United Kingdom reacted with predictable vengeance, closing embassies and encircling the country with an economic embargo, Cuba-style. With Hitler and Mussolini beating war drums in Europe, Roosevelt and Chamberlain could little afford to send an invasion force to Mexico and take back the oil fields, but they did the next best thing. They denied Mexico the technical knowledge required to run the refineries, especially on how to obtain a critical chemical component needed to obtain gasoline from oil; much the same way they are denying Mexico the technology to produce oil from deep ocean rigs today. Wikipedia reports the Mexican response this way:

On Cárdenas's instructions, an elite team of around 30 engineers and gifted students were tasked to discover how to obtain the needed chemical before the national fuel reserves ran out in a matter of weeks. They were on the verge of achieving their goal when an apparently accidental explosion killed them all. A second team was assembled and they succeeded; Cárdenas sent to each president of the oil companies a little box with a vial filled with the Mexican formula.

And so was created the National Polytechnic Institute and a model other nations seeking greater control over their own natural resources.

Cárdenas relinquished his office at the end of his term, despite popular clamor to remain. He was recalled to national service as Minister of National Defense (1942-45) giving him the opportunity to make amends with Roosevelt in order to deny Mexican oil to Germany and fuel the allied war effort.

He succumbed to cancer in 1970. His son, Cuauhtémoc Cárdenas Solórzano, formed the PRD and ran unsuccessfully for the Presidency three times, losing, it is generally believed, by voter fraud, most recently to Vincente Fox in 2000. 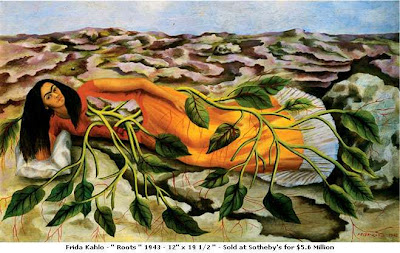 Looking to Obama’s populist ascendance to the American presidency, one could imagine few better role models than the poor meztizo Indian boy, Lázaro Cárdenas, who stood up to the great powers, the fat cat insiders and kingmakers, and the all-powerful and wealthy oil cartels, and made the fate of his people, their food, wage and energy security, and freedom from oppression the first priority for his presidency.
Posted by Albert Bates at 3:14 PM