"The word “redskin” has been coined to refer to these trophies." 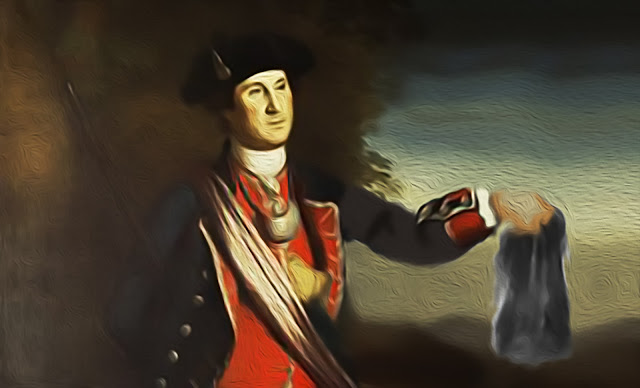 Paris, June 15, 1756. Antimonarchists are having a field day following a report in the Paris Times Tuesday that King Louis XV was briefed and chose to ignore the cash bounty being offered for the scalps of officers posted to defend the 75,000 inhabitants of New France in the War of Conquest (Guerre de la Conquête) begun by English colonials two years ago.

A spokesperson for Bastille Lives Matter said, “I do not understand for a moment why the King is not relating this to the French people right now and is relying on ‘I don’t know,’ ‘I haven’t heard,’ ‘I haven’t been briefed.’ That is just not excusable.”

Since ascending to the throne at age 5 following the deaths of his father, mother, and older brothers from the recent pandemics, Louis has continuously downplayed the aggression of the English, particularly by the governors of Pennsylvania and Virginia provinces and their Iroquois, Catawba, and Cherokee allies. Louis has inconsistently defended against English aggression while inexplicably inking a secret defense treaty with Austria, France’s sworn enemy for nearly 200 years, though the mediation of his mistress. Last year’s seizure of 300 French merchant ships by England has gone unremarked.

The King has not increased aid to the limited military force in New France, despite the pleas of his commanders, preferring to concentrate his army against Prussia, a weak force already vastly outnumbered but despised by Austria, our new secret ally. New France is defended by only 3,000 troupes de la marine against a superior force of colonist irregulars and Iroquois under the command of one 24-year-old Captain — a George Washington of the Virginia Militia (designated by Les Canadiens as a rebel terrorist organization). 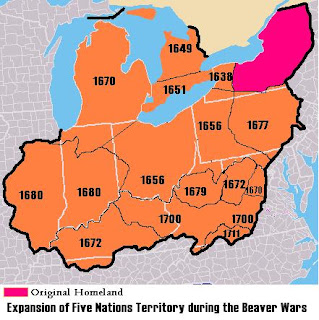 Some of the King’s troubles might be explained by his insularity since he has fired most of his cabinet officers and failed to replace them. In January 1743, it should be recalled, he was shown a letter that his father had written to his grandson, Philip V of Spain, that counseled: “Don’t allow yourself to be governed; be the master. Never have a favorite or a prime minister. Listen, consult your Council, but decide yourself. God, who made you King, will give you all the guidance you need, as long as you have good intentions.” Since having that letter read to him, Louis has been loathe to listen to the advice of his senior military staff, calling them “Deep State,” or “The Swamp.” He governs unilaterally, without a prime minister to check his impulsive style.

Nonetheless, New France’s Governor-General Roland-Michel Barrin de La Galissonière was so concerned about the incursion and expanding British influence in the Ohio Valley that he ordered Pierre-Joseph Céloron to lead a military expedition through the area. Céloron’s small force of 200 marines and 30 Indians covered about 3,000 miles (4,800 km) between June and November 1749. “All I can say is that the Natives of these localities are very badly disposed towards the French,” Céloron reported, “and are entirely devoted to the English. I don’t know in what way they could be brought back.” Following skirmishes at hastily constructed French forts, Louis finally assented to dispatch the present 3000 marines under the command of Baron Dieskau last year. Declarations of war on both sides followed.

The King’s well-known distraction with his mistress, Madame de Pompadour, has led to the promotion of a number of incompetent military commanders at her urging. While this has not seemed to harm his Prussian campaign, the same cannot be said in North America, where the Baron’s efforts to “inflict punishment” upon tribes that trade with the British has backfired into widespread anti-French sentiment.

A spokesman for the King says he never received the scalp bounty briefing, but additional reports emerging from royal court sources reveal that it was in his daily intelligence brief as long as a year ago, and has appeared repeatedly since. For his part, the King replied to those press reports using several of his carrier pigeons that circulate directly to his admirers, a practice he refers to as his “tweets,” labeling the bounty story “fake news.”

The intelligence summaries rely upon raw field reports gleaned from harsh interrogations of Indian prisoners, although there is disagreement among analysts over the reliability of information obtained under such duress. Nonetheless, the unsubstantiated disclosures undermine palace officials’ claims that the intelligence was too flimsy to share with Louis by oral brief. It is well known that the King does not read.

A palace press secretary berated The Times on Tuesday after their article was published, saying that reports based on “selective leaking” harm intelligence gathering. She did not address or deny the facts about the intelligence assessment, saying she would not disclose classified information. The King later tweeted that he believed the fake news to be part of a greater Jesuit conspiracy against him.

While the field data have yet to be verified, The Times, along with the Marseilles Post, have reported that Captain Washington authorized payment for the scalp of one Ensign Douville, who at the time was reconnoitering in force with a regiment of Haudenosaunee from Fort Duquesne. Sources among the Indians reported that Douville had expressly ordered them not to inflict cruelties on penalty of strict punishment. Whether the Virginian irregulars who scalped Douville knew that or not, Washington’s payment of the previously offered bounty is now a matter of public record.

It would seem that Colonial Americans are not sensitive to the trade in scalps — not even the Quakers oppose the practice — but seem, as a whole, to derive emotional satisfaction at the thought of exposing the bare skull or brains of a living captive on promise of cash reward. Such bounties have been routinely offered by colonial governments for Indian scalps since 1755 and bounty seekers are known to be not particularly discriminating whether the wearer is friend or enemy. Whether Captain Washington has political aspirations for the future, this activity will only likely boost his reputation and popularity.

Just where the practice originated is unclear, but on January 1st of this year, the Pennsylvania government proclaimed general bounties for Indian scalps. The word “redskin” has been coined to refer to these trophies. The offer is 40 pieces of eight for a brave or infantryman and 700 pieces for a principal chief or French officer. A more recent proclamation offers $150 colonial for each male prisoner above age 12 or $130 for the corresponding scalp; $130 for women and children prisoners, or $50 for a female scalp.

In the matter of Ensign Douville, Washington is reported to have expressed thanks to his fellow Virginians that “although it is not an Indian’s [the scalp], they will meet with an adequate reward at least, as the monsieur’s is of much more consequence.”

It may be of even greater consequence to Louis XV, as antimonarchists are now calling for his head.

Help me get my blog posted every week. All Patreon donations and Blogger subscriptions are needed and welcomed. You are how we make this happen. PowerUp! donors on Patreon get an autographed book off each first press run. My latest book, Dark Side of the Ocean, is nearing that moment. Please help if you can. Donations are tax-deductible.