"Both WHO and CDC told the world there was nothing to worry about."

This is the second in a multi part series to mark my 100th week of joyful isolation. The first part can be read here.

When the genomic sequencing first came back for SARS-CoV-2, the director of the Wuhan China-CDC Lab rushed to compare that sequence with the virus genotypes in her lab. She let out a whoop of relief. There were no matches. There had been no leak. WHO had to designate it a “novel coronavirus.”

The Wuhan CDC Lab is part of the PREDICT network, started during the Bush White House, when CDC was still a world-respected agency. The purpose of PREDICT was to genetically sample wild animal populations around the world and to predict what viruses might jump to humans. Some of the funding for the program was zeroed out by presidential aide John Bolton — but not before the “Wuhan Bat Woman,” as she came to be derisively called by QAnon, had sampled and sequenced the genomes of scores of wild bats and filed them in GISAID, the international genomic database.

A letter by leading genomicists published in Nature Medicine March 17, 2020 traced the SARS-CoV-2 genome and concluded that “SARS-CoV-2 is not the product of purposeful manipulation.”

Furthermore, if genetic manipulation had been performed, one of the several reverse-genetic systems available for betacoronaviruses would probably have been used. However, the genetic data irrefutably show that SARS-CoV-2 is not derived from any previously used virus backbone. Instead, we propose two scenarios that can plausibly explain the origin of SARS-CoV-2: (i) natural selection in an animal host before zoonotic transfer; and (ii) natural selection in humans following zoonotic transfer.

Many published studies have since confirmed that early finding, announced at a time when the global Covid death toll was 4,373. There are so many genetic differences between SARS-CoV-2, as it originally appeared, and all known coronaviruses in GISAID, that it could not possibly have been engineered by any gene-splicing technology known to science today. SARS-CoV-2 could only have arisen by host-to-host mutations. Or perhaps, if you like QAnon theories, through advanced technologies brought to our planet by alien races. As a major shareholder in the vaccine-making pharmaceutical companies since February 2020, Rand Paul is well aware it could not have come from “gain of function” research.

When it saw how fast SARS-CoV-2 spread, China went into lockdown, welding shut the outer doors of apartment buildings. It threw up new, 10,000-bed hospitals in mere days. These tea leaves were read and reported by The New York Times in February, but with an attitude of patrician disdain for authoritarianism rather than any sense of alarm. Both WHO and CDC told the world there was nothing to worry about and mainstream media dutifully parroted that. But as cruise ships continued loading elderly passengers at Chinese ports, wary Singaporians and Taiwanese broke out their facemarks. Legions of contact tracers were recruited across ANZAC.

In Asia, new phone apps greatly simplified the tracing work. Developers produced infrared-scanning wall cameras for airports to read people’s foreheads. In Hong King, police were issued IR headsets to scan crowds for telltale signs of fever. Sniffer dogs were trained to sniff CoV-2 and were surprisingly good at it.

The greatest failing of the human race is its inability to understand the exponential function.

In the US, none of that happened. The exponent simply played out. Strangelovian Cold War narratives informed the discussion as if this were 1952, not 2022. Sinophobes and Rusophobes spoon-fed their paranoia to policymakers and the public. The New York Times. The Wall Street Journal. The Miami Herald. MSNBC. CNN. In the new world of Web3 media, more monetized eyeballs are magnetically drawn to stories about enemies than about friends. Outrage sells. Dopamine has been weaponized.

This is not to say there is not a real conspiracy afoot. The United States health care system is geared entirely towards maximizing shareholder and insurance company profits. It does this by minimizing prevention (the low hanging fruit being improved nutrition and regulation of environmental toxins) and devoting the nation’s best medical resources, talent and research to high-tech, high-profit procedures, often cosmetic, marginally life-extending for the geriatric wealthy. US health care operates almost entirely for the benefit of the richest one-percent — those with the platinum insurance plans. Its meta-function is enslavement of a trusting proletariat into thankless jobs just to beg meager insurance for a sick child. It is an extortion racket, plain and simple. RICO that, Fanny.

Any serious history of Big Pharma would have to mention Gilead Sciences, whose chairman Donald Rumsfeld left the company in January 2001 to become United States Secretary of Defense. A year later, Gilead changed its corporate strategy to focus exclusively on antivirals and sold its other research lines for $200 million. In 2004, an Avian flu pandemic scare quadrupled Gilead’s revenue from Tamiflu as more than 60 national governments stockpiled the antiviral drug, later proven to be nearly useless and with dangerous side effects. In 2005, before any of those negatives were known, sales of Tamiflu quadrupled. Rumsfeld’s Gilead stock appreciated $50 million. US pandemic preparedness strategy was to stockpile drugs like Tamiflu and urge other countries to do so as well. Rumsfeld’s Department co-wrote the directive.

Six months after the start of the Covid pandemic, AstraZeneca Plc approached Gilead for a potential merger worth $240 billion, but not until after the wife of Senator Rand Paul had acquired a heftier stake through her husband’s insider knowledge of the Chinese virus, back in February. Gilead avoided up to $10 billion in US taxes by laundering its profits through an Irish subsidiary. For the Rumsfeld heirs, the Pauls, and anyone else with a stake in Gilead, there were never any consequences, just a rain of cash.

Given this sorry state of affairs, the US was primed for disaster even before the banking crash of 2008 wiped out nearly all public health planning programs across all hospitals, universities, and government agencies. Epidemiology was beggared. Virology was beggared. Immunology was beggared. In 2020 the US was about as well prepared for a viral pandemic as the town crier in the Monte Python history of the Black Plague shouting, “Bring out yer dead!”

We continue this postmortem next week, when we look at Testing, Vaccines, and Treatments. 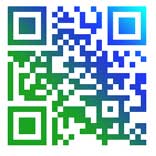 Help me get my blog posted every week. All Patreon donations and Blogger and/ or Substack subscriptions are needed and welcomed. You are how we make this happen. Your contributions are being made to Global Village Institute, gvix.org a tax-deductible 501(c)(3) charity. PowerUp! donors on Patreon get an autographed book off each first press run. Please help if you can.