"If nothing else, we are getting a good lesson in the power of the exponential function." 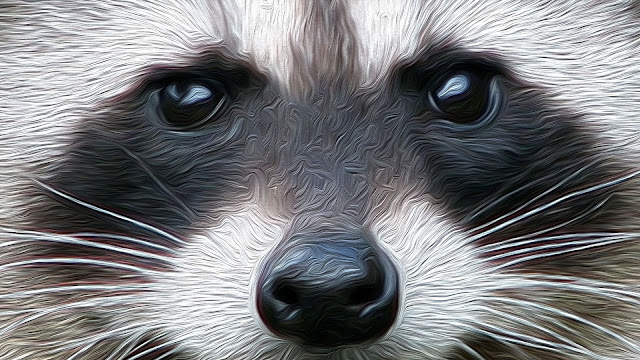 You know something has changed when you come back from a walk and find a raccoon under your bed.

Here on the north coast of the Yucatan, we are seeing the flip-side of lockdown. Wildlife is soaring back. With humans in quarantine, animals have reclaimed their natural spaces, and, as in case of this raccoon, some of ours, as well. She made a hole in my thatch and hid under the bed, maybe hoping to have some babies there.

This region experienced significant destruction from Hurricane Gilbert in 1988, followed by a drought and severe wildfires in 1989. That damage led locals to form an organization to petition for greater environmental protection from the federal government. They called themselves the “Yum Balam Civil Association,” taking a phrase from the Yucatec Maya language that translates, “Father Jaguar,” the Lord of Nature.

Área de protección de flora y fauna Yum Balam became in 1994 the first protected nature reserve in México to be created by the demand of its local residents. Its hundreds of square kilometers include important cork forests, wetlands stretching along the Strait of Cuba, Yalahau Lagoon, and adjacent barrier islands.

In 2018, a series of federal inspections led to the temporary closure or cancellation of more than two dozen proposed or partially completed Mayan Riviera development projects — hotels and residences — because they were found to be in violation of the protected area. In 2019 a development management plan was enacted to regulate development for the sake of environmental preservation. It banned plastics, pets, and exotic or invasive landscaping plants from the protected zones. It held buildings to two stories, and prohibited night lighting and fires on the beaches.

And yet, for the past year, the conditions here continued to deteriorate under the pressure of 10,000 tourists per day and new construction to accommodate them. Then, in March 2020, everything suddenly changed. The pandemic removed the main impediment. People.

Climate scientists James Hansen and Makiko Sato this week observed that, if nothing else, we are getting a good lesson in the power of the exponential function and the need to act early when bad exponents trend our way.

‘Delayed Response’ — days and weeks for Coronavirus, decades and centuries for climate change — makes both problems difficult and dangerous. Delayed response, in a system that has amplifying feedbacks, can lead to exponential response that is difficult to control.

This is why when we see exponential curves like these… 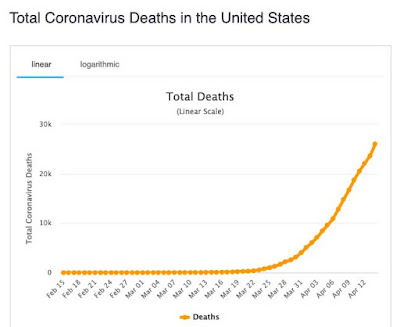 …we should not immediately think, “Oh, this will be over in a few days or weeks.” There is good reason to think that CoV-19 will be with us until a vaccine is found, or if none is found, forever. If it is here forever, what we now call our average human lifespan, historically at an apogee in 2020, will retreat to much lower levels. Fewer of us will expect to live to 80. Many more will die in their 50s and 60s. 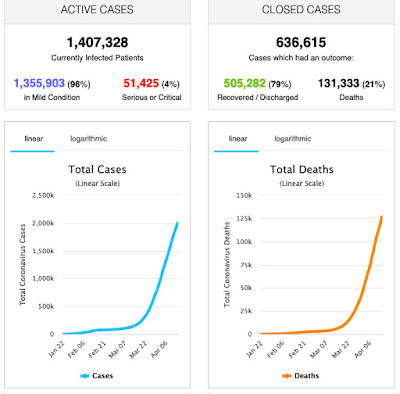 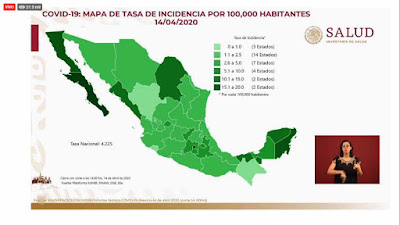 The centers of infection are where you would expect — at the doors and windows. Tijuana, Cabo, Mazatlan, Laredo, Cancun — these are where Europeans and North Americans go for spring break or vacation. These are where the CoV-19 entered.

The map is also a time machine because it is two weeks past from where the infection has already spread. We can look back in time and see these points of entry, then we can zoom forward and forecast it reaching beyond those points, everywhere, in every state and village, two weeks from now. New York and Seattle become Detroit and Denver. CoV-19 spreads like World War Z.

It is possible that some lockdowns will be lifted, and we may again be able to return to work or play, but those forays will come at higher risk and could be recalled quickly when and where hotspots develop.

The power of the exponential function is that it can also be turned to healing the planet. We have in the past spoken of the need for an 11% solution — a glide path to take us from adding 40 billion tons of CO2-equivalents per year to withdrawing 10 to 20 billion, on a trajectory that would restore the atmosphere and oceans to pre-industrial greenhouse conditions by the second half of this century.

Most people cannot conceive of how that could work. An 11 percent glide slope means halving emissions every 7 years — half the number of cars on the road, half the amount of grain-fed to cattle, half the commercial airline flights, half the naval vessels by the year 2027. Then half that again by 2034. CoV-19 gives us a glimpse of how that could happen and what it actually feels like when it does.

It may produce personal discomfort and loss, but that is not extinction. Climate change, for many animals (including ourselves), means extinction. According to a study published this month in Nature, among more than 30,000 species on land and in water, sudden population collapses are forecast across almost all species — fish, reptiles, amphibians, birds, and mammals — and in almost all regions. Unless something radical happens. 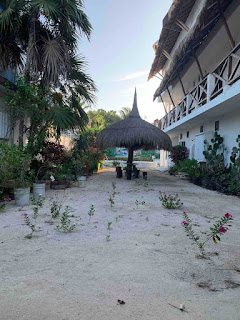 “For a long time things can seem OK and then suddenly they’re not,” Alex L. Pigot, a scientist at University College London and one of the study’s authors told The New York Times, “Then, it’s too late to do anything about it because you’ve already fallen over this cliff edge.”

But something radical is happening. Goats are taking to the streets in Wales. Kangaroos are dancing on Australian beaches.

The effect the lockdowns will have on the global economy will be a deeper decline than during the Great Depression of the 1930s. On the other hand, nature is the REAL economy, so this is a good thing. We may even hit the Paris targets for emissions reductions without the Glasgow stocktake.

This week the world population rolled past 7,777,777,777 humans. That is a problem. For CoV-19 to even give us a neutral growth year, more than 100 million will have to die. CoV-19, or something just as deadly, would have to keep doing that until we stop reproducing ourselves exponentially.

In recent days the silence makes birdsong audible in the once-busy streets of this village. Giant manta rays and dolphins cavort near the docks that used to unload full ferries of visitors. The now-abandoned sandy beaches await the arrival of female Hawksbill turtles to make their nests and lay their eggs. Soon the manatees will return to our rivers.

This is what ecological regeneration looks like. It is a beady-eyed bandit peering out from under your bed.

I wonder how much the birth rate could also decline due to a widespread fear of coupling, economic hardships, and fear of hospitalization as well the concern for the well-being of newborns.