"While we can never fully go back, with enough people trying, something approaching normalcy will return... until we summit the roller-coaster track and plummet again." 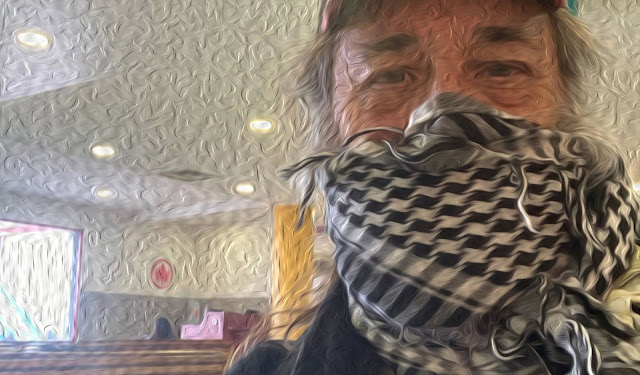 Fifteen years ago, when I began blogging, I called my page “The Great Change.” My premise was that the world was at the cusp of a phase shift in civilization. The era of cheap oil had passed, and with it was gone the abundant energy that had created the growth-imperative economics everyone was so accustomed to. Homo sapiens was going to be graduating, after a rite of passage, from an adolescent species, ever-expanding its niche by out-competing all others, to a mature adult species engaged in complex relationships to build a more stable steady-state within which to gracefully inhabit Earth. What is coming will be wonderful, I said.

The manipulation of the price of energy — essentially issuing future government debt (to nature) to hide the real price of a commodity (shale, tar sands, or deep offshore crude oil, and fracked gas), using unbelievably expensive and wasteful corporate, military and clandestine means — fascism by definition — allowed our happy-go-lucky, motoring, consumerist society to keep on its merry way until dramatically catastrophic climate alteration began forcing us to notice what we were doing. By then, we had overdrafted accounts with the planet to such an extent that foreclosures were cascading — floods, hurricanes, droughts, climate refugees, biodiversity crashes, fracking Ponzi busts, reactionary governments, and Coronageddon, to name a few.

The Great Change, over the course of all those years, gradually migrated from giving advice about prepping for the coming economic hardship (including recipes for tasty meals from your organic garden) to tracking changes in the weather, and then proposing solutions (biochar) that could increase the nutrient density of those homecooked meals while turning down the atmospheric thermostat over the course of the next century, employing a novel curative program we called the Cool Lab.

Enter Covid-19. Those who have been following our recommended steps and have full pantries of canned goods, know where their water and power comes from and their sewage and plastics go, tend gardens even in winter, and have stockpiled books, DVDs, and a good assortment of sharp and well-oiled tools, will have little difficulty now sheltering in place, homeschooling their children, and caring for elderly relatives. For sure, the pandemic will be an emotional roller coaster for the next few years, and then we will all be trying to return to some semblance of normalcy. And, while we can never fully go back, with enough people trying, something approaching normalcy will return. Until we summit the coaster track and it plummets again. 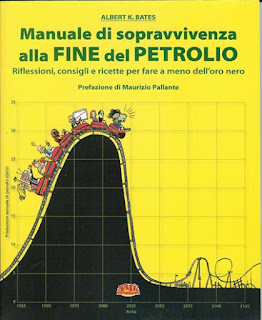 It will be a roller-coaster if for no other reason than that it is now evident that full-on lockdowns, envisioned by government emergency committees as lasting a few weeks, or maybe a month, cannot realistically be extended for a year and beyond. That strategy is neither socially nor economically viable, even if it may be pandemic-control-appropriate from a medical standpoint. What may happen instead is that regional lockdowns will open and close as Covid cases rise and fall.

One bright spot: the discovery that smart thermometers build big datasets that allow rapid medical intervention, hotspot to hotspot, days or weeks before hospital admissions spike enough to advise CDC, WHO, or others attempting to monitor the outbreak. That technology is a real blessing. Smart thermometers should be distributed free-of-charge to every family and used daily. They can be uploading their data to number-crunching epidemiology centers that can dispatch health workers to the right places at just the right moments. Lockdowns, if needed, can follow in those discrete areas.

There is an assumption that immunity is conferred upon those who survive this disease. This has not been proven and nor has the notion that the disease cannot be spread by those who had the disease and then got well again. Because of this uncertainty, we don’t know whether Covid-19 is a passing virus or one that will be with us until such time as an effective vaccine can be developed and tested, and hopefully, also, safe and effective treatments emerge. That will be at least a year from now and possibly much longer.

Anthropogenic aerosols in the atmosphere — the products of our industry that we exhaust to the air— bounce sunlight back to space. It is generally thought by science that this effect contributes a net cooling of between two-tenths and one-and-a-half degrees centigrade to the world’s average surface temperature.

In this video, Paul Beckwith provides some calculations for the temperature impact of the coronavirus closures as aerosol pollution is reduced.

Beckwith explains that the most widely cited estimates for the global dimming effect are between 0.25 and 0.5°C. Because coronavirus closures do not completely remove dimming (air traffic is reduced but coal plants still run), the reduction might be something like 0.03°C. According to ScientistsWarning.org:

There is also some question as to how long regional impacts might take to show up in the average global temperature (AGT) data. In any case, it is not likely that the temperature increase would be as much as 1.0°C. This is the number often given by those who exaggerate this effect. Paul Beckwith has called this a “completely absurd number.”

ScientistsWarning.org further cautions against putting too much faith in the 9/11 effect:

A US study by Dr Gang Hong of Texas A&M University has found that daily temperature range (DTR) variations of 1.0°C during September aren’t all that unusual and that the change in 2001 was probably attributable to low cloud cover.

Whether the virus affects the temperature or not, we are due for more extreme weather, and we could well see new high temperatures this summer and more global weirding next winter. 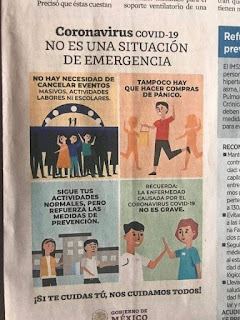 After sending my latest book, The Dark Side of the Ocean, off to my publisher, I had gone to Belize at the beginning of March to run a 2-week permaculture design course and continue work on the Cool Lab prototype planned for a small Mayan village there. When borders started closing, particularly singling out USAnians in the case of Guatemala and Mexico, I became concerned and cut my intended stay short.

Masked and gloved, I crossed the border into Mexico and retreated to my winter office off the north coast of the Yucatan. From this location I had authored The Post Petroleum Survival Guide in 2005 and thus it has always been well stocked with my prepper supplies, medicines, books and DVDs, and is a relatively secure place to self-quarantine for the next little while. Who knows? I may even write another book now.

In Albert Camus’ The Plague, written in 1947, Camus describes life under quarantine in a small village. With a well-founded fabric of trust, life was manageable, even joyful. What we should not lose under any circumstances, he said, is the decency that binds us. Many unscrupulous officials will try to use this moment to stir passions against foreigners — Chinese and Europeans this month, USAnians next month, if you find yourself abroad like me. Camus said that after observing the misery, generosity, fear and nobility that people experience during quarantine, that “in the midst of so many afflictions” what one learns is that “in man there are more things worthy of admiration than of contempt.” 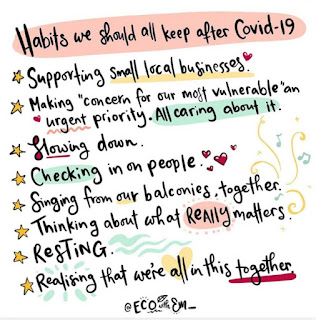 On January first, just as the virus was enveloping Wuhan, I reached the end of my 73rd year and embarked upon year 74. They say it is not the years that get you but the miles, and in my case I have no shortage of scars and pains gathered from an active life, among them 3 of the 5 conditions that signal an elevated risk of mortality should a Covid cell lodge in one of my lungs.

Because of that, my intention now is to #StayHome and self-quarantine as best I can. If the internet gods smile upon this small thatched palapa, I should be able to keep posting from here, otherwise the blog may go silent for a spell. In either event, I wish everyone good luck, safe shelter, and all the benefits of this pause for reflection and renewal.

You encourage me to do more and then tell you about it. Help me get my blog posted every week. All Patreon donations and Blogger subscriptions are needed and welcomed. Those are how we make this happen. PowerUp! donors on Patreon get an autographed book off each first press run. Please help if you can.
Posted by Albert Bates at 5:00 AM