"As the world watches, our circus moves to the floor of the Senate next week, pitting a real-estate-grifter-turned-reality-TV-host against the US Constitution." 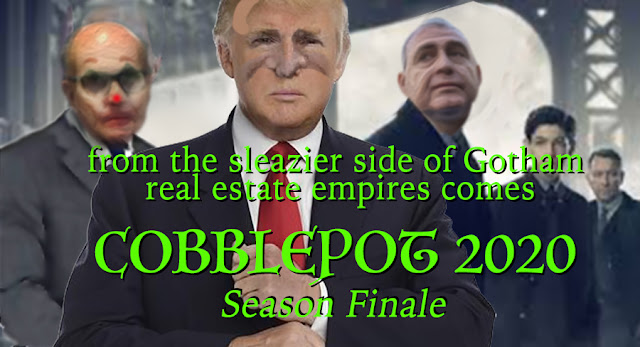 Regular followers of this blog may know that our POTUS, Donald J. Cobblepot, has been formally impeached and at this writing is scheduled to stand trial. There is little concern within the gilded lair of the White House because a majority of jurors are party minions whose votes have been procured, by hook or crook, well in advance.

There are some “smoking gun” witnesses being proposed that one faction or another feels may sway the verdict in the impressionable mind of the public, but those guns are pointed back at their advocates for reasons I will elucidate.

The John Bolton gun is assumed by Democrats to point at Cobblepot on the thin justification that the former National Security Advisor assignated former Mayor Rudy “The Joker” Giuliani’s forays in Ukraine “a drug deal.” As I pointed out in social media earlier this month, Bolton’s testimony may have also been purchased and is now pre-packaged awaiting release. The sequence of events that leads me to that conclusion:
The second smoking gun is Joe Biden’s son Hunter, who agreed to sit on the board of a Ukrainian gas company, Burisma Holdings Ltd, for an obscene amount of money. Republicans are less concerned about the sleaze factor, which rightly concerns Democrats (but apparently not the former Vice President), but more than convinced that Biden Jr had a role in corrupt practices that POTUS, in a now-infamous phone call with the the President of Ukraine, had wanted investigated, i.e.: the bribery and extortion scandal at the center of impeachment.

Unfortunately for its advocates, this second gun is also firing blanks. Hunter Biden provided advice on legal issues, corporate finance and strategy during a five-year term on the Burisma board, from May 2014 to April 2019. His tenure didn’t protect the company from the series of criminal investigations launched by Ukrainian authorities against its owner, Mykola Zlochevsky, a multimillionaire former minister of ecology and natural resources. The allegations concern tax violations, money-laundering and licenses given to Burisma during the period when Zlochevsky was a government minister.

The judicial process corruption angle involved chief prosecutor Viktor Shokin who was allegedly bribed to look away, but the Obama Administration, vocally led by Biden Sr., along with the European Union, pressured Ukraine to fire Shokin and root out the corruption, which is what happened in 2015-2016, resulting in Burisma’s being more thoroughly investigated.

The Joker’s narrative, without any supporting evidence, is that Barack Obama and Hillary Clinton, through Joe Biden, pushed for the firing of Ukraine’s top prosecutor to end the investigation into Burisma and Zlochevsky in order to, among other goals, protect Hunter Biden. That narrative is full of more holes than The Joker’s head, as will be discovered if Biden is subpoena’d to testify in the Senate trial. Yuriy Lutsenko, who succeeded Shokin as Ukraine’s prosecutor general in 2016, took over a tax investigation into Burisma before closing the case ten months later with a settlement over old bills. Lutsenko said that any legal issues with Burisma were not related to Biden.

In addition to the closed tax investigation, Ukraine authorities launched an investigation into licenses awarded to Burisma and a separate money-laundering probe into founder Zlochevsky. Both of these have been re-opened in recent months, but neither relate to the period after Biden joined the board.
Curiously, it was revealed on January 13, 2020 that “Russian hackers” (of which there are various and sundry, rarely affiliated with the Russian state) had been surveilling Burisma’s internal communications since November, 2019. The New York Times reported that:

“…experts say the timing and scale of the attacks suggest that the Russians could be searching for potentially embarrassing material on the Bidens — the same kind of information that Mr. Trump wanted from Ukraine when he pressed for an investigation of the Bidens and Burisma, setting off a chain of events that led to his impeachment.”

Since the source of all this information was Oren Falkowitz, who previously served at the National Security Agency and now works for “a network of sensors and servers” known as Area 1, you have to check your wallet before accepting these “experts” at face value.

There is, however, a third gun that has been produced and has real smoke. On Tuesday night, the House Permanent Select Committee on Intelligence released a long-awaited tranche of documents coming from from a data dump by lawyers for one of Joker Giuliani’s indicted Ukrainian henchmen, recruited by Cobblepot himself, Lev Parnas.

As is often the case, the stereo sides of mainstream media trailed far behind this story, portraying House Speaker Nancy Pelosi’s delay in delivering the articles of impeachment to some misbegotten attempt to negotiate with entrenched Senate Majority Leader Mitch “Muggs” McConnell, when in fact, the delay was occasioned by Attorney General William “Glimpy” Barr attempting to keep the Parnas file (which named him as an accessory) beyond the reach of a House subpoena. After a month of delays, Barr’s efforts failed in court, the file went to Pelosi, and was stapled to the back of the indictment of Cobblepot delivered to McConnell the following day. 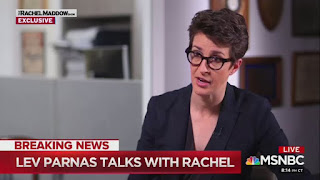 Parnas’ cellphone data, seized by the FBI when he was arrested and transmitted by the court to the House Intelligence Committee this week under the successful subpoena, shows that a Trump donor named Robert F. Hyde gave Parnas updates on the location and cellphone use of US Ambassador Marie Yovanovitch to allow The Joker’s thugs to stalk her and compile a dossier for Cobblepot. Hyde is now running for a U.S. House seat in Connecticut. POTUS used the dossier to fire Yovanovitch and then smear her in a series of tweets. Parnas was interviewed by MSNBC— available from Wednesday and Thursday as a free podcast.

As an aside to the Hunter Biden sleaze story, Parnas told MSNBC, “They [The Joker’s Ukrainian gang]were getting a million dollars plus $100,000 a month expenses and mine was $200,000.”
Parnas’ data dump also implicates Cobblepot insiders Mike “the Knife” Pence and Glimpy Barr, first and seventh, respectively, in the constitutional line of succession should Cobblepot be removed from office by the Senate, along with Rick “Tex” Perry (formerly 14th in succession).

Parnas and his business partner, Igor Fruman, are U.S. citizens born in the former Soviet Union. They were indicted last year on charges of conspiracy, making false statements and falsification of records after making millions of dollars in campaign donations to Cobblepot’s gang from bank accounts in Russia.

Additionally, the messages between Parnas and Giuliani suggest that Giuliani believed he had Cobblepot’s support in reversing a decision to deny a U.S. visa for Viktor Shokin, the former top Ukrainian prosecutor whom then-vice president Biden and others had demanded be removed from office. I can revive it,” Giuliani purportedly said. “It’s going to work — I have no. 1 in it,” an apparent reference to Cobblepot.

The most serious revelation concerns Cobblepot’s vendetta against US Ambassador to Ukraine Marie Yovanovitch. As the Associated Press reported:

After texting about the ambassador, Hyde gave Parnas detailed updates that suggested he was watching her. In one text, Hyde wrote: “She’s talked to three people. Her phone is off. Her computer is off.” He said she was under heavy security and “we have a person inside.”

Hyde at one point texted Parnas that ‘’they are willing to help if we/you would like a price,” and “guess you can do anything in Ukraine with money … is what I was told.”

Reached for comment on the text messages by The Daily Beast on Tuesday night, Hyde texted, “Bull Schiff is a giant b*tch.”

Stalking a US Ambassador is a federal crime even if it occurs on foreign soil, which probably only matters if you don’t already have the Attorney General in your pocket.

Readers who have been with this blog for some years may recall my posts about the stages of empire collapse. One early stage common to both the Roman and the Mayan Empires has been termed the “Theater State.” In this phase immediately preceding contraction and disintegration, the ruling classes are bored and jaded with their wealth, so much so that they engage in brutal spectacles like throwing Christians to lions, pitting top-ranked gladiators against one another, disemboweling slaves on top of pyramids, or having sporting Super Bowls requiring the losing team be sacrificed. As the world watches, our circus moves to the floor of the Senate next week, pitting a real-estate-grifter-turned-reality-TV-host against the US Constitution.

Best of all, even if Cobblepot is removed in this season’s finale, viewers can vote to renew the show for another four years, come November. 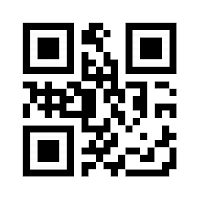