"We can just equip these new monkeys with some silicon AI and have done with the slow and random variety of evolution."

‘Sometimes weird things hit a tipping point. For a combination of reasons, including a viral video showing a turtle with a straw stuck in its nose, companies waged war on straws this year. Marriott, McDonald’s, Starbucks, Burger King, and the city of Seattle, among others, all banned or are phasing out straws. It was a very small part of a larger conversation about “single-use plastics,” most notably plastic bags, which IKEA and Taiwan are banning as well.’
— Harvard Business Review

In 2018, researchers studying the life cycle of mosquitoes uncovered a weird factoid. Microplastics can be transferred ontogenically (between life stages with distinct morphologies and requiring distinct environments) from a feeding (larval, aquatic) life stage into a non-feeding (pupal, edge-dwelling) life stage and subsequently into the flying (adult, airborne) life stage. The researchers were concerned that “any organism that feeds on terrestrial life phases of freshwater insects could be impacted by [microplastic] found in aquatic ecosystems.” 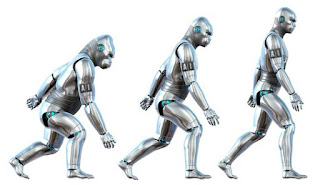 The mosquitoes also transmit those microplastics to hosts when they feed, meaning that if you have been exposed to mosquitoes, they may have left microplastics in your blood and organs.

Of course, that is not the only source of microplastics in your body. It is nearly impossible to take a prescription, or even use an over-the-counter vitamin, without encountering time-release coatings on capsules, plastic lids on plastic pill bottles, and even a (synthetic) cellophane wrap for tamper-proofing. Scientists tested 21 table salts and found plastic in all of them, most commonly polyethylene terephthalate (PET), the material used to make plastic bottles. 100 percent of wild mussels sampled in supermarkets were found to contain microplastics. It is the same story for most seafood.

National Institutes of Health scientist Antonia Calafat has done everything she can to raise the alarm. Her studies now show that microplastics in the blood of pregnant women cross the placental barrier and directly result in embryonic developmental disorders, gestational diabetes, decreased birth weight, allergic asthma and other respiratory problems in newborns. Worse, microplastics can be transmitted through mother’s milk, meaning that infants who may already be adversely impacted receive an even higher dose at a most critical period in their development.

A century of plastic design improvements now let us keep our foods fresher for longer periods, provide us timed-release pharmaceuticals and non-degrading biomedical implants, and can prevent electronics and other household items from starting or spreading fires. But for each of these benefits, there are counter-weighing human health risks related to exposure. We now know that some of the same chemicals used in plastics to provide beneficial qualities also act as endocrine-disrupting compounds (EDCs) that lead to problems in human and other populations.

The diesters of 1,2-benzenedicarboxylic acid (phthalic acid), commonly known as phthalates, are a group of man-made chemicals widely used in industrial applications. High-molecular-weight phthalates are used as plasticizers in flexible vinyl which, in turn, is used in consumer products like credit cards, window frames, flooring and wall coverings, food containers and medical implants. Low-molecular-weight phthalates are in personal-care products (perfumes, lotions, and cosmetics) and in solvents, lacquers, varnishes and coatings. They are also used to provide timed releases in some oral and subdermal pharmaceuticals.

As a result of all these consumer products, human exposure is widespread. Skin contact is enough. For those identifying as men, it might come from cologne or after-shave. For those identifying as women, it might be from skin lotion or lipstick. For infants and children, mouthing fingers after handling plastic toys or food packaging can lead to higher phthalate exposures. So does breast milk, infant formula, and cow’s milk, according to studies. Opting for coconut, almond, or rice milk won’t save your child if that cardboard carton has a plastic liner or cap. 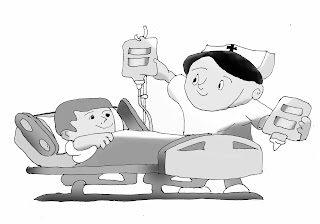 BPA is in the epoxy resins used to line food cans, older plastic baby bottles, some dental sealants and fillings, adhesives, protective coatings, flame retardants, water storage tanks and supply pipes. It starts out as part of a polymer, but with normal heat over time, it degrades into its small-chain monomeric form. In that form, BPA can leach from its source into adjacent materials such as water (in the case of bottles, pipes or tanks) or food products (such as from the lining of a can). There is widespread BPA lingering in body fluids, bones and organs of people. It can be found in over 90% of the US population, where 96% of pregnant women test positive for BPA in their urine. It is now in US women’s follicular fluid, amniotic fluid, umbilical cord blood, and breast milk.

BPA’s hormone-changing properties were known as early as 1936, and evidence for other biological activity such as effects on thyroid function soon followed. In one epidemiological study, serum BPA levels were reported to be associated with recurrent miscarriage. Investigators also reported higher rates of polycystic ovary syndrome. Multiple studies have associated BPA exposure with weight gain and linked it to insulin resistance, heart disease, diabetes, neurological disorders, thyroid dysfunction, cancer, genital malformations and more. However, most studies to date have only addressed single chemicals or classes of chemicals, and there are limited data on the interactions between chemicals within a class or across classes. Chemicals may interact additively, multiplicatively or antagonistically in what is commonly referred to as the “cocktail effect.”

The health effects of ingested plastics are not just limited to phthalates and BPA. We know of ill effects from esters of aromatic mono-, di-, and tricarboxylic acids, aromatic diacids, and di-, tri-, or polyalcohols, and many other additives and composite materials. The exploration of these medical effects is still in its infancy, and few governments have shown any willingness to disturb the marketplace until it is more clear which does what to whom. 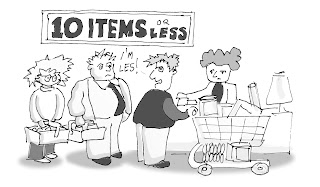 You can tell the checkout clerk at the grocery store you won’t need a plastic bag because you brought your own reusable cloth bag, but you may find it difficult to avoid having skin contact with the plastic handle on the shopping cart or basket, the laminate on the checkout counter, the credit card in your wallet, or the shock-resistant cover on your mobile phone. You will likely be unable to do anything to prevent yourself from inhaling the hairspray the clerk used that morning, absorbing some of the tap water you use to rinse and prepare your fresh vegetables, or eating the microplastic particles contained in the food that got there from the air, soil, water or chemicals the plants were in contact with as they grew.

Of course, there is a solution to all this, one that science fiction writers have mused about for most of a century now. We could just sit back and let it happen.

We are plasticizing, metamorphosing into something more enduring than flesh and bone. Wasn't that the whole point about plastics to begin with — durability? With climate change destroying our food supply, water contaminated with radionuclides, lead and estrogen, and temperatures soon to pass tolerable thresholds for higher mammalian life, we can just equip these new monkeys with some silicon AI and have done with the slow and random variety of evolution. We can take charge of all that, right?

This essay is adapted from my new book due out this year, Transforming Plastic: From Pollution to Evolution (Book Publishing Company, 2019). You encourage me to do more and then tell you about it. Help me get my blog posted every week. All Patreon donations and Blogger subscriptions are needed and welcomed. Those are how we make this happen. PowerUp! donors on Patreon get an autographed book off each first press run. Please help if you can.
Posted by Albert Bates at 5:30 AM

I'm assuming that "We can take charge of all that, right?" was intended ironically/sarcastically/humorously, right?

Stewart Brand famously said "we are as gods, so we might as well get good at it." Problem is, we don't seem to have gotten very good at it, and we're running out of time in which to improve. For the ROmans, it was lead. For us, it's plastic. Oops.