The Arithmetic of Plastic

"Isn’t it time we asked why we design a material to last forever and then put that into objects intended to be discarded after a single use?" 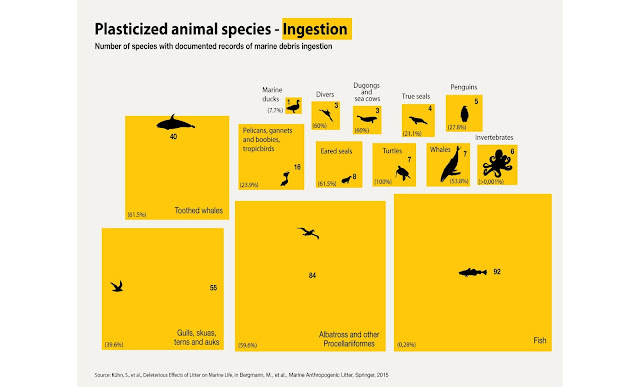 The late University of Colorado mathematics professor Albert Bartlett is said to have given his classic lecture on the exponential function more than 1000 times. I show the YouTube video of that lecture at the start of my permaculture courses and I suspect many other instructors do the same, so the eyeball count continues to grow each year since Bartlett passed. In that one hour lecture, the professor says:

Legend has it that the game of chess was invented by a mathematician who worked for a king. The king was very pleased. He said, “I want to reward you.” The mathematician said “My needs are modest. Please take my new chess board and on the first square, place one grain of wheat. On the next square, double the one to make two. On the next square, double the two to make four. Just keep doubling till you’ve doubled for every square, that will be an adequate payment.” We can guess the king thought, “This foolish man. I was ready to give him a real reward; all he asked for was just a few grains of wheat.”

You know, would that be a nice pile here in the room? Would it fill the building? Would it cover the county to a depth of two meters? How much wheat are we talking about?

The answer is, it’s roughly 400 times the 1990 worldwide harvest of wheat. That could be more wheat than humans have harvested in the entire history of the earth. You say, “How did you get such a big number?” and the answer is, it was simple. We just started with one grain, but we let the number grow steadily till it had doubled a mere 63 times. 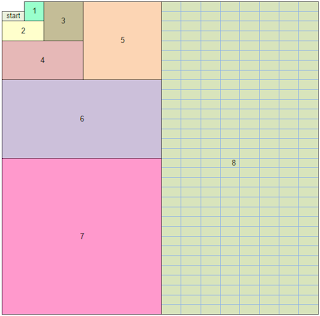 The greatest failing for the human race, Bartlett was fond of telling his students, is its failure to understand the exponential function.

At another point in the lecture, Bartlett gives the example of bacteria filling a bottle. The doubling rate is every minute, so Bartlett poses this challenge to his students: 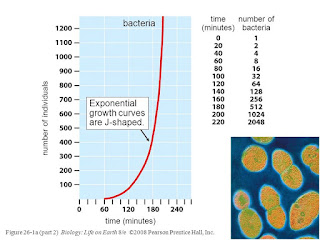 If you were an average bacterium in that bottle, at what time would you first realize you were running of space? Well, let’s just look at the last minutes in the bottle. At 12:00 noon, it’s full; one minute before, it’s half full; 2 minutes before, it’s a quarter full; then an 1/8th; then a 1/16th. Let me ask you, at 5 minutes before 12:00, when the bottle is only 3% full and is 97% open space just yearning for development, how many of you would realize there’s a problem?

Which brings us to plastics, which are now in their fourth doubling since 1968. By any fourth doubling the curve’s trajectory is still at the bottom of the J and only beginning to bend upward. By 2030 the slope up will be much more obvious, just as it is for climate change, or feral rabbits. 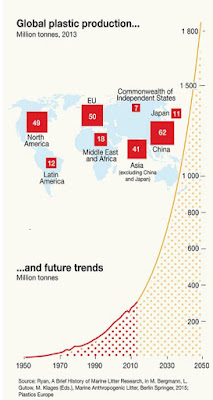 If each human baby born now has detectable microplastics in its blood, in 20 years its child will have twice that much, then double that, then twice that again as we go through this century.

Isn’t it time we asked why we design a material to last forever and then put that into objects intended to be discarded after a single use?

I almost ended this post right there. Many activists would have; posed the question and provided no answer. That may be the right way. It might even be the best way. But it is not the cowboy way. So we are traveling on.

An honest assessment of why we, the clever bipeds, make such gargantuan faux pas in cultural design is because we seldom reason together. Mostly we reason separately, or in small groups. We run in packs. So, when we consign decisions of this type to the pack having the skills or inclination, more often than not they are in that specific business for their own profit — in this case chemical companies — and so will decide the course that most favors them. You can’t say sustainability doesn’t factor, but it is economic sustainability over the course of one or more business cycles that gets consideration. Environmental and social costs only matter if they threaten profits.

The chemists working in corporate-financed labs are only doing what they are told — design something:
These design parameters apply equally to bio-based plastics, now growing at 40% per year (doubling time of 14 months for Bartlett fans), thanks to green consumer demand. Of course, bio-plastics are still plastics; still cheap, durable and lightweight, and just as much of an environmental problem. They just don’t consume as much fossil fuel to produce. Priced at a premium over their fossil cousins, they assuage guilt while building bottom line. They are like papal indulgences.

Confronted by the NextGen market challenge to go ever greener, producers have come up with replacements for heavy metal-based additives and coatings, halogenated flame-retardants, carcinogenic styrenic petrochemicals, endocrine-disrupting phthalate plasticizing additives, and ozone-layer-depleting foaming agents. They have not found a substitute for the chlorine in PVC, even with corn- or cane-derived bio-PVC. There is just something about vinyl that’s … better.

Recycling is largely an illusion when it comes to plastic. Plastics are recovered at lower rates from US municipal solid waste than all other major material types, and for good reason. Even when uncontaminated, separating by type and form is as hard for recycling facilities as it is for consumers. Moreover, there are technical limits on the amount of recycled resin that can be used in a given product, most resins can only be reused once, the cost of recycled plastic may be higher than virgin plastic, and the range of products containing recycled content is limited.


Where we wind up is with a challenge both to NextGen corporatists and NextGen chemists. Stop digging us into a deeper hole. To place the burden entirely on consumers, as most activists do, is unfair. In the next few years we need new products designed to degrade under natural conditions. At a minimum, all plastics should break down into harmless components in saltwater. Products that need to function in marine environments must be replaced with whatever was used before plastics.

That is a problem for our Anthropocene culture, whether you believe in market forces or social democracy as your favored regulatory authority. We need that change, and we need it quickly.

You encourage me to do more and then tell you about it. Help me get my blog posted every week. All Patreon donations and Blogger subscriptions are needed and welcomed. Those are how we make this happen. Please help if you can.
Posted by Albert Bates at 6:26 AM

Thanks, Albert! Let me propose a framework for thinking about solutions.

If the exponential growth of virgin plastic resin production is to be curbed, some political action backed with positive and negative incentives will be required. I hope those are put in effect, but my topic here is more mathematical, in keeping with your article.

The microplastics proliferating in the ocean are clearly growing exponentially as a function of their surface area. Suppose we reverse this situation and incentivize forms of recycling that reduce surface area? So rather than making lots of lightweight products that are cheap and easily disposable, we invent products that are more durable, thicker and heavier, such as building components. Then recycling or reusing them then is more worthwhile, and even if they are improperly disposed of they will take much longer to fragment into microplastic particles.

This kind of recycling could work for the more problematic wastes such as PVC which has been widely used because of its great strength and durability. Source separation could be more attractive if there were a demand for large volumes to produce large amounts of product. Remember that the environmental threat posed by these products is exponentially reduced as their surface area is reduced in proportion to their mass.

Optimistically presuming that there is a prohibition or heavy tax on producing new resins, we then can envision an adequate incentive for large-scale recovery of the enormous pools of waste plastic that most threaten us, such as the ocean gyres, and the funding needed for proper separation and handling technology.

I wish that discourse about plastics could move in this direction that offers so much more promise than the typical messages about shopping bags and plastic straws. Big and severe problems call for radical large-scale visions.