"Plastics and climate change have a lot in common with a broken Maytag." 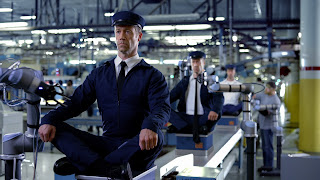 The sudden emergence of plastic in the 20th Century caught evolutionary biology by surprise. The same might be said of the atomic bomb, but there the threat was more visceral.Human brains aren’t wired to respond easily to large, slow-moving threats.

According to a 2014 article in The Guardian:


“Our brain is essentially a get-out-of-the-way machine,” Daniel Gilbert, a professor of psychology at Harvard best known for his research into happiness, told audiences at Harvard Thinks Big 2010. “That’s why we can duck a baseball in milliseconds.”

While we have come to dominate the planet because of such traits, he said, threats that develop over decades rather than seconds circumvent the brain’s alarm system. “Many environmentalists say climate change is happening too fast. No, it’s happening too slowly. It’s not happening nearly quickly enough to get our attention.”

Humans are saddled with other shortcomings, too. “Loss aversion” means we’re more afraid of losing what we want in the short-term than surmounting obstacles in the distance. Our built-in “optimism bias” irrationally projects sunny days ahead in spite of evidence to the contrary. To compound all that, we tend to seek out information not for the sake of gaining knowledge for its own sake, but to support our already-established viewpoints.

I discussed two types of cognitive bias — confirmation and normalcy — in my November 24, 2011 post:


In the case of the former, we sentient bipeds with tripartite brains actively seek out and assign more weight to evidence that confirms our views of the world — views we mostly formed as children as we “aped” our parents and teachers or our inspiring leaders and celebrities. Our fondness towards normalcy lets us box out things that make us feel uncomfortable and allows us to focus on ways to blend into the crowd. If the crowd thinks peak oil, climate change, JFK’s assassination or the inside job at the World Trade Center are just weird conspiracy theories by crazies at the fringe of our society, we ape the crowd. That’s just Sapiens’ Social Software.

Considering that human minds are capable of great feats of irrationality, is there really much hope we will respond quickly enough to the emerging, but slow moving, threats of plastics, environmental radioactivity, petrocollapse or climate change?


“Paranoia? Of course not. It’s alternative scholarship. What’s wrong with teaching alternative theories in our schools? What are liberals so afraid of? … Why this dictatorial approach to learning anyway? What gives teachers the right to say what things are? Who’s to say that flat-earthers are wrong? Or that the Church was wrong to silence Galileo, with his absurd theory (actually written by his proctologist) that the earth moves around the sun. Citing ‘evidence’ is so snobbish and élitist. I think we all know what lawyers can do with evidence.”

We are accustomed to most threats to our well-being being reversible or avoidable. We are accustomed to them emerging with ample warning, so we have time to consider and need only act once a problem becomes big enough or close enough to be really, really, scary.

Our linear cognition evolved before we came down from the trees, when you could plot a course three branches ahead, like Tarzan, but if you projected your mental map  to a fourth branch there was a good chance you might miss the nearest one while you were so deep in thought.

Bobby Fisher could see more chess moves ahead than Boris Spassky. We need more of his genes amongst us. But Spassky had three children and some number of grandchildren and Fisher died childless..

Nonlinearity and quantum phenomena puzzle us. How is it that prey can sense they are being observed even when there is no sight, sound or smell to reveal their predator? Our pattern recognition only extends to “as before so thereafter,” or even “after this, therefore because of this” (ie: “stocks were down today on growing discomfort from trade sanctions”). We can’t ken that when something jingles over here, something unrelated jangles over there. Surely a just God would assign cause! Have we angered Him?

So it is that when ice in the Arctic describes a superlinear melt curve, or record-breaking wildfires level whole neighborhoods in California, we are so dumbfounded we are more than willing to accept that “Its just the weather, stupid.”

We prefer to take complex phenomena and break them into categories so we can assign pidgeonholes. Fuzzy continua get broken into inches and pounds.

In the appendix to their seminal paper in PNAS August 6, 17 scientists aligning the Trajectories of the Earth System in the Anthropocene included a table of progress humanity has been making since adopting the Paris Agreement on climate change. There are pluses and minuses, but the shortfalls are pretty glaring.
Like our bridges and dams, Earth systems are showing serious repair deficits. It is as though you have a 1960s Maytag washer that worked just fine until a couple years ago but since then has developed an erratic wobble that is getting progressively worse. Now every time you do your laundry it rattles the windows upstairs and shakes the dishes in your kitchen cabinets. You’d like to repair or replace it, but you don’t have the spare cash to do that, so you just keep loading it up and hoping it doesn’t shake apart. One of these days, it will.

Plastics and climate change have a lot in common with a broken Maytag. None of the three would be insoluble problems if humans were Vulcans. You know, logical.

We are not. Rather, we still go on reptilian impulse — ignore distant threats but display hair-trigger awareness of immediate ones. Not making the rent this month is an immediate threat. Locking Earth into a million-year Hothouse is so distant as to be of little concern. 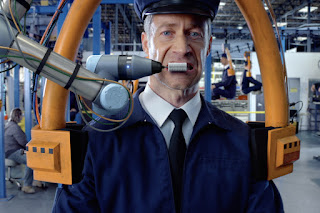 To do away with plastics now would force us to go back to expensive toilets and cloth diapers wouldn’t it? What would we use to charge our iPhones? Cotton-wrapped wire?

Actually, it really is much simpler to get rid of plastics than to have to deal with climate change. We can make biodegradable plastics or substitutes and they don’t cost any more the other kind. We don’t, because to demand replacement requires we see the long-term impact of that plastic persistence — its manufactured invulnerability — while to keep buying plastic requires little thought at all. Rationalization, by virtue of its ubiquity, is socially acceptable.

This part of our psyche is probably our biggest Achilles Heel as a species. We have others, like our need to achieve, acquire, produce and consume in order to gain self-respect and the respect of our tribe, or hubris, or our opposable thumbs. But our threat-discounting ability is the real killer.

Until we grew to be 7 billion, going on 8, the world was big enough that there was somewhere we could think of as away. Most of the world was ocean. Cities could barge their trash out to sea and just dump it. Now even the oceans are too small. They are finite, while homo colossus’ capacity to consume and pollute is exponential. Sooner or later, and later is now, those two rates have to meet.
What can you do? Do without. Reject plastic in your life.

It can start by simply refusing to be served a single use plastic straw. It can move to buying only wooden toys and home furnishings. Bag groceries in paper, if not reusable cloth. Encourage anyone who is inventing biodegradables by buying their products. If there is to be a future, this is where it begins.

And while we do that with plastics, we have to also do it with fossil fuels.

We should also encourage chess champions to marry.

This is another installment in what I expect to be a long, albeit perhaps intermittent, string of essays on plastic, with the goal of eventually producing a book. Donors at the Power Up! tier on my Patreon page receive an autographed copy off the first press run. All donations and Blogger subscriptions are needed and welcomed. Those are how I make this happen. Please help if you can.

"Bobby Fisher could see more chess moves ahead than Boris Spassky". Bit of cognitive bias there. Fisher didn't have offspring because he could not foresee that Spassky would Wet Check him.