A Mountain of Gold

"The Chinese ecovillage movement is mostly retrofuturist, showing deference, if not nostalgia, for lost culture." 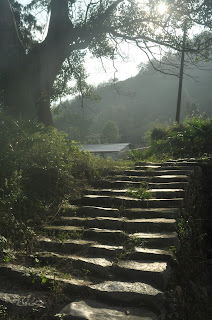 It is Wednesday September 28 and we are sitting on the plane in Nashville waiting to take off for Hangzhou via Detroit and Beijing. This China trip is merely a warm-up for our Fall itinerary that has us traversing four continents in four weeks, including six ocean crossings. It is almost like a presidential campaign whistlestop tour, except they never utter a word about the thermometer in the room and everywhere we land we are making our pitch for reversing climate change by the redesign of the built environment. It is understandable that politicians won’t touch this subject. We are shredding the mystique of the land use patterns, collectively called civilization, that have served humans so poorly for the past eight millennia.

We spent August in Tennessee developing the lesson plans for the introductory workshops that will train a couple dozen soil activists in the People’s Republic and we are feeling pretty good about this stage of the trip now.

Then, in the run-up to blast off, we were tagged teamed by John Dennis Liu and Daniel Wahl, who wrangled us into cancelling scheduled events for late October and going straight from China to London for a meeting to assist British Commonwealth countries to prepare a new plan for COP-22 in Marrakech, one that will raise international ambition and stake out “plausibly impossible” but attainable goals to push the envelope of the Paris Agreement and the UN multilateral process. On October 28-29, a design charette, dubbed Regenerative Development to Reverse Climate Change, will give us the opportunity to make our elevator pitch to a very receptive audience of big wigs. 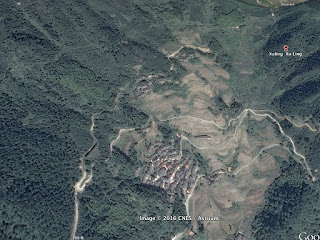 Now it is September 29 and we have left Hangzhou airport and driven 3 hours up winding roads into the mountains at night, eventually arriving at the Xu Ling village where our workshops will be held. Quail are singing to each other in the terraces, frogs croak from the creeks, and from the forested mountains there is the sound of a distant owl. Three hundred years before Lao Tsu, this small village was home to a sage named Wu Xixu, later to become the first Premier of the country. The mountain pass above the village is a relatively low one, so for thousands of years the main stone road between Shanghai on the coast and inland Nanjing, capital city for many empires, ran through here. When the pass was blocked in winter, porters would use a cave passage that crossed from Zhejiang to the adjacent province under the mountains.

As we rose the morning of October 1st we jotted a quick Suessian limerick:

XuLing village is at 29 North so having 29C days in October is not unusual, kind of like Mississippi or Alabama. They get snow in winter but they also have thatch palm and heliconia trees. The valley is a South-facing parabolic with mountains backing it to the North. The upper slopes of the valley are very steep but varied with different woods and bamboos. There is plenty of water; it flows through stone channels everywhere. Some of the trees we see are more than 1000 years old.

The stonework is of varying age; the oldest being most mostly massive freestack and then smaller, cut freestack, then fine mortared walls, then mud brick and cinderblock. Mud brick is illegal now — an overworked resource that has left ugly scars in many places. Cement brick and block is mandatory. Not even fired brick is permitted unless it is imported.

As we meet some of the villagers and students who have arrived for our workshops we observe that Chinese clothing is very westernized. Shoes are almost always state-of-the-art Nikes, Converses, Adidas and T-shirt slogans are usually in English even if the wearer doesn’t speak a word and may have no idea what it means. But surprisingly, many have done at least a year at a US university. Sometimes the ensemble of hair, glasses, clothes and iPhone 7 is so western you think the kid is USAnian except that when you ask them something they can’t comprehend a word. In contrast, there are kids who’ve learned almost perfect English just by watching internet movies and TV and prefer to affect old-style Chinese dress and hair styles, even the round glasses from a century earlier.

This contrast between the old and the new will be a recurrent theme of our month here. While many Chinese youth are enamored of consumer culture and willing to make great sacrifices to attain it, the Chinese ecovillage movement is mostly retrofuturist, showing deference, if not nostalgia, for lost culture. They seek as much a return to villageness as a breath of cleaner air and sip of cleaner water.

They are bucking a big trend, but lately they have been finding support in unusual quarters. Eleven years ago, the current President of China, then Governor and Party Committee Secretary of Zhejiang, went on a State visit to the rural villages to assess the needs of the people. What he discovered was a brewing catastrophe. 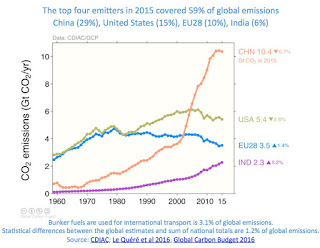 Globalization has been drawing people from the country to the cities for many decades, and until recently government policies encouraged it in order to fill the need for a gargantuan factory labor force. It recognized that this policy meant sacrificing agricultural capacity, but like most developing countries, was willing to make that trade-off because it figured that it could import food with its newly favorable trade balance, and a whole lot more.

What Xi Jinping saw nearly broke his heart. Long a champion of “Chinese values” and the “Chinese Dream,” Xi had hoped to revive Taoist practices of harmony in culture and nature. "He who rules by virtue is like the North Star," he said at a meeting of officials last year, quoting Confucius. "It maintains its place, and the multitude of stars pay homage.”

What he saw in the rural countryside was that all the teenagers, young people and middle-aged had left. There were only the very elderly — the grandparents — and the very young — the grandchildren — being supported by a combination of welfare services and remittances from distant families working in the cities. The terraces, on land too steep to use machinery, were in disrepair, overgrown with weeds and emergent forest. Buildings were crumbling and stray dogs roamed the streets. Food production had plummeted. The old hand tools were rusted and broken. The forests on the hillsides had been raided by timber companies and now mudslides wrecked the streams and threatened the villages. 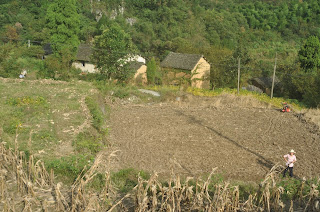 The villagers said to Xi, “Look what we have lost!” They wanted back the forests and wildlife that made this a good place to live. Thus was born the two mountain theory.

Back in Shanghai, Xi gave a speech calling for two mountains. The first was development, including basic services to make peoples’ lives better. The second he called his “mountain of gold” — return of nature. Pure forests and pure water was what he called the real gold of China.

This was 11 years ago. In 2013 he became General Secretary of the Communist Party of China, President of the People's Republic of China, and the Chairman of the Central Military Commission, the most powerful consolidation of power since before the Tiananmen Square protests of 1989.

We are told that one reason the Sunshine Ecovillage Network has been successful in winning official support for its plan for rural revitalization in China, with a goal of 100 ecovillages by 2021, is that it chose to launch here in Zhejiang province, where the two mountains were first revealed to Xi Jinping.

This is first in a continuing series.

Now THIS is an exciting development. Once the Chinese decide to do something, it happens.