"The Irish Water crisis, the slow collapse of public health and education, resurgent child poverty, the epidemic of loneliness, offshore tax-avoidance havens, the collapse of ecosystems, Occupy Hong Kong, Australian greedy banks, and the rise of Donald Trump link to a single bad gene in our political DNA." 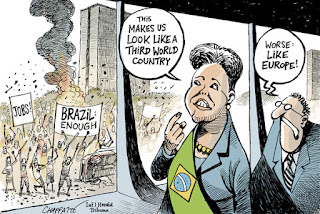 It is the political silly season, although these days it never seems to be otherwise. Delma Rouseff, Brazil’s heroic anti-establishment, anti-corruption President, has been impeached by the lower house on (dubious) charges of corruption, but the former, Brazilian President Luiz Inácio Lula da Silva called it more accurately a "coup d’état.”

Iceland’s Prime Minister Sigmundur David Gunnlaugsson resigned after it was revealed he owned an offshore company with his wife to channel millions of kroner. British Prime Minister David Cameron admitted he owned shares in a Bahamas-based trust up until 2010. In Malta, protesters demanded the resignation of Prime Minister Joseph Muscat for the same tax-avoidance activities.

Ireland, which has a gender neutral election law, requiring any election to be supported by at least 30% male and 30% female voters, in February elected a right-leaning Dáil Éireann (parliament). Sadly the coalition is still too fractious to choose a Taoiseach (prime minister) 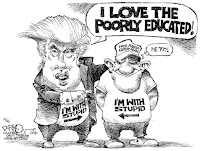 In 2013 Ireland consolidated separate county and local water authorities into a single national utility, which proceeded to install meters everywhere and raise rates. In 2014 and 2015 local protests blocked meter installers. Four percent of Ireland's population showed up at one demonstration in Dublin. Irish Water is a wedge between Fianna Fáil and Fine Gael, so no prime minister for Ireland. 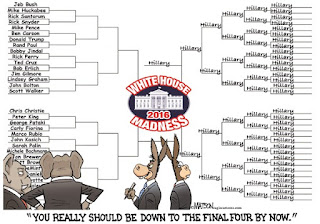 In Peru, the first round on April 10th narrowed the field to Keiko Fujimori, daughter of former President Alberto Fujimori, of the Popular Force party, and Pedro Pablo Kuczynski candidate of the Peruvians for Change party. Fujimori has a healthy lead and the second round of voting comes June 5th. Peru is interesting if for no other reason than the names of its political parties (as translated):


These names seem like something you might read on post-its on the wall of the “creatives” room in an ad agency. 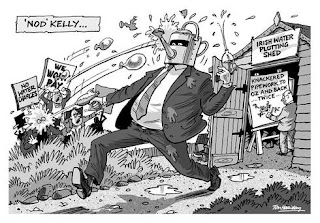 In Australia, Prime Minister Malcolm Turnbull said last November: "I would say around September–October is when you should expect the next election to be.” However, when parties predictably deadlocked over bills to reinstate the Australian Building and Construction Commission, a bone of contention for the opposition Labor Party, Turnbull this week announced he would dissolve Parliament on May 3 and call for new elections July 2. Turnbull himself is well known to Australians and his party the clear frontrunner. But lately he has been losing ground to Labor leader Bill Shorten in the polls.


“Mr Turnbull will attempt to paint Mr Shorten as a union lackey who cannot manage the economy; Mr Shorten will say Mr Turnbull is an out-of-touch protector of greedy banks leading a divided party that stands for nothing.” 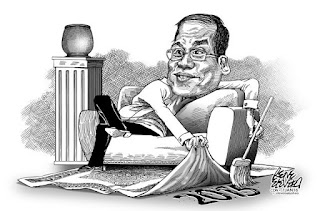 The Philippines just concluded its presidential debate cycle and is headed to national elections May 9th. At the top of the ballot is the election for successor to Philippine President Benigno Aquino III. The leading candidate is the current VP Jejomar Binay. His opponents include Senator Miriam Defensor Santiago (People's Reform Party) who is suffering from stage 4 lung cancer. Called "the Iron Lady of Asia,” she was the widely expected winner of the 1992 Philippine Presidential Elections, but lost after an inexplicably unscheduled power outage during the counting of votes. The Supreme Court of the Philippines recently declared optical scanner counting devices “corrupt” and forced precincts to return to hand counts.

Santiago announced her candidacy for president in the launch of her book, Stupid is Forever, on October 13, 2015.

While the People’s Republic of China will not be holding national elections this year, what is brewing at the grass roots in Hong Kong is QI — quite interesting.  Wikipedia reports: 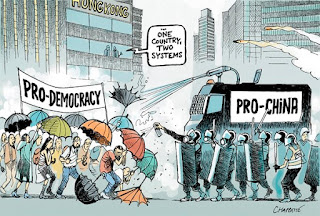 On the same day on 10 April 2016, the student leaders in the Umbrella Revolution, Joshua Wong, Oscar Lai and Agnes Chow of Scholarism and Nathan Law of the Hong Kong Federation of Students (HKFS) also formed a new party Demosisto which was inspired by Taiwan's New Power Party which was formed by the Sunflower Movement leaders and fared well in the 2016 Taiwanese legislative election. The new party calls for referendum on Hong Kong's future after 2047 when the One Country, Two Systems is supposed to expire. The party aimed at fielding candidates in Hong Kong Island and Kowloon East, facing competitions from other new political groups while posing challenge to the traditional pan-democracy camp. 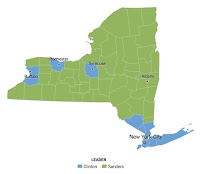 Finally, turning to the USA: With Bernie Sanders’ inability to unset the Hillary Clinton base in New York (Manhattan 66% - 33%; Westchester County 67% - 32%) on Tuesday, it looks more and more like a Clinton victory at the convention is a lead pipe cinch. Who knows? She might even have the team to out-Diebold the Trump machine. In Brooklyn, tens of thousands of voters discovered too late that they were ineligible to vote. The New York City Elections Board confirmed that more than 125,000 Brooklyn voters had been scrubbed from the voter rolls and the NY Attorney General's office is on the case. Clinton can now win less than half of the remaining primaries and still gain the required number of delegates. 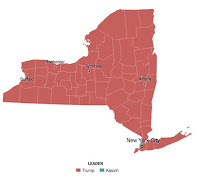 Can she throw some kind of a aikido move on the Trump steamroller? We don’t yet know who controls the machines, but it is a pretty good bet it ain’t the Donald.

This past week George Monbiot penned one of the best essays of his career, although it was actually a teaser for his new book, How Did We Get into This Mess? published by Verso for £12.99.

In naming Neoliberalism as the root of all our problems, Monbiot linked the Irish Water crisis, the slow collapse of public health and education, rigged Philippine elections, resurgent child poverty, the epidemic of loneliness, offshore tax-avoidance havens, the collapse of ecosystems, Occupy Hong Kong, Australian greedy banks, and the rise of Donald Trump to a single bad gene in our political DNA.


Neoliberalism sees competition as the defining characteristic of human relations. It redefines citizens as consumers, whose democratic choices are best exercised by buying and selling, a process that rewards merit and punishes inefficiency. It maintains that “the market” delivers benefits that could never be achieved by planning.

Attempts to limit competition are treated as inimical to liberty. Tax and regulation should be minimised, public services should be privatised. The organisation of labour and collective bargaining by trade unions are portrayed as market distortions that impede the formation of a natural hierarchy of winners and losers. Inequality is recast as virtuous: a reward for utility and a generator of wealth, which trickles down to enrich everyone. Efforts to create a more equal society are both counterproductive and morally corrosive. The market ensures that everyone gets what they deserve.


When George W. Bush attributed the rise of Islamic jihadis to “they hate our freedom,” what he was doing was reinforcing the neoliberal meme. As Monbiot puts it: 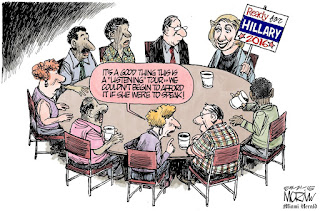 Hillary Clinton likes to tell audiences that because of the Affordable Care Act, "We now have driven costs down to the lowest they've been in 50 years.” Actually, health spending in the United States is higher than it's ever been, so the statement on its face is inaccurate. The U.S. spends more per capita than every other country in the OECD; and twice as much per capita as the system in France, with considerably worse average outcomes.


The privatisation or marketisation of public services such as energy, water, trains, health, education, roads and prisons has enabled corporations to set up tollbooths in front of essential assets and charge rent, either to citizens or to government, for their use. Rent is another term for unearned income.


Unearned income is what buys elections, and not just in the United States.

What the history of both Keynesianism and neoliberalism show is that it’s not enough to oppose a broken system. A coherent alternative has to be proposed. And that is what none of the elections in 2016 seem to be doing.