" Peter Bane’s big idea here is not entirely original — Toby Hemenway, David Holmgren, and even the UN Rappoteur on Human Rights have written about it — but it is timely and Bane describes it with greater depth and practical guidance. The big idea is that creation of 21st century garden farms at all scales and in all locations — horticulture not agriculture — provides a serious, necessary challenge to 20th century factory farms."

A Review of A Permaculture Handbook: Garden Farming for Town and Country by Peter Bane (New Society Publishers, 2012) 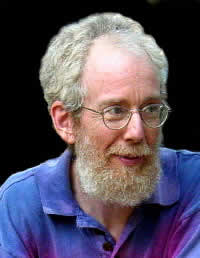 "Emergy Yeild Ratio Decline," it's a bit of a mouthfull but still pretty cool that the concept can be contained in just 4 words. Of course explaining the meaning of those 4 words is easier than getting most people to believe such a concept. And yet this relatively simple concept explains so much of what is happening to Global Industrial Capitalism- it should be on the front page of every newspaper and the cover of Time magazine.

Einstein supposedly said, "The world we have created is a product of our thinking; it cannot be changed without changing our thinking." This is the challenge we face. How do we change our thinking when so much of our thinking is determined by the system we inhabit? How do we reconfigure the ways we understand our relationships to each other and to the ecosystem, when immersed in a system that functions almost exclusively along the lines of transactional exchanges that alienate us from each other, the ecosystem and reality itself?

Recently, an answer to these questions came to me... I think it's a pretty good answer. No, it's not a solution to all our problems. No, I'm not advocating some pie in the sky redesign of our social and economic systems, that could never happen unless I were the emperor of the world. But I think I've struck upon a relatively simple in concept, paradigm that would be reasonably accessable to many people. I'd like to talk to you about it. I think a book ought to be written, and I'm willing to do the work of writing it, but I need advice and questions answered. You are one of the first people I thought of, based on having recently read "The Biochar Solution."

Send me a message on the Facebook if you might be willing to provide me with any assistance. We are already "friends"- my name is Matt Rawlings.

I'll be adding Bane's book to the Amazon wish list. Pretty cool that he's living in my neck of the woods too. Thanks.