Listening to your Hair

"Hair is an extension of the nervous system.  Whether it actually transmits important information to the brain remains an open question, but some studies of our mammalian relatives raise intriguing possibilities." 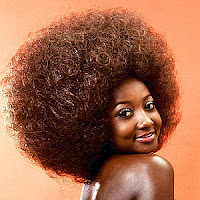 Give me a head with hair, long beautiful hair
Shining, gleaming, streaming, flaxen, waxen
Give me down to there, hair, shoulder length or longer
Here baby, there, momma, everywhere, daddy, daddy
Hair, flow it, show it
Long as God can grow, my hair
— Rado, Ragni and Gerome, Hair

Of all five major senses, tactile perception is the least understood. Some two dozen unique types of nerve endings pass through the skin of mammals. How and what they detect, how they code and transmit signals to the brain, and how those signals are decoded and used are still only poorly understood. 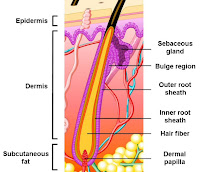 How does a three-foot long cell, such as one of the neurons that run from your big toe to the ganglial clusters near your spine, tell you nearly instantly that a mosquito is about to bite the tip of that toe, or that a slight, warm breeze just blew in through a crack in your door?

One way — that we are just coming to find out about — is through arrayed antennae, seemingly dead cellular structures (keratin proteins) that we have long been calling, regardless of cell type or location, simply, “hair.”

In actuality, “hair” is a complex matrix of distinct cooperating structures that include the part under the skin — the follicle — which is an organ that contains stem cells that can be tasked to make either more follicles or dermal cells, such as regrowing skin after a wound; the shaft (see cross-section); and an outer coating of sensory cells. We have been growing these structures since we were lizards.

Humans are the only primate species that have undergone significant hair loss and of the approximately 5000 extant species of mammal, only a handful — elephants, rhinoceroses, hippopotamuses, walruses, pigs, whales and most other cetaceans, and naked mole rats — are effectively hairless.
What we gave up in camouflage, protection from cold or UV radiation, and a barrier to wounds, we gained in the ability to sweat and to make Vitamin D, something we needed when we were forced by climate or inhospitable neighbors to migrate poleward, where winters were long and days were short. 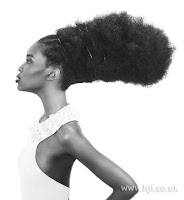 A recent post getting some replay is The Truth About Hair and Why Indians Would Keep Their Hair Long from Signs of the Times. The author, C. Young, writes:


It seems that during the Vietnam War special forces in the War Department had sent undercover experts to comb American Indian Reservations looking for talented scouts, for tough young men trained to move stealthily through rough terrain. They were especially looking for men with outstanding, almost supernatural, tracking abilities. Before being approached, these carefully selected men were extensively documented as experts in tracking and survival.

With the usual enticements, the well-proven smooth phrases used to enroll new recruits, some of these Indian trackers were then enlisted. Once enlisted, an amazing thing happened. Whatever talents and skills they had possessed on the reservation seemed to mysteriously disappear, as recruit after recruit failed to perform as expected in the field. 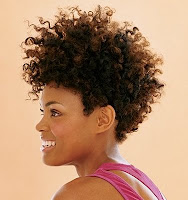 Serious causalities and failures of performance led the government to contract expensive testing of these recruits, and this is what was found.
When questioned about their failure to perform as expected, the older recruits replied consistently that when they received their required military haircuts, they could no longer 'sense' the enemy, they could no longer access a 'sixth sense', their 'intuition' no longer was reliable, they couldn't 'read' subtle signs as well or access subtle extrasensory information.
So the testing institute recruited more Indian trackers, let them keep their long hair, and tested them in multiple areas. Then they would pair two men together who had received the same scores on all the tests. They would let one man in the pair keep his hair long, and gave the other man a military haircut. Then the two men retook the tests. 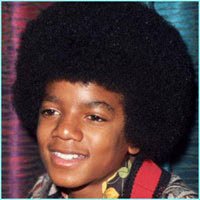 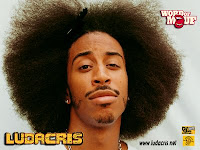 Regrettably there is scant evidence offered to back up these claims, so they remain in the realm of internet fable. A search of Google science comes up with a dearth of research on sensory perception and hair. The central grain of truth, however, is that hair is an extension of the nervous system.  Whether it actually transmits important information to the brain remains an open question, but some studies of our mammalian relatives raise intriguing possibilities.

Bats are the only mammals capable of powered flight, and they perform impressive aerial maneuvers like tight turns, hovering, and rapid acceleration and deceleration. They fly in nearly complete darkness employing sonar navigation and can fly through areas of high turbulence with astonishing stability.

Their wing, which is a bony webbed-hand with five fingers joined by a membrane, is covered with stiff, domed micro-hairs. When scientists began looking at the motor control and aerodynamic feedback employed by bats, using wind tunnels, they discovered just how important their hair was.

Using a scanning electron microscope, neuroscientists at the Universities of Maryland and Ohio found that both types of bats they studied, big brown bats and short-tailed fruit bats, had two types of hair: a long (up to several millimeters), relatively thick type close to their ventral forearm, around the leg, and on the tail membrane; and a second type along the trailing edge of the wing made of single-cell strands of follicle — 200–900 nm at tip — which are invisible to the naked eye. With tests involving mazes and high-speed IR-sensitive video cameras, brown bats were trained to fly through an artificial forest of simulated tree trunks, relying on echolocation, to be rewarded with a tethered meal-worm.

Fruit bats were trained to fly through openings in a net maze and were rewarded with bananas. The researchers found that their hair not only aided the bats in flight control, detecting air velocity, wind direction, vortices and potential stall conditions, but also fed their brains sensory information about the configuration of the maze. When their wing hair was removed by depilatory cream, the bats could still fly, and still went after their food rewards, but they negotiated the turns much more widely and stayed farther away from the walls of the maze.

The researchers noted that bats are not unique in these attributes, saying “in mammals, tactile hairs are usually located on the head in the form of sinus hairs (e.g., whiskers) … Sinus hairs on other body parts have been described only for the manatee.

The authors suggested that the sparsely distributed hairs on the manatee’s body could form a lateral line system analogous to that of fish and amphibians, where it serves to detect water currents surrounding the animal’s body.”

The bat was somewhat unique among mammals in that it grew its hairs on its “fingertips” whereas in primates, rodents and other non-hoofed mammals, fingers and toes are hairless.

The bones of the middle ear are connected to the inner ear, or cochlea where the auditory nerve is stimulated. As can be seen in the drawing, the cochlea is a tightly coiled portion of the ear, like a snail’s shell. It is liquid-filled, but projecting up into it are very tiny hair cells that may be stimulated by activity of the liquid within which they are set and the basilar membrane on which they are mounted.

Most physiologists have assumed that, since hair is “dead” keratin, it is the bending of these hair cells that fires the auditory nerve. Maybe, maybe not. The effect is to translate a sound vibration transmitted through air or fluids into an electro-chemical impulse headed for your brain. As the number and rate of auditory nerve cells firing increase, perceived loudness increases. Different cells fire to reflect difference in frequency; the combination of cells firing determines the perceived timbre.

Central to the auditory perception, however, is hair. The range of sound pressures which can be perceived is remarkable — a 1-million-fold range in humans, and wider still in other animals, with detection thresholds lowest at 1,000-6,000 Hz but increasing at both higher and lower frequencies. A frequency shift of as little as 2 percent can be detected. Our head cocks to time the arrival of the stimulus at each ear, and with only slight difference in arrival times (3/10000ths of a second), and filtering out wind, echo, and distracting sounds, we can localize the point of origin. We do that with our tiny ear hairs. Something analogous, although not quite the same as hair cells, happens with our senses of taste and smell (olfactory epithelium).

So, the big question is, what do we sense with our hair? Can we detect others nearby in darkness, or beyond our range of view? Can we sense more than we think we can? Should we be cutting it off, or should we be letting it grow?

Have you looked at
https://www.thefreelibrary.com/Electromagnetic+communication+and+olfaction+in+insects.-a0163395921
where P S Callahan shows that moths can detect infra red signals through their antennae?
I would imagine the fibre optic qualities of hair would make an excellent receptor. Hence the muscles which pull a hair erect - is it to a response to signals which need better reception?