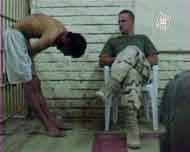 On October 4, 2005, the U.S. Senate voted 90-9 to approve an amendment that would prohibit the use of "cruel, inhuman or degrading treatment or punishment" against anyone in U.S. government custody, regardless of where they are held, and require all service members to follow procedures in the Army Field Manual when they detain and interrogate terrorism suspects. The amendment was added to a $440 billion military spending bill. Nine Senators sided with the White House in voting in against the amendment. Since that day, I have been calling these senators the Torture Nine. 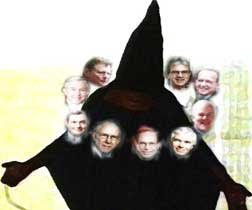 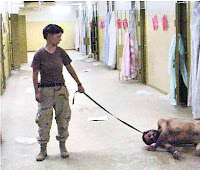 How did the Torture Nine fare in the 2008 election?

Wayne Allard of Colorado retired and is likely to take a fat job with Big Oil, whom he served faithfully while in the Senate. Mark Udall took the Allard seat. Mark Udall is against torture. 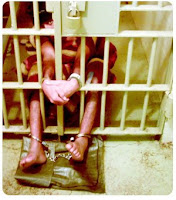 Kit Bond was not up for re-election and is still ensconced. He is Missouri state chair for John McCain, and that battle continues at this writing. Bond voted NO on factoring global warming into federal project planning, voted NO on reducing oil usage by 40% by 2025, voted YES on drilling ANWR, voted NO on including oil & gas smokestacks in mercury regulations, is rated 100% by the Christian Coalition, 0% by the League of Conservation Voters, 0% by SANE. He can be counted on to be a thorn in Obama’s side.

Tom Colburn of Oklahoma was not up for re-election and is still around. The Bolton of the Senate, Coburn stopped roughly a hundred bills that were generally non-controversial or had broad support. By placing an objection, Coburn prevented the bills from passing quickly through the Senate under a unanimous consent request. With floor time at such a premium, Senate leader Harry Reid had trouble bringing up each bill for an individual debate and vote, so he created a “Coburn Omnibus Bill” in the last session to break the impasse.

Thad Cochran, the 5th-term Republican from Mississippi was strongly anti-McCain – “the thought of him being president sends a cold chill down my spine,” he said. Known as one of the pork kings on Appropriations, he earmarked 52.4 million in the 2009 budget. He was not up for re-election.

John Cornyn was opposed by State Rep. Rick Noriega who favors renewable and sustainable energy over domestic production, and pledged to have all Texas household electricity usage come from 100 percent renewable sources by 2019. 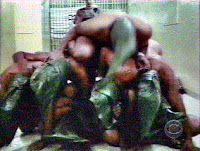 Cornyn’s mantra was familiar: drill in Alaska and the outer continental shelf; oppose global warming treaties, kill AMTRAK, privatize public schools. In Texas he pulled 4.3 million votes, less than McCain or the State’s judges, but that 54.8 percent majority sent this Texas Torturer back to Washington for six more years.

James Inhofe of Oklahoma, the Senate’s own village idiot, won re-election handily. Known worldwide for denying climate change when he was Senate Environment and Public Works Committee Chairman, he ran on statements like, “Developing and expanding domestic energy will translate into energy security and ensure stable sources of supply and well-paying jobs for Americans” and “One of the reasons I believe the spiritual door was opened for an attack against the United States of America is that the policy of our

Christian Coalition. Democratic challenger Andrew Rice, a freshman State Senator, was handicapped by the third party challenge from independent Stephen Wallace. One hopeful note is that Inhofe will be 73 when he begins his next term, meaning that he would be 79 at the end of it. He should spend a lot of time on junkets. Maybe he will tour Abu Ghraib.

Ted Stevens seems to be narrowly leading in the still open race in Alaska, the state that brought us Caribou Barbie. He had been famous for his “Bridge to Nowhere” and Amazing Hulk ties. The “King of Pork” (according to ABC News), and the longest-serving Republican in the US Senate, Stevens was slapped with a 7-count 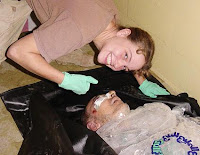 indictment for taking bribes. Convicted before the election, he may have won anyway, in which case he will serve from prison until Sarah Palin appoints his successor. 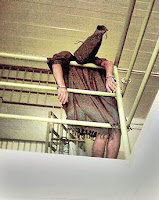 Pat Roberts won his third term as Senator from Kansas. As chairman of the Senate Select Committee on Intelligence, he oversaw the manipulation of Iraq intelligence, the Valerie Plame outing investigation, warrantless domestic spying, and torture – transforming the committee into the Senate Coverup Committee. He has repeatedly made light of the conditions at Guantanamo Bay. “There are more senators and congressmen with ethics cases pending than there are problems with interrogation right now in Gitmo,” he said. His opponent, Jim Slattery, gave him a good run in a very red state, where a Democrat hasn't won a Senate race since 1932 and where 57 percent of the voters backed John McCain. 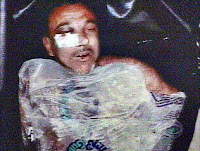 Jeff Sessions won re-election from Alabama handily. He was very anti-McCain but pro-Iraq, anti-solar, and anti-black people and had a walkover for re-election against a black woman State Auditor, whom he never referred to. His white base was strong. His war chest was 244:1 over his opponent.

On Amtrak, Sessions says: “[I] don't think the proponents of the legislation have a bad intent, they have a vision for a national rail system, and they are willing to put billions of dollars into it. But I have never been able to lay my hand on a study that shows that a national rail system mandated by the government is feasible over long distances. … Americans, more than anyone else in the world, have automobiles, and we choose to drive frequently. It allows you to arrive when you want, carry things you want to carry, drive straight to where you intend to go, and not have to wait in a station. 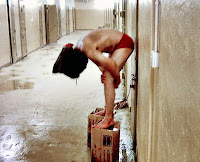 The election score on the Torture Nine was 7 - 1 - 1. Seven are returning to their Senate seats, one retired, and the tie vote could yet turn into a win for the Republicans. Torturing innocent and unconvicted Muslem men, women and children is still okay with the voters in at least eight states.
Posted by Albert Bates at 8:43 AM

Sad commentary indeed. Thanks for the update.