"I am less disappointed in the news media these days than I am angry at it."

I grew up on the morning papers. “Papers” is plural because my dad was a newspaperman and took multiple daily or weekly editions that he read over breakfast or on the train from Southern Connecticut to the city. One time when I was maybe 13 we were in Newport Beach, California and he sent me out to get the Times. I dutifully brought back a day old edition of The New York Times which was what I had assumed he meant and that was a big laugh because in California it means the LA Times, or what Harry Shearer refers to as the LA dog trainer.

Nowadays I can’t read either of those. I just find them boring. Same for all the TV and political websites. Just too predicable. Even a recent expose in the LA Times on the Marshall Islanders and atomic veterans was such old news one wonders how it is news to anyone.

I know before passing by CNN, Fox or MSNBC in an airport or restaurant that today’s talking points will be something to do with stopping Sanders. Maybe it will be a story about the price tag on Medicare-for-All or the Green New Deal, neither of which will ask the obvious question about the exorbitant price we are currently paying for the insane, stupid, unscientific, and soon-to-be-suicidal status quo.

Serious peer-reviewed and published research has determined that under Medicare-for-All, health expenditures would fall in the first year, while providing high-quality health coverage to all US residents. Replacing private insurers with a public system would achieve lower net healthcare costs over the long-term, versus obscene mortality rates, cascading personal bankruptcies, and an inevitable public health system melt-down over the long-term. Is any of this ever spoken of in the mainstream corporate media? No. Nothing. Crickets. 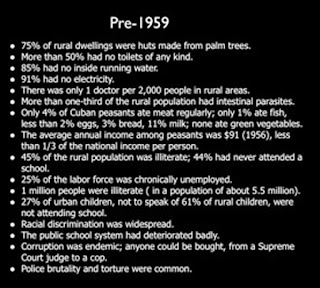 Or perhaps the story of the day will be about a ballyhoo’d 60 Minutes soundbite of Bernie’s praise for Castro’s literacy program 40 years ago, something I have written my own praise for here.

The Fox network is tenderizing Sanders’ meat for the Trump campaign roast. MSNBC is trying to keep him off that menu by a pre-emptive strike in favor of a yet-to-be-named “moderate” but presumptively Joe Biden. All too predictable.

The sort of anger I have is banked, like a great heap of coals under a skin of sawdust. If I get more fuel, more anger, I stoke it; I know that violence breeds violence, injury, injury. Feuds never end. Outright anger and terror stupid and ineffective, whether from the streets or the government agencies.

The anger is against the stupid way people in power handle problems, like spoilt children, like idiots. I have frequently called governments knaves and fools and I mean it. There are good, current, de-bugged solutions to every modern problem. It needs only slight research to find at least 3 or 4 solutions to any social concern (drugs, homelessness, smog, pollution generally, employment, etc., etc.)

Yet these are not researched, not adopted, not even known. Our leaders do not act as though they want to help solve any problem but that of manipulating society so that they can stay in power, even if that means starting up a civil or external war to do so; to divide our society with ‘votes.’

We can all see it; we should all be angry, all in action with all our bodies out there. I am also angry that I have had to put down the work I love to do — watching natural systems — to do work to prevent the loss of these systems. In other terms, I can’t spend time with my family, because I have to fight, to give them a chance of survival. I am furious, and will stay angry while I am alive and I will work at real solutions until I die with sidelong glances at my beloved natural world. And I hope all our kids are angry too; their world is laid waste by fools, for greed or power. Fools.

Angry too that we have failed ourselves, have not used our wits, refuse to believe that we are heavily engaged in the last war of humankind; the battle to stop ourselves killing the world. To take on the guilt and go for the the job.

Then go, with your life, into the fight.

Scared, but more angry than scared. That’s it.

The irony of the Democratic party attacking Bernie Sanders for finding something nice to say about Cuba is that it shows that for all of Fidel’s control of state-run media, hour-long harangues, and crushing dissenters, the USA has achieved mind-control of its population on a scale Castro could only dream of. Of course, he didn’t have Anderson Cooper, Chris Matthews, Rachel Maddow or a finely-tuned, psychomemetic, lightspeed cyberwar, public media filtration system working for him.
My Gaia University colleague, Shaktari Belew writes:

We are all suffering from our own Perceptual Filters (our unique experiences, thoughts, and beliefs that determine what we allow ourselves to perceive). And all humans like to feel as if they were correct regarding any topic. So the determination of how the electorate will feel about this topic seems, to me, to have more to do with our individual and cultural Perceptual Filters — and our awareness that they even exist. 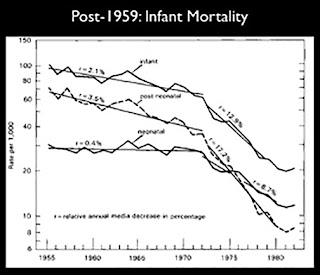 Once one is aware of Perceptual Filters, you are at choice about exploring your own and those of others. But until that moment, we are all convinced that our perception is the one and only “correct” one.

I was raised during the Communist scare, and so most my age still carry that absolute fear of anything that could even slightly be called “Communist or Socialist.” Both are “boogyman” terms. And the media is only all too willing to present [Bernie Sanders] as a “communist or socialist” instead of the Democratic Socialist that he actually is. (Think Scandinavian countries.)

And while Sanders is asking us to look upon historical leaders (and all leaders) with a nuanced understanding of the context of the times and our own perceptual filters — which he demonstrates in this instance — many are not yet there.

Does that make them wrong or merely subject to their own perceptual filters?

So what do we do about this?
1. Consider exploring Perceptual Filters.
2. Consider stepping beyond simplicity and instead embracing context and nuance.
3. Seek out verifiable facts.
4. Perhaps most importantly, ask questions and listen to each other for understanding. What is the core of the concern expressed? What solutions would you suggest? Do you have evidence that those solutions have worked? If so, where, when, and under what conditions?
5. Finally, value each person’s genius more than trying to make anyone wrong.

An internal analysis leaked this week from within J.P. Morgan Bank (Economic Research Report: J.P.Morgan, Jan 14, 2020, “Risky Business: the climate and the macroeconomy”) concluded that “…it is clear that the Earth is on an unsustainable trajectory. Something will have to change at some point if the human race is going to survive.” Otherwise, climate change will kill us all. It then goes into the various charts — ice cores, Keeling curve, growth rates — similar to those I have been publishing since 1985. This report comes from a bank that provided $75 billion of the $1.9 trillion global bankers have loaned to fossil fuel companies since the Paris Agreement was signed. The others in the top tier of lenders are Citigroup, Bank of America, Scotiabank, and Wells Fargo. So one would be entitled to ask: seriously?

This is not a source of hope. It should be a source of more smoldering anger, in every sense that Bill Mollison uses that word. I am less disappointed in the news media these days than I am angry at it. Those are the best minds of my generation destroyed by madness, starving hysterical naked, dragging themselves through the negro streets at dawn looking for an angry fix. They serve us not at all. They’re only making us dumber.

When you find someone whose compass is true, bookmark them. Friend them on social media. Come back and read them again. Find more like them. Give those ones your time and energy, feed them, and nurture them.

When you have an assembly of those, call that regenerative media. This is how we seed the future.

Michael Dowd did a podcast on regenerative folks, including Catton, author of "Overshoot," and included discussions of many other thinkers and writers --all my old friends, although he didn't include you, my most trusted perceiver of all! Thanks for the Mollison quote. The one I remember best is, "Am I going to just let them roll all over it?"

We The People led by insanity… an organism vigorously consuming its host-the cry of patriotism shouted to the end.