"We should feel fortunate to have arrived at such a moment and to have witnessed the peak, all to a rock soundtrack…" 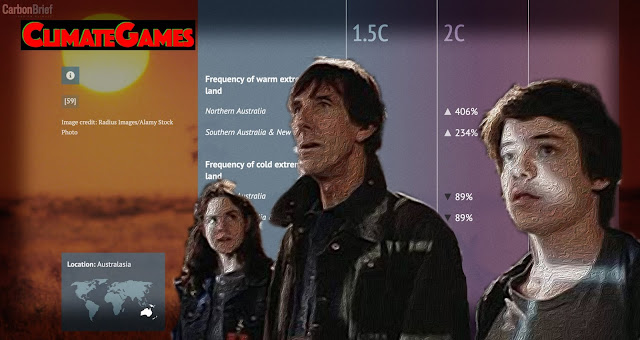 In his 2019 book, The Conservative Sensibility, George F. Will recalled Daniel Patrick Moynihan’s 1993 statement that “ideological certainty easily degenerates into an insistence upon ignorance.” This seems to be a condition we find ourselves in today, which I suppose was Will’s point.

This past week I was being interviewed for a popular podcast and newsletter and the conversation drifted into the nexus between ocean microplastic and climate change (the connection, which runs through whales, has to do with trophic cascades). Suddenly, the host broke in and cut me off mid-sentence. “I should have warned you before,” he said. “I may even agree with you, but we cannot talk about climate change.”

It took me a minute to recompose myself before continuing with the taping. I was thinking, “Do I confront this head-on and stick up for the science, or do I just shut up and move on?” I decided to zip my lip and try to find a way through the interview without picking a fight right then. After all, I could sympathize with the guy. He knew that any time climate change came up in his mass media outlet, howls of protest from his audience drowned out anything that was substantive or worth learning about.

Two days before, I had been having a talk with the publisher of one of my books, also about climate change. She was trying to find some way to improve our marketing because sales were slack. I suggested focusing on foreign markets, and leaving US readers to just wallow in their ignorance. She was not willing to do that, but I suspect that her reluctance was more likely because she didn’t travel as much as I do and so didn’t grok the attitude shift once you get some distance outside US borders.

I was only just home from the recent UN conference in Madrid, where climate in all its nuances, policy and implications was the subject of broad discussions that bridged all manner of national, ethnic and political differences. Nobody there was asking if climate change was real. Nobody was challenging the stark power of the crisis. The discussion there was how we muster the financial and social tools to actually change trajectory before it is too late for puny humans to even matter any more.

But then I seemed to have entered a purple haze fog bank just as the Atlantic coastline of North America came into view. The fog carried a spell of obfuscation, bewitching and bewildering all public discourse. Seemingly sane people had turned into blithering idiots who accorded more credibility to fiction than to science. Fairy tales were being given equal time with near term human extinction.

We know within a reasonable boundary for error that at 1.5 degrees of warming (I am using Celsius, by the way, so anyone still desperately clinging to the English Imperial measurement system after even England switched to metric in 1965… get used to it) will expose 132.5 million people to such extreme drought and 340 million to such high coastal inundation they will likely have to migrate. At two degrees those numbers are 194.5 million and 630 million, respectively.

Do we imagine that we can simply wall all those people in place? Or maybe frighten them into staying to starve or drown by caging their children? This is the kind of degeneracy that politics has adopted in order to insist upon climate denialism.

I grow weary of having the same conversation over and over. No, the warming is not caused by the sunspot cycle. No, that chart of yours showing the current temperature anomaly is normal for interglacials has been doctored. Why do people insist on believing such garbage? I feel like John Wood’s character, Doctor Falken, in WarGames (1983) who, realizing that artificial intelligence would eventually take control of our weapons of mass destruction and kill us all, just packed up and went off to an island to become a hermit. Except this is too important, and I feel some sense of duty to continue voicing truth, whether it is heard or not.

Next week I turn 73. Back in 1947, the world was a very different place. In a sense, humans were at the top of their game. Fascism seemed to have been conquered, at least in Western Europe and Japan, the US had emerged as a global military empire, as had the Soviet Union. The light sweet crude treasures of the Middle East had been uncorked like champagne to supply an exponential spurt of industrial growth and a consumer culture, into which the Baby Boom was born. I suppose I should feel fortunate to have arrived at such a moment and to have witnessed the peak of human extent and prowess, all to a soundtrack of doo-op, Motown, rockabilly, folksong, psychedelic and disco — Elvis, Jimi and Janis.

If I gaze in the other direction, ahead, I see a very different horizon. And in fairness, maybe that is why we avert our gaze. And maybe that’s all right.

Thanks to everyone who helped me on my research gathering wanderings and writing time in 2019. You encourage me to do more and then tell you about it. Help me get my blog posted every week. All Patreon donations and Blogger subscriptions are needed and welcomed. Those are how we make this happen. PowerUp! donors on Patreon get an autographed book off each first press run. Please help if you can.
Posted by Albert Bates at 6:00 AM

Read your blog every week and have your latest book. This holiday we had family with us; daughters + a husband thereof and grandson w/ partner. All agreed climate change is real and a a serious threat. Wife and I (age 89 & 90) have recognized the peak oil problem since Jimmy Carter's 'fireside-chat'. Home library is replete with books on climate change and related subjects. All of us deplored the current political situation hat denies the obvious. How this will end up is anyone's guess. Thanks for all you advice. Russ Day

Aahhhh....Rockabilly!
Even though I live in the north west Scottish Highlands and am very enamoured of Gaelic language, culture , music and am an advocate of older Highland land practices , husbandry and Permaculture, I’ve been a disciple of Rockabilly since I stumbled upon a 45rpm ep of Elvia Presley’s which featured “Good Rockin Tonight “, when I was 10 years old in 1977.
Long story short; That record eventually took me on a musical journey where I discovered Hillbilly Bop, Bluegrass, Western Swing , Old Timey, which inevitably brought me full circle back to the old fiddle tunes and song s of Ireland and Highland Scotland.

Have to say that whenever I feel the sinking feeling of depression caused by climate deniers and neo fascist politics, it’s the slappin’ dog house bass and primal, greasy , octane fuelled, hot rod Rockabilly guitar stuff that makes me feel great again and let’s the flickering candle of hope burn bright again.