"In the 36 hours after James’ delete, a troll mob with bot support sent a flame tsunami at the Rockets and the NBA." 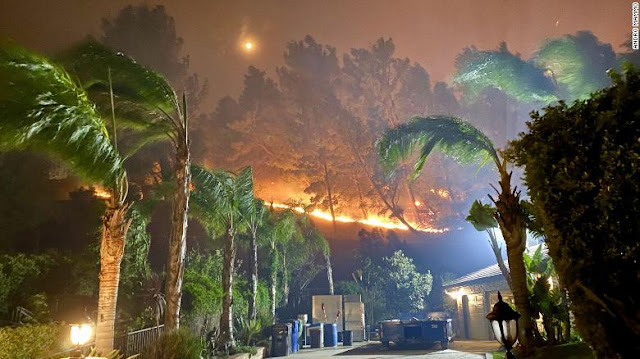 Even CNN has taken to comparing what is going on today to a Classical Greek play.

Trump himself perfectly encapsulated the depths of his hubristic delusion when he famously declared “I could stand in the middle of 5th Avenue and shoot somebody and I wouldn’t lose voters.”

Those of us watching from our armchairs associate the drama being played out on a world stage more with old episodes of The Sopranos than with Greek tragedies (do our schoolchildren still read Aeschylus?) 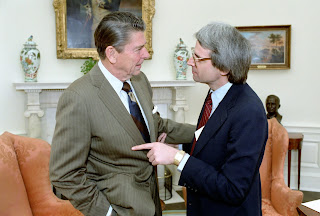 One of the right’s indefatigable champions, David Stockman, says the end will come with neither bang nor whimper, neither with the gavel of impeachment nor overtaking second term victory laps, but instead with total, ruinous, global financial collapse some time in the next 12 months.

"Since starting in Washington as a legislative assistant in 1970, we have seen every business cycle and President up close and personal. So we know that the Donald committed the most egregious rookie mistake in the history of the American presidency.

That is, he insouciantly embraced a financial bubble that was destined to crash and took ownership of a struggling, geriatric business cycle expansion that had “recession ahead” written all over its forehead.

After all, the Donald was sworn in during month #90 of what was already the third-longest business expansion in American history and he was elected for a 48-month term. That means it would be month #138 when his first term ends–a point never, ever reached before.

Europe is rolling over into recession, the Red Ponzi is floundering under its massive load of debt and malinvestment and the US economy is imperiled by $70 trillion of public and private debt and egregious Wall Street bubbles whose days are clearly numbered.

Moreover, recessions have not been outlawed by the economic gods and there are overwhelming odds that the next one will hit before November 2020.

And when it does, Wall Street, the US economy and the Donald’s fantasy of MAGA will come tumbling down with it.

Of course, Stockman has been out on the corner in this same sandwich board every day for the past several decades, predicting the end is nigh, and … silence. Crickets. Economic boom times. But he sells a lot of books and newsletters and we wish him well with his latest, Peak Trump.

Still, watching a White House press conference with the President of Italy, who had come to beg POTUS not to start a trade war with the Eurozone, I couldn’t help but wonder how it must sell back in Rome to see their man kneeling to kiss the ring of someone whose body language mimics Benito Mussolini as parodied by Chico Marx.

And the US Ambassador to the EU, the man cradling a lit match in front of the Santa Ana winds, is who, exactly? Oh yeah, I remember. Gordon Sondland, million-dollar donor to President Cobblepot, who has been the ambassador in Brussels since July 2018. 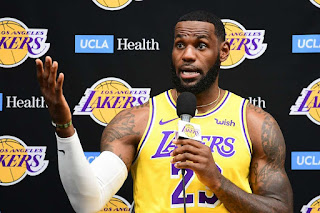 Meanwhile, at the presidential debates in Ohio, the moderators — CNN and The New York Times — did not pose a single question to the candidates about the climate crisis. Nothing to see here, move along. The Tuesday night media spotlight was instead directed to a tweet by L.A. Lakers superstar LeBron James concerning … wait for it … Hong Kong protests. James holds the media box up to the light to inspect, barely believing this is happening. He is being boycotted by his fans at shoe-wear outlets because he tweeted and then deleted something about another team’s general manager being ignorant of politics. He shakes the box and holds it to his ear. Is there something loose rattling around in there?

“You never know the ramifications that can happen,” James told reporters after Houston Rockets General Manager Daryl Morey tweeted in support of pro-democracy protesters in Hong Kong. “And we all seen what that did. Not only did for our league, but for all of us in America, for people in China as well. And sometimes you have to think through things that you say that may cause harm not only for yourself but for the majority of the people. I think that’s just a fine example.”

James was referring to Morey’s tweet and delete of an image that read ”Fight for Freedom. Stand with Hong Kong” that has nearly ruined a streaming deal with China worth (to James and others) $1.5 billion over the next five years. Chinese state television said they would henceforth not be showing Rockets games. The risks of offending the Chinese are particularly high for James, who has a lifetime deal with Nike that could exceed $1 billion. While the U.S. is Nike’s biggest market at the moment, its growth strategy is China. If James is seen as criticizing China, Nike is screwed in China. If James is seen as defending China, Nike is screwed in the U.S.

Onto the shores of this emerging sports brand Dunkirk wade the spawn of Cambridge Analytica and escaped NSA big data pranking, now run feral in the cyberverse. 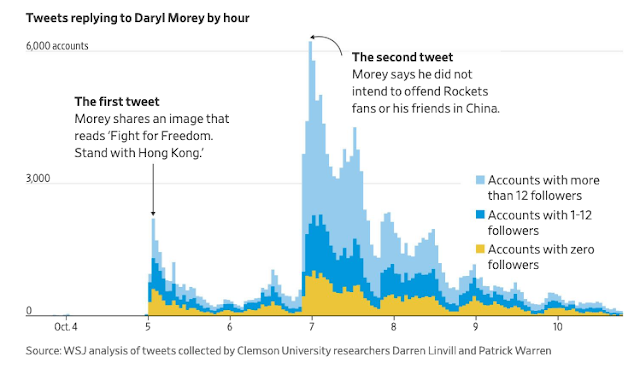 A review of 170,000 tweets by the Atlantic Council’s Digital Forensic Research Lab shows that Morey and James were the targets of a pro-Chinese-government twitter attack (Twitter is banned in China). In the 36 hours after James’ delete, a troll mob with bot support sent a flame tsunami at the Rockets and the NBA, 22% from accounts with 0 followers and 50% from accounts with fewer than 13 followers. The tweetstorm included 4,855 total users who had never tweeted until they jumped on this and 3,677 accounts that didn’t exist before Morey’s tweet. Meanwhile, from the balconies of James’ eight-bedroom, eleven-bath, four-fireplace mansion in Los Angeles (with garage space for 10 cars), he can see the glow of fires cresting the North Los Angeles hills and smell smoke. Nothing to see there, move along. 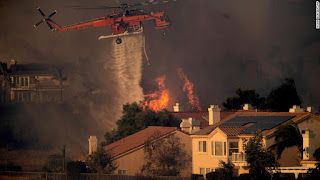 A helicopter drops water while battling the Saddleridge fire in northern Los Angeles on Friday.

The creators of South Park, Trey Parker and Matt Stone, couldn’t resist piling on James with an episode called “Let Them Eat Goo,” about lunches at South Park Elementary being replaced with faux meat. Cartman yells at students who favor the change or are protesting for ethical food choices. 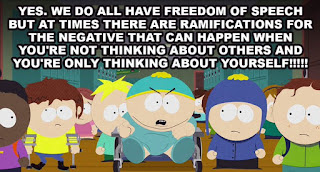 The “Let Them Eat Goo” episode starts at a Park South cannabis farm where Marsh grouses that “the whole doing business in China thing has sort of bitten us in the ass and now we aren’t selling enough weed to keep up with our costs.” So they come up with a plan to use their discarded hemp products for plant-based fast food.

Acknowledging that the Chinese pressure being felt by the NBA was real, Parker and Stone issued a public apology last week in which they said, “Like the NBA, we welcome Chinese censors into our homes and into our hearts. We too love money more than freedom and democracy.”
Something is broken here, but we dare not say what it is, do we, Mr. James?

Shunryu Suzuki Roshi, in one of his Zen Center lectures, recalled that in wartime, “some young people, encouraged by the militaristic mood of Japan, recited to me this line from the Shushogi: ‘To understand birth and death is the main point of practice.’ They said, ‘Even though I don’t know anything about the sutra, I can die easily at the front.’ That is group practice. Encouraged by trumpets, guns and war cries, it is quite easy to die. That kind of practice is not our practice….”

I am not trying to be esoteric here, never mind the Aeschylus. My point is that we are all running around like headless chickens, driven by troll mobs and bot algorithms. We ignore a real existential threat to focus instead on celebrity basketball shoes. That is our contemporary group practice. What is missing is calm reflection, by each of us, on our situation. We need to free ourselves of these crazy viral influences and think for ourselves again. From that calm will come not only the smell of smoke but also the best way to fight the fire. That calm center doesn’t come from Twitter, in case you didn’t already know.
__________

You encourage me to do more and then tell you about it. Help me get my blog posted every week. All Patreon donations and Blogger subscriptions are needed and welcomed. Those are how we make this happen. PowerUp! donors on Patreon get an autographed book off each first press run. Please help if you can.
Posted by Albert Bates at 5:00 AM