"Being co-evolutionary, Gaia tried to keep pace with our evolution but lately has given that up and gone its own way." 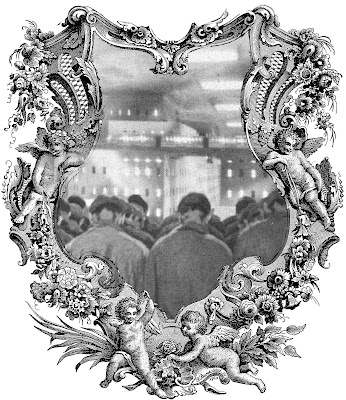 My friend Clinton Callahan plays around with game theory. In his latest communication he says whether we think about it much or not, we all play the game of picking a favorite illusionary paradise.

The same illusion compels jihadi suicide bombers and Navy SEALs. Honestly, we probably all fall prey to it at one time or another — our tribal altruism predisposes to an optimistic world view. Callahan continues:

If we don’t see ourselves in these, chances are you at least see someone you know. We all have choices at any moment to choose the paradise we are in or pop out of that one and into a new one. Maybe we have hybrid scenarios that take pieces from each of the genres.

You can see illusionary paradises around you each day in all three worlds. You can create an illusionary underworld paradises and call it an argument, or perhaps a reason to criticize yourself to feel the familiar mixed emotion of shame. It all depends on what the parts in you are hungry for.

Callahan’s point, and I have to say I resonate, is not to take any of this too seriously. You could say we are in “uncertain times” but that is really too generous. Most likely we are now in end times, or what Al Gore likes to call “a nature walk through the Book of Revelations.”

Callahan and I differ in that he thinks developing your gaming skills is going to help building a new culture, creating new paradigms that make the existing paradigms irrelevant, while I think the notion that we are at the dawning of an Age of Aquarius is why these paradises are all illusions. We are, if not the last human generation, among the last.

If that seems too cynical, I am happy to say I could be wrong. We might get our act together and turn it around, who knows? And on that slim glimmer of a possibility hangs the reason I went to Wilmington for a week to attend the international conference of the US Biochar Initiative.

And by the same slim hope I will be teaching and touring in China these next few weeks and may miss posting here during that time, depending on access. 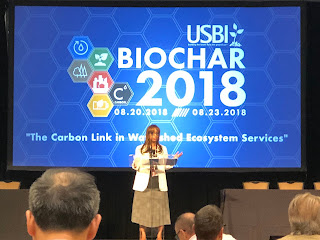 Given the fact that biochar is probably the only serious, non-illusory solution to catastrophic climate change, the biochar conference was sparsely attended. It was also pretty wonky, which helps explain why fewer than one hundred people were filling a space designed for tens of thousands.

I could go on to predict that this will soon change, but that is my illusory paradise speaking.
About 40 percent of those attending #Biochar2018 were scholars, another 40 percent were industry suits, and the rest, like me, just wandered in out of curiosity. 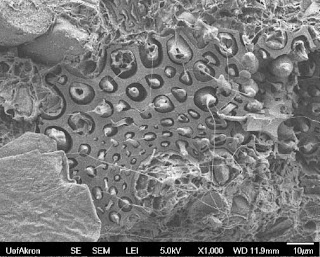 I was there for a few reasons, actually. Kathleen Draper and I have a book, Carbon Cascades, coming out from Chelsea Green this winter that duty calls us to promote, although these were probably people who will buy it anyway. I am at the moment researching biodegradable plastics, and those came up in a number of presentations. And, the number of new applications for biochar and the sheer speed at which it is capable of reversing climate change (taking atmospheric CO2 concentrations from 410 parts per million today back to a more survivable pre-industrial 260 parts per million within this century) are always exciting to discover and fool myself into thinking we might actually use.

The conference, despite being more regional in nature (another regional conference in Southeast Asia/Oceania happened just last week), drew people from Sweden, Germany, Australia, China and places other far flung contrails away. My plastics curiosity was well rewarded by Joseph James of AgriTech, who showed microscopy of recycled polymer resins bonding with the carbon matrix of biochar.

My illusory paradise was engaged by Björn Embren’s amazing keynote on the Stockholm Biochar Project. The way Embren told it, his city government had become concerned at how its urban forest was suffering from the effects of climate change, pollution, and over-paving of the roots of trees that lined the streets. After some investigation, they began trials with biochar and were astonished by the results. New cherry trees set in alongside permeable sidewalks, for instance, grew such dense canopies that you could not see through them after just a few months, something that had never occurred before. 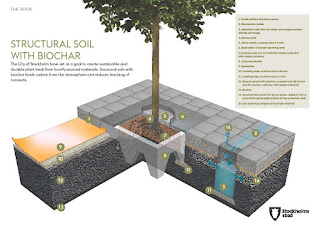 Stockholm began expanding its biochar program, using it to fill storm drainage systems, then road under-pavement, and then making their own chars from municipal wastes, solving several problems at the same time. The biochar cleaned their waste, cleaned their water, cleaned their air, permanently and verifiably sequestered carbon massively, and cooled the city (Stockholm, like many other European cities, set new heat records in 2018).

If like me you are solutions oriented, here were many promising answers to some of our most pressing problems, and many of the more interesting conversations at the meeting happened in the corridors between presentations. Many people are wondering, like I am, out loud, for 50 years or more, whether homo sapiens is really up to all its self-imposed challenges. They become much more obvious and impossible to ignore each year, but actually have been with us a very long time. We spent hundreds of thousands of years after developing language and writing using symbols to help us connect to the natural world. We married our symbology to our symbiology. For a very long time we were extractive only to the degree that the whole could easily rebalance and recover from our impact.

All that changed around 8000 years ago, as keynote speaker David Montgomery told the assembly. We went from being more nomadic, with few possessions, an incomprehension for material wealth, the impracticality of schlepping around too many nursing babies, and the absence of cities and armies, to becoming predominantly sedentary, agrarian, capitalistic, militaristic, authoritarian urbanists. At first by baby steps, and then by giant leaps, we separated from the natural world. Being co-evolutionary, Gaia tried to keep pace with our evolution but lately has given that up and gone its own way. That way is to remove us.

So, even though we clever wizards of the material world may be able to find small solutions to the problems that vex us, we will still need to deal with that bigger one: the separation.

We will need to devolve back to living in harmony with Earth, assuming she will still allow us back at this point. Being an optimist most of the time, I attend events like this assuming we will do that, and when we do, we will also get around to fixing some of the broken bits we have left trailing behind.

Maybe that requires illusionary paradise, but there are worse ways to go through life.

Carbon Cascades, my newest book, is now in production. Donors at the Power Up! tier on my Patreon page receive an autographed copy off the first press run. All donations and Blogger subscriptions are needed and welcomed. Those are how I make this happen. Please help if you can. I will be teaching in China for most of September 2018 and may not be able to monitor and approve comments or publish during that period. Regular readers please bear with me — I will be back.
Posted by Albert Bates at 7:00 AM

a worthy attempt at reconciling our/your human capacity for denial with the necessity for a purposeful existence. I offer a shout-out to the Climate Mobilization Plan at https://www.theclimatemobilization.org/organizer-toolkit for all the multitudes who visit here each week, looking for noodles of insight from Brer Rabbit.

here's the biggie conference, http://www.biomassconference.com/ema/DisplayPage.aspx?pageId=Home in Savannah GA next March. Let's wander over to the dark side!

Perhaps we will change and rise to the challenge with biochar. Your articles give me hope that we can.

Thanks for the tip-off about your new book. If only we could get people interested in biochar instead of electric cars.....