"Many people reject the notion that we could already be beyond carrying capacity, but try to picture it like a marathon runner becoming dehydrated."

“In the last 3 weeks we’ve seen as many new cases as in the previous 8 months.” 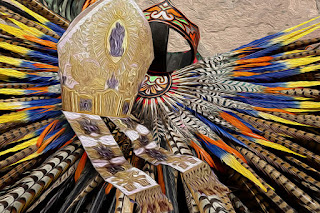 In the fall of the first year of the 21st century coronavirus pandemic, the President of México delivered to his Beatitude, Pope Francis, a request for apology from the Catholic Church on behalf of the indigenous peoples of México, for the genocide they had endured by the edicts of his predecessors.

On the one hand, the request, and whatever response His Holiness may give, can be viewed as merely symbolic. They have no significance to the cultures that were exterminated; to the many languages lost; to cultivated ecologies that continuously regenerated food, fuel, climate and a wide community of diverse lifeforms; to the wisdom gathered over millennia and then scratched out as if it had never existed to begin with. A Pope’s apology will not unburn Mayan codices. It will not restore the carved and polished exterior stones to the pyramids of Tenochtitlan. It will not recover the chinampas of Xochlmilco or refill Lake Texcoco.

Today the number of independent nations in the world fluctuates at around 200. At the time of the Spanish Conquest, it may have been more than 3000. According to carved stone monuments erected in Sri Lanka and on the Malabar coast of India, and to contemporaneous journals (1403–1430), “3,000 countries large and small” (Duyvendak’s first translation) were contacted on the diplomatic voyages of Admiral Zheng He (郑和) on behalf of Ming Emperors Zhu Di (成祖 朱棣), Zhu Gaochi (朱高熾), and Zhu Zhanji (宣宗 朱瞻基) in 1405–1433.

By the start of the second millennia, Ireland contained a dozen separate kingdoms. The Armenian region of the Eastern Mediterranean and the India/Tibet region each contained a similar number. There were scores of Swahili and Bantu kingdoms and city-states in Southeastern Africa. Alliances or conquests of many nations separately comprised the Holy Roman Empires of Italy and Germany, the Caliphates of Northern Africa and Arabia, the Ghaznavid Empire, and the Volga-Bulgar, Kara-Khanid, and Khazar Khanates.

There were likely more than 100 separate Pre-columbian sovereign nations just within the borders of present México, as nearly as different from one another as Borneo and Switzerland. Even today there are more than 20 distinct Mayan linguistic groups.

Map of the nations before Columbus created by Victor G. Temprano 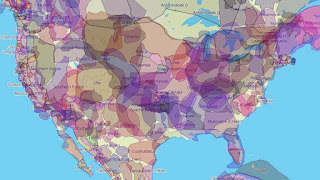 As in other parts of the world, great empires waxed and waned in Central America. Hernán Cortéz conquered the vastly superior army of the Aztec Triple Empire by allying with smallpox. Pizarro happened upon an Incan Empire devastated by plague and civil war. Many nations and alliances were never militarily conquered, merely converted to Catholicism and culturally absorbed into something called New Spain. “Catholic” literally translates from Latin as “homogenizing”; “including a wide variety of things”; or “all-embracing” and that was its strategic genius. In addition to demanding that conquered peoples bend the knee (and bend backs as perpetually impoverished slaves), the priests bent their own narratives to bring in a Black Madonna, a Mestizo Madonna, and a Corn Goddess. Ritual offerings where mendicants kneel together to drink the blood of Christ (if you were ever Christian you can relate) were different in place more than in kind to ritual bloodlettings by an ash-covered shaman standing atop a pyramid temple. 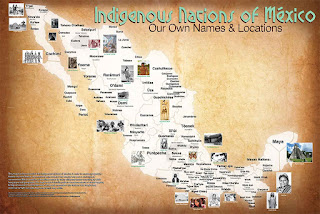 The unspeakably cruel genocide of native peoples unleashed in the second half of the second millennium of Christ was not the worst sin of the Catholic Church in México, however. Worse was the sin of overpopulation.

From that Biblical command flowed all the serpents of our present impending doom: climate chaos; the Sixth Great Extinction; illegal migration; deforestation and desertification. The Vatican edict on birth control demanded Mexicans of every descent, in whose blood flowed genetic histories of hundreds of different nations, go forth and be good Catholics by having many children, and even more grandchildren, and many times that number of great-grandchildren. It was their Christian duty as servants of The Lamb.

The colonization of México is not unique, of course. Nor is peer-pressed fecundity confined to the worshipers of Jesus of Nazareth, who was celibate as far as we are told. In many parts of the Muslim world, polygamy — in the limited “poly” sense of one rooster and many hens — is still sanctioned and confers social status. Fundamentalist (Christian) Mormons call it “celestial marriage.” These marriages produce far more offspring than dyadic arrangements even in the serial mode rather than parallel, and when coupled with child marriage, more generations within a single lifetime. A grim reaper of planetary proportions emerges from fecund families in Senegal, Indonesia and Utah and scythes through land fertility, threatened species, forests, and whatever remnants of hospitable climate may remain. Heirloom orchards fall to make room for cement subdivisions, single use plastics flow from rivers into bays, and more caves and canopies spill their viral inventories into the bloodstreams of invaders and domestic livestock.

In a recent piece for The Atlantic, Anne Applebaum relates a story of how when it came time to vote for the Universal Declaration of Human Rights in 1948, Saudi Arabia abstained because the document supported everyone’s right to “change their religion or belief.” In several branches of Islam, even today, choosing to leave the faith is a capital crime. So it is with the Catholic prohibition on birth control— by all means cut your foreskin if it marks you Judeo-Christian, but sever testicular tubing at peril of excommunication. In many countries, having greater numbers of children or grandchildren benefits political candidates (US presidents have 4.1 on average), as if fecundity signaled foresight instead of its opposite.

In the exponential sequence, numbers double to a given cadence — hourly, daily, weekly or whatever. 128 becomes 256 at the same interval as 2 became 4. Then 256 becomes 512, becomes 1024, and so on. As we get up into the higher numbers, the doublings are less easy to ignore. 8 billion becomes 16 billion becomes 32 billion. They come at us with speed AND power.

When I was born in 1947, the world held 2.5 billion humans. That seemed a large amount, but it took less than 40 years, or until 1988, to double to 5 billion. We may have already gone beyond Earth’s carrying capacity for such a troublemaking species by our 30th doubling to 1 billion. My father was born in 1908, just after that doubling. I may live to see the 33rd, to 8 billion. The exponential function, by the way, is also why SARS-CoV-2 is still so dangerous.

Many people reject the notion that we could already be beyond carrying capacity, but try to picture it like a marathon runner becoming dehydrated. If they pick up some water along the route and drink it, their body will refresh. If not, they’ll draw down reserves and go into deficit energy spending. Performance drops, then they get dizzy and start to stagger. Vision blurs. They may collapse. Up to some point the body can recover and regain its former strength. Carried beyond that, permanent damage can be done. We, as a species, have been doing permanent damage.

Climate chaos, the Sixth Great Extinction, deforestation, and desertification, migrant border camps and zoonotic spillovers are all symptoms of the disease that Pope Francis should really be apologizing for spreading.

The Catholic Church has been the Donald Trump of the population pandemic.

Help me get my blog posted every week. All Patreon donations and Blogger subscriptions are needed and welcomed. You are how we make this happen. Your contributions are being made to Global Village Institute, a tax-deductible 501(c)(3) charity. PowerUp! donors on Patreon get an autographed book off each first press run. My latest book, Plagued, is out now. A children’s version of Dark Side of the Ocean called Making Waves, may be out by Christmas. Please help if you can.