What is your climate pawprint?

"If US dogs had their own country it would be bigger than 200 other countries and likely be on the UN Security Council."

I mean no offense towards pet people. My daughter volunteers at an Animal Rescue Shelter. We always had a dog and a cat when I was growing up. I grew up taking care of horses. I’ve personally kept chickens, ducks, and rabbits.

It came to me that every time I lose a dog they take a piece of my heart with them. And every new dog who comes into my life gifts me with a piece of their heart. If I live long enough, all the components of my heart will be dog, and I will become as generous and loving as they are.
-Anonymous

But, after that caveat, I need to utter the hard truth that pets, in general, are bad for our planet. Given the knife’s edge between climate safety and human extinction, pets could hold the difference between a return to safety and our annihilation. And that is not because they teach us love. 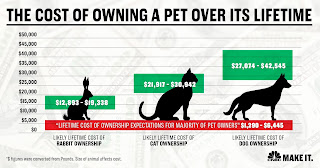 Given that dogs are already taking over major US cities (witness the large feral dog population in Detroit), the notion that they could control a whole country is not that far-fetched. Perhaps we should be worried more about them than genetically-modified transhumans or AI androids.
A recent UCLA study reported: 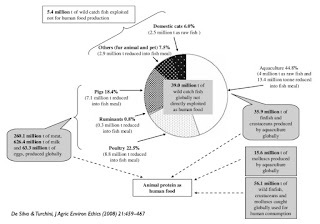 In the US, dogs, and cats consume up to 21% of the amount of dietary energy that humans do (203 ± 15 petajoules per year vs.1051 ± 9 PJ/y) and 42% of the animal-derived energy (67 ± 17 PJ/y vs. 206 ± 2 PJ/y). They produce up to 43% by mass, of feces (5.1 ± 1.9 Tg/y vs. 17.2 Tg/y), and through their diet, constitute about 25–30% of the environmental impacts from animal production in terms of the use of land, water, fossil fuel, phosphate, and biocides. Dog and cat animal product consumption is responsible for the release of up to 64 ± 16 million tons CO2-equivalent methane and nitrous oxide, two powerful greenhouse gasses (GHGs). Americans are the largest pet owners in the world, but the tradition of pet ownership in the US has considerable costs. As pet ownership increases in some developing countries, especially China, and trends continue in pet food toward higher content and quality of meat, globally, pet ownership will compound the environmental impacts of human dietary choices. Reducing the rate of dog and cat ownership, perhaps in favor of other pets that offer similar health and emotional benefits would considerably reduce these impacts. Simultaneous industry-wide efforts to reduce overfeeding, reduce waste, and find alternative sources of protein will also reduce these impacts.

With the recent UN scientific report on the biodiversity crisis, where do pets fit in? Perhaps they could be seen as a species consolidation, much like their owners. More and more species are being consolidated into fewer and fewer. This consolidation brings with it habitat uniformity, loss of ecosystem functionality, and destruction of intelligences and roles in the greater relationships that sustain life on Earth that we do not yet even fathom. 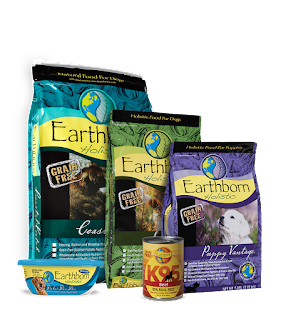 Cats have contributed to the extinction of 63 species of birds, mammals, and reptiles in the wild and continue to adversely impact a wide variety of other species, including 124 at risk of extinction, such as Piping Plover. Feral and domestic cats kill an estimated 1.3 to 3.7 billion birds and 6.3 to 22.3 billion mammals annually in the US every year, where songbird populations continue to decline. Nonetheless, common practice is to give cats access to the outdoors to prevent feline obesity and health and behavior problems arising from confinement stress (a euphemism for animal slavery).

We hear a lot about how our meat-based Western diet is contributing to greenhouse pollution but we should remember that dogs and cats tend to eat meat. Moreover, they tend to eat highly processed meat, so the negative effect grows as their food is manufactured, and again as it is packaged and transported.

The dramatic decline of wild capture fisheries has created concern about the practice of exploiting by-catch or “forage fish” — the unhunted collateral catch in giant seine nets — for fishmeal and fish oil, as feed for farmed animals (including aquaculture), and pet food. A very large part is sold untransformed (fresh or frozen) to the pet food industry. It is estimated that 2.48 million tons of raw fishery products go to the cat food industry per year. Add dry pet food and 13.5% of the total 39 million tons of wild caught forage fish is eaten by pets. It may seem innocuous because these are considered, at least by the fisherman, as “waste products,” but in fact, that by-catch is a critical food source in the marine food chain. There is a vast, unseen genocide underway. We are destroying the oceans to feed Tabby.

There are some straightforward solutions, but they are not particularly popular. Erik Assidourian writes:

Governments could facilitate [neutering] by strengthening the pet licensing system, for example, creating a very steep tax on pets (along with pet products and pet food) and tripling that tax for pets that aren’t spayed or neutered (so that only breeders would choose not to fix their pets).
***
Imagine, for example, if the pet culture shifted away from owning one or more pets per household to more of a “time-share” or Zipcar model? Reserving a play date with your favorite Golden Retriever once a week would reduce pet ownership — and the resulting economic and environmental costs — dramatically as people felt comfortable occasionally playing with a shared pet instead of owning one.

While we’re a long way from that future, a few services that promote pet sharing among pet lovers do already exist, like the online pet sharing platform, Pets to Share, and Californian-based nonprofit, citydogshare.org.

Of the more than 4,000 pet owners surveyed by the People’s Dispensary for Sick Animals, 93 percent said the decision of owning their pet makes them happier. That is a strong pull. If we are trying to cut down the number of pets the planet must sustain, we may need to ask what can we substitute for those sources of happiness. And, why are all those people unhappy to start with?

Scientists have identified the most effective actions individuals can take to reduce greenhouse gas emissions. Surprise! They are not buying better light bulbs, hang-drying clothing, or driving a more fuel-efficient or electric vehicle. They are tougher than that — things like having fewer children, living car-free, avoiding airplane travel, and eating a plant-based diet. We need to add going pet-free to that list of hard-to-do, high-impact changes.

It is not surprising that education systems and government reports do not focus on these sacrificial actions, because they are likely to be unpopular. But that lack of focus only makes it harder for people (especially for change agents like adolescents) to give credibility to the warnings or align their behavior with realistic reduction targets. It is time that changed.

If you are considering going out to join your nearest School Strike or Extinction Rebellion die-in, first ask yourself: what about your personal animal policy? What do you intend to do about that?

I try really hard not to be judgmental about people and their personal choices (lest I be judged), but truthfully, after learning these things I find it really hard to look pet-owners in the eyes without some small judgment entering in. I acknowledge that some pet owners will go absolutely ballistic after reading this, but if we are not able to face something as straightforward as this, how then will we solve the biodiversity and climate crises?

You ask about pet impact on the environment, "(I)f we are not able to face something as straightforward as this, how then will we solve the biodiversity and climate crises?" The obvious answer is the same as for whether we will effectively deal with any of the other things we do to destroy the environment. We won't.

I've known this is true, and it encapsulates the great moral dilemma we're caught up in. I have a cat, who I rescued as a kitten. My two previous cats were from the pound.

They consume so many resources, just like us. It begs the question of who's more valuable to euthanize, if we're really serious about not going extinct.