What Rough Beast Is This?

"A globally-networked economy cannot shrink; deprived of fuel for further growth, it must break."

We are recently returned from the Mother Earth News Fair in Kansas where we spoke of the promise of permaculture and carbon farming to reverse global weirding. We are always happier after attending these events because they are so grounded in real skills and vocations and full of hope for the future.

Bryan Welsh, publisher of Mother Earth News, Utne Reader and Grit and author of Beautiful and Abundant: Building the World We Want,  kicked off the event with an inspiring talk on the power of vision, and how to get it going in society.

Is it hopium? Are optimists only deluded? We don't think so.

Lately some of the most sane and foresighted preppers we know are beginning to question their own assumptions, if not their sanity. Oil production did peak in 2006, after all. All conventional liquid fuels, including biofuels, peaked shortly thereafter. This is 2014. We just filled up at the pump and paid less than $2.80 per gallon. Whatever happened to The End of Suburbia? 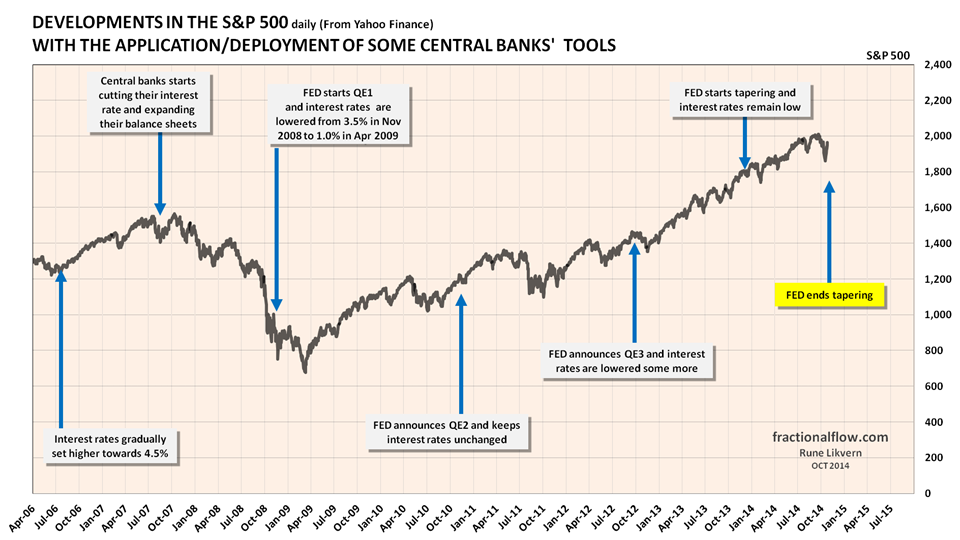 By sole dint of mass hypnosis, the United States had a good 3Q14 GDP, sending the stock market and the dollar to new heights. Gold closed Friday just below $1180/oz, ridiculing Goldbug warnings of sovereign default and hyperinflation. The two gold share indexes closed just above their 2008 lows and are poised to go lower Monday. Most analysts described this as a reaction to the QE program just launched by Japan. Outlier David Stockman (former Nixon OMB Director) described it this way:


In fact, this was just the beginning of a Ponzi scheme so vast that in a matter of seconds its ignited the Japanese stock averages by 5%. And here’s the reason: Japan Inc. is fixing to inject a massive bid into the stock market based on a monumental emission of central bank credit created out of thin air. So doing, it has generated the greatest front-running frenzy ever recorded. The scheme is so insane that the surge of markets around the world in response to the BOJ’s announcement is proof positive that the mother of all central bank bubbles now envelopes the entire globe.


The human mind, apparently unlike that of other primates, can hold two different explanations for experiential phenomenon at the same time. That does not always produce cognitive dissonance. We are unique among primates in having a frontopolar cortex that permits multitasking, including undertaking countersurvival activities such as simultaneously driving and texting.

This helpful anatomical asset allows us to hold contrary explanations for our experiences until at some point we find evidence to support one explanation over another. We do this by categorizing features like the redness of an apple, the sweetness of honey, or the sound of an owl but withholding the conclusion that what we are experiencing is an apple, honey or an owl. Instead, we hold the experience at the initial layer of our epistemic contact with reality, a layer we can then use as the basis for more sophisticated categorization into our beliefs and theories. That is where the mischief is done.


Many farmers are now forsaking the plow for these very reasons. Their beliefs about the not-immediately-apparent realities have changed. They are planting perennials and using no-till organic techniques that turn back the clock to the way societies functioned before agriculture. With that shift comes a return not merely to nutrient-dense and more delectable seasonal cuisine but to steady-state economies, redefined gender roles, and abandonment of faith in wage slavery, or student loan and health plan indenture systems.

The re-examination of agriculture is long overdue. It is, to borrow from Yeats, twenty centuries of stony sleep vexed to nightmare by a rocking cradle. 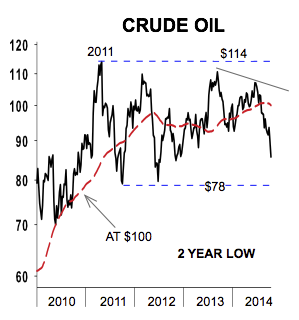 In 2006, when we published The Post Petroleum Survival Guide and Cookbook, we assumed the post-peak decline slope would be steeper than it has been now, 8 years after the peak. What we are holding in our frontopolar cortex is not peak oil per se. That is already a fait d'accompli. What we are holding there are different explanations as to what has happened and what happens next.

Of course, there are many things that we cannot know because they are hidden from our view. So, for instance, there is a popular narrative, put forth by the White House and captive media that Russia fomented popular unrest in Ukraine to enable it to seize Crimea and now to threaten Eastern Ukraine with annexation. We know that is a complete fabrication thanks to Wikileaks-exposed secret State Department cables, courageous reporters

Turning and turning in the widening gyre
The falcon cannot hear the falconer;
Things fall apart; the centre cannot hold;
Mere anarchy is loosed upon the world.

W.B Yeats, The Second Coming
Posted by Albert Bates at 9:18 AM

As I move about friends and family and see the different "takes" on our current problems, the consensus is that, indeed, things have changed. What's disturbing is the usual beliefs that things will be as usual buoyed by the price at the pump, some new gizmo, or the hope of the upcoming expenditures of our Xmas season. Doesn't cross into the consciousness that this spending will be not in real money but in increasing debt that most families really can't afford. I am hopeful that with the passage of time, more folks will withdraw from the media blitz long enough to listen to that little nagging voice that says something is amiss and perhaps the nurturing of compassion and community will prove the ultimate reality of our being.

I will say that prepping in isolation is better than not prepping at all, especially if that isolated prepper is willing to accept refugees from BAU when "things fall apart".

And when one is still learning the finer points of rural sustainability, which I see as being able to live without money or other outside inputs, keeping to oneself until one is truly able to offer concrete instruction to others is far superior to "tooting one's horn" without any truly solid knowledge base. There are plenty of posers out there already, we don't need any more.

Still prepping, but got my own PDC last fall here, and trying to begin to apply the principles on our land in in our lives.

As a refugee from the the BAU loving American middle class, I often find myself swimming upstream against the currents you describe in your post.

It's a hard, long row to hoe, isn't it? And no promise of a good outcome. Still, it makes me happy to see so many folks willing to do what they can to be the change they want to see, in the face of denial.